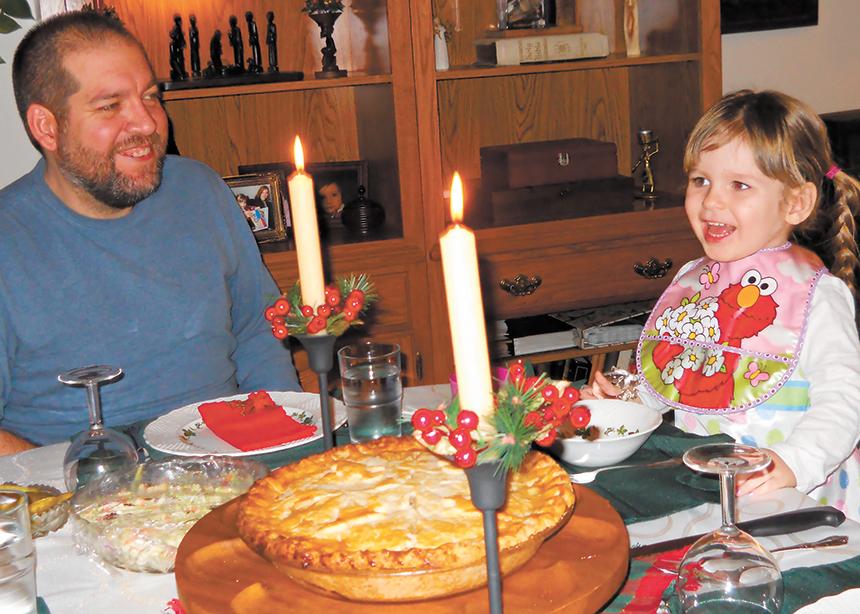 Celebration is necessary for survival. It renews the spirit and recreates hope. It nourishes and strengthens both giver and receiver, and it helps to lighten the crosses in our daily lives. That’s what our friends at the Christian Council of Mozambique taught us over and over again in the 1980s, when Mennonite Central Committee (MCC) provided food relief during a time of devastating civil war in their country.

At our farewell, they served us a lavish feast prepared by staff who spent hours searching for chicken from a market across town, vegetables from someone’s struggling garden, and rice and Coca-Cola from the foreign currency shop. Then, when the feast was ready, our plates were piled high and we were urged to eat until our stomachs were fit to burst. Meanwhile, we knew that some people at our table would be hungry the next day. That was one of the most painful, precious and joyful times of our lives.

These days, in the midst of political upheaval and growing concerns for the future due to climate change, we, too, cannot give in to anxiety and despair. We must continue to celebrate the birth of new possibilities with expressions of hope, love and joy, around food, song and cheer, as our Mozambican friends exemplified. Jesus also celebrated around food.

In 1973, I first made tourtière, a French-Canadian meat pie, at the beginning of our second MCC Teachers Abroad Program assignment in Zambia. As the holiday season approached, we were feeling homesick, so we decided to make a Canadian meal, hoping this “taste of home” might also help our two preschool sons develop a bit of Canadian identity.

This pie recipe, discovered in an old Purity Flour cookbook, soon became the centrepiece of our family’s Christmas Eve celebrations. Served with sides of Manitoba wild rice pilaf and french fries, along with a rich array of multicultural delights, such as African kale and kapenta (fish) relish, Vietnamese spring rolls and English mincemeat tarts, contributed by guests who were also missing home, the meal reflects something of the cultural mosaic that is part of the Canadian dream.

Over time, this pie has undergone many transformations. It has become healthier and more earth-friendly, with less meat and more vegetables in the filling, and gluten-free options were suggested by family and friends, including a daughter-in-law with French-Canadian roots who grew up with this tradition.

One thing remains the same. Each time we’ve shared this dish with friends in Canada and abroad, our lives have been enriched by their responses. For example, on Christmas Eve at home in Winnipeg in 1977, Alphonse, a shy, young Chipewayan friend who stayed with us while his mother was in hospital nearby, picked up Peter’s guitar after supper and softly sang the carols he had learned as a child.

Then he enchanted our wide-eyed young sons with stories of Christmas on the trapline: a menu that included bannock, perfectly preserved frozen cranberries from beneath the snow, and whatever meat was available, such as pickerel, ptarmigan, caribou and rabbit, roasted on a spit. And the gifts always included mitts and moccasins, made of soft deer-hide, beautifully beaded by his mother.

By the time his tales were done, all of us, like the “children of the forest free” in the “Huron Carol,” were paying homage to “the Holy Child of earth and heaven,” who brings us comfort and joy each Christmas as we celebrate the birthday of hope and new possibilities for peace on earth, good will to all. “In excelsis Gloria.”

For the recipe, visit canadianmennonite.org/tourtiere. 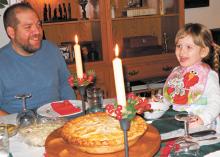