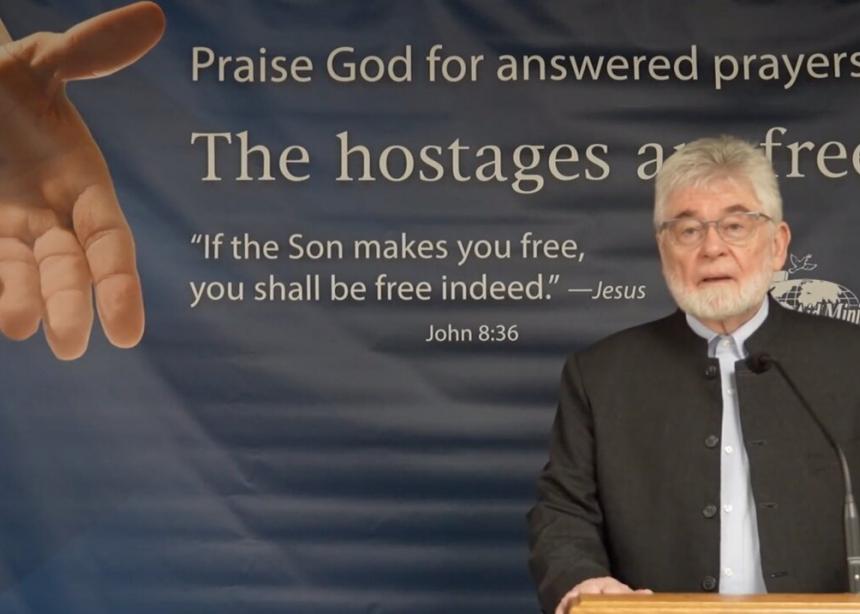 After a two-month ordeal in Haiti, the last 12 kidnapped staff members of Christian Aid Ministries made their way to freedom on Dec. 16, 2021.

Seventeen people were taken hostage by the “400 Mawozo” gang in October. Christian Aid Ministries (CAM), which is supported by Amish and Conservative Mennonite churches across Canada and the U.S., confirmed the safe return of its staff members in a press release on Dec. 20.

“Everyone, including the 10-month-old baby, the three-year-old boy and the six-year-old boy, seem to be doing reasonably well,” David Troyer, CAM’s general director, said in the release. “We thank Almighty God, who so wonderfully answered our prayers!”

The hostages were not hurt or abused during their captivity. They were provided with food and water, though it was barely adequate. Hygiene supplies and sleeping mattresses were also provided but they were limited. The hostages were pleased that they were not separated and were able to sing and pray together. They were also thankful that they had the opportunity to be allowed outdoors in the daytime and that the children were well provided for.

Two hostages were released on Nov. 20 and another three on Dec. 5. No reason was given for these releases and CAM did not comment on whether any ransom had been paid.

The last 12 hostages believe that it was God who led them to escape. In the middle of the night on Dec. 15, they were able to quietly make their way out of the house where they were confined. They walked about 15 km. to freedom. They had planned the direction of their escape because in daylight, in the distance, they could see a mountain landmark that they recognized.

Throughout the difficult journey they felt that God was leading them to safety and at dawn they found someone who helped them make a phone call for assistance. Later that day they all flew to Florida where they were reunited with the other hostages who had been freed earlier.

Troyer credits the staff members’ safe return to many prayers, not only by the hostages, but also by their friends, families and churches.

His Dec. 20 statement included a message to the gang responsible for the kidnapping.

“We do not know all of the challenges you face,” Troyer said. “You caused our hostages and their families a lot of suffering. However, Jesus taught us by word and by His own example that the power of forgiving love is stronger than the hate of violent force. Therefore, we extend forgiveness to you.”

The headquarters for Christian Aid Ministries is in Berlin, Ohio, with Canadian headquarters in Moorefield, Ont. The organization was founded in 1981, and it has been working in Haiti for 30 years.