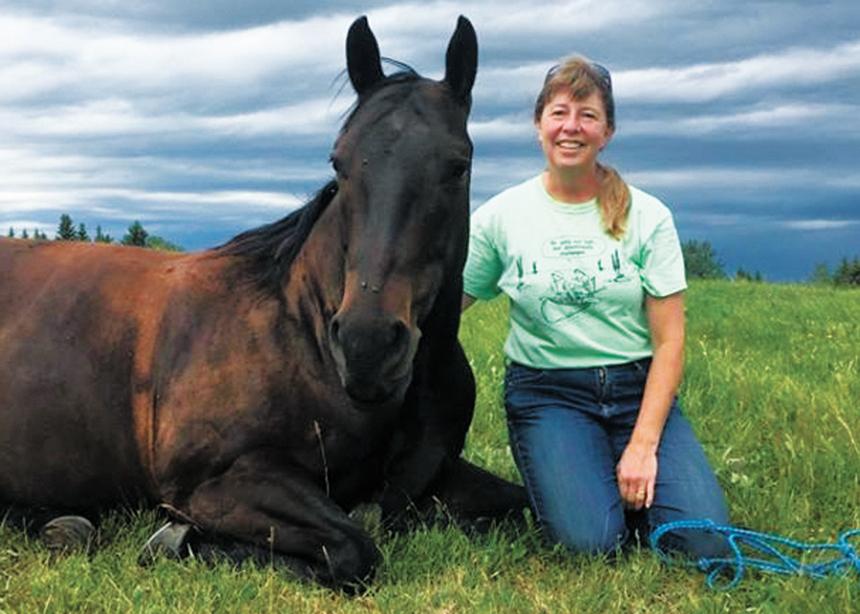 When she began as a correspondent on Sept. 1, 2000, replacing Neil Funk-Unrau, her very first story was about the new camp directors at Camp Valaqua. It is not surprising that this camp has been close to her heart, since she and her husband Tim served as directors at Valaqua for eight years before she began her CM assignment.

During most of her time as the Alberta correspondent, Wiebe-Neufeld also served as a co-pastor at First Mennonite Church in Edmonton, and her writing often reflected the heart of a pastor. She wrote with compassion about people suffering from poverty (Dec. 18, 2006), chronic pain (May 27, 2013), mental illness (May 22, 2017), or the aftermath of suicide (May 21, 2018). She often challenged her readers to follow in the footsteps of Jesus, not by lecturing but by exposing her own deep struggles to do the right thing (Feb. 12, 2018).

Alberta’s cycles of lean and fat economic times have been reflected in her stories. In 2006, there were stories about churches building additions and immigrants struggling to find housing, but by 2018 she was describing Alberta’s anxieties over the pipeline debate. At the same time, she also wrote many articles showing that Mennonites in the province were concerned about their relationship with Indigenous people, and that they took creation care seriously.

Another ongoing series of stories by Wiebe-Neufeld dealt with the relationship between Muslims and Christians. A respectful dialogue began in Edmonton in 2002 after Muslims came to MCC Alberta to check out this organization that was sending blankets to Afghanistan. The annual dialogue continued and has now expanded to Calgary.

Her feature articles gave thoughtful perspectives on current issues affecting people in the pews. Among these topics have been how organized sports affects the church (Feb. 4, 2008), whether Christian organizations should use lottery funds (April 19, 2010), the importance of safety policies for congregations (April 30, 2012), how the church is changing (April 28, 2014), and how to go about closing a congregation (Feb. 12, 2018).

After an MCC learning tour to Israel/Palestine in 2008, she reflected on her experience in a longer piece, providing excellent photos to help tell the story (Sept. 15, 2008). This was one of her first cover photos for the magazine. Another feature, which warranted not only the front cover but also a two-page photo spread, dealt with empty churches in Montreal (April 28, 2014).

Over her 18-year career with Canadian Mennonite, Wiebe-Neufeld provided 11 cover photos and about 385 stories. Some dealt with annual events such as Songfest, relief sales, youth snow camps and historical meetings, while other stories were about momentous happenings, such as the Fort McMurray fire or the flood in High River. She also provided many personal profiles of how Mennonites in her province have gone the extra mile.

Alberta stories have been well-covered under Wiebe-Neufeld’s time as correspondent. Dan Graber, the former MC Alberta regional church minister, says, “Donita was always on the lookout for stories, events and even pertinent theological issues to share. Plus, she was always eager to take pictures.”

This article appears in the April 15, 2019 print issue, with the headline “Correspondent hitches her horse to a different wagon.” 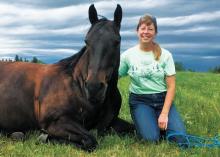 Donita's contribution to Canadian Mennonites, broader than the magazine, extends beyond Mennonites as well. Her concern and care for "the other" is broad and deep. We were in the same worshipping community, First Mennonite Church in Edmonton, during my recent time as their intentional interim pastor. I experienced Donita as the real thing: honest, open, direct, courageous, compassionate. If you're interested in contributing to the wellness of the least and the lost, follow Donita!