Both ends of the pipeline 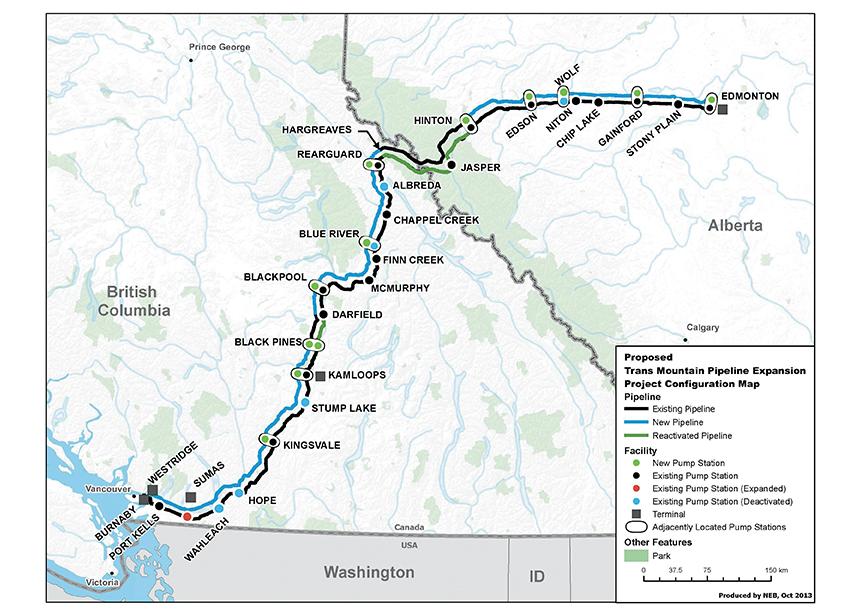 But what is happening in Mennonite churches at the other end of the pipeline?

At Trinity Mennonite, on the south side of Calgary, Pastor Will Loewen listens to trains carrying oil rumble past his church building every day. While clearly unwilling to be “painted into a side on the issue,” he would rather have that oil travel in pipes.

Issues surrounding the controversy are complex and polarizing, often pitting economic and environmental claims against each other, and making conversations uncomfortable. While there are certainly cogent arguments of all sorts, it is crystal clear that the oil economy is important, perhaps crucial, to Alberta. Many Alberta Mennonites rely on jobs resulting from the energy industry, and both MC Alberta and MC Canada receive significant funds from the offerings of people earning a living in the oil industry.

In a May 20 sermon at Edmonton First Mennonite, speaker Donna Entz asked a key question. “Steve Heinrichs went back home to B.C. to stand in solidarity with the Indigenous people protesting the pipeline,” she said. “But here in Edmonton I walk with a neighbour, who for three years is not yet out of a financial hole . . . since the downturn in the oil industry. What might justice look like for him?”

The question of justice is applicable along the whole length of the pipeline and includes those who rely on the industry for a living.

“I am proud of the devotion my church members have at their jobs in the oil economy,” Loewen says. “They work hard within stringent safety and environmental regulations. Using their God-given gifts and personal passion to make improvements around efficiency and the environment as a part of their faith is what we ask of all people in professions in all industries.”

Pastor Werner DeJong of Holyrood Mennonite Church in Edmonton is concerned about the environmental implications of a continued reliance on fossil fuels and of possible spills on a fragile coast, yet does not see the issue as black and white.

He would like to see some important questions asked. “I question if it is realistic at this point in time for Canada to produce all of its energy from green sources,” he says. “Can we stop producing oil in Alberta today? Tomorrow? How much oil do we need to keep on producing in order to help transition to a clean energy economy? And if we do still need to produce oil, how can we get it to market? . . . In the midst of the very intense debate, these are the kind of questions that I would like to have answered, or at least discussed.”

Loewen does not trust what he is hearing on either side of the issue. Instead, he says, “I would be far more interested in hearing a conversation around the First Nations community response to this issue. A number of First Nation communities support the pipelines and rely on it for much-needed job support.”

Harold Schilk, the pastor of Springridge Mennonite in Pincher Creek, led a discussion on May 20. “When I brought this incident up with the Springridge adult Sunday school class, general thought was that pipelines are better than rail tankers, and that if we are going to continue to be a petrol-consuming society, that we will need to support our development of this resource. Not to do so is inconsistent with our consumptive practices,” he says.

“If we are to envision a more renewable world, then we will have to actively work towards that,” he adds. “In the meantime, stop-gap measures will likely have to happen, and that could very well mean further pipeline construction. Economically, we in Alberta especially would welcome that. In the long-range view for a more sustainable caring for God’s creation, we need some prodding to decrease our dependence on the fossil-fuel lifestyle. Perhaps Steve Heinrich’s action a few weeks ago was a poke of God’s goad?”

The pastors interviewed for this article express respect for Heinrichs and his willingness to stand with the Tsleil-Waututh First Nation. However, serious reservations about his actions and arrest are also being expressed.

Loewen raises the spectre of western alienation, pointing out how the actions of Heinrichs can lead to other voices in the church feeling silenced. “I know Steve and respect his passions, but I interpret his actions as being representative of Manitoba [where Heinrichs lives and works], not Canada. His actions make it even harder for various members of our congregation to feel any sense of connection to the national church and its staff. Salaries from oil company staff and profits from oil company investments are part of the funds voluntarily contributed to pay his salary,” Loewen says.

DeJong sums up the thoughts of many Alberta Mennonites when he says: “I very much favour informed discussion on this issue. One concern I have is that the heated rhetoric coming from some people on both sides [especially at the political level] is undermining our ability to listen deeply and intelligently to all concerns and perspectives. A related concern is that this debate has significant potential to divide Canadians, and to pit residents of Alberta against residents of British Columbia. Finally, I am praying regularly that God would give wisdom to all leaders who are involved in making this decision, and that the decision-making process would lead to greater reconciliation, and not greater division.” 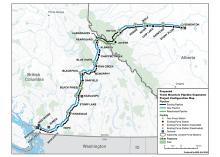 As a family of conferences, can we engage in conversation that seeks to align our concerns for Creation with constructive action, not just protest?

Can we be a part of a solution? 10 years ago who could have imagined that diesel fuel could be refined to have 15 parts per million sulfur? If we reason together, learn from one another, we can make solutions that are sustainable, implementable and useful.

If we only bark at the darkness... we have no faith that a morning dawn will come.

Wisdom and deep listening are indeed what is needed today, along with courage. I believe all of these are represented by the Coast Protectors and by people like Steve Heinrichs and Henry Krause.

I recently became a grandfather for the first time. If I live long enough, I suspect that one day my grandson will come to me and ask: “Why, Grandpa? Why couldn’t your generation see what was coming? How did you allow this dependence on fossil fuels to get so out of hand? How could anyone have even imagined that something as monstrous and planet-destroying as the bitumen sands was a good idea?”

All the signs, and the major academic studies, point to a future where governments will wisely, and quickly, abandon their reliance on fossil fuels. Those governments which don’t recognize these signs will be left with the economic burden of having invested billions of taxpayer dollars in something that has become worthless. It is almost literally like the foolish man in Matthew 7: A man builds his house on bitumen sands; “The rain fell, and the floods came, and the winds blew and beat against that house, and it fell—and great was its fall!”