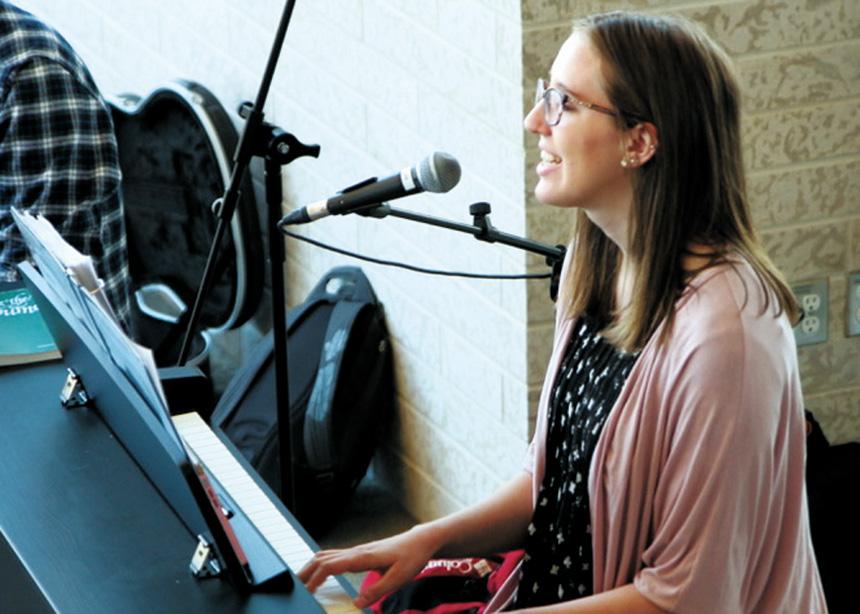 Mennonites are stereotyped as people who love singing and forming committees.

Anneli Loepp Thiessen fulfills both of these stereotypes. The 23-year-old is one of 12 people from Canada and the United States who make up the Voices Together committee charged with making a new Mennonite hymnal planned for release in 2020.

Loepp Thiessen is a master’s student at the University of Ottawa studying piano performance. She says it was a “no brainer” to become involved with Voices Together.

“I love singing and I love congregational singing. I think what I can contribute to the committee is my experience with a variety of types of music,” she says.

Growing up, she attended a number of Mennonite churches with her family that were both hymn-focused and contemporary music-focused. She went on to pursue a bachelor of music degree at Canadian Mennonite University in Winnipeg, focusing on music ministry and performance.

She thinks the varieties of music in Voices Together serve different spiritual purposes, which she appreciates.

“They all offer something different,” she says. “With contemporary worship music, it might be repetitive, and the lyrics are more simple, but it allows me to get into a different reflective space. A hymn, with its really rich and . . . more academic text, often pushes me to think more critically in a really wonderful way.”

Bradley Kauffman, the general editor for Voices Together, says the generational diversity of the committee is a strength. “We have members whose worship experiences were formed by Mennonite Hymnal, 1969, Hymnal: A Worship Book, 1992, the supplements, and others formed significantly by contemporary worship movements. Holding these voices in respectful and curious conversation has forged close bonds among the committee,” he says.

Kauffman adds that Loepp Thiessen brings a lot to her role on the committee: “From the beginning, Anneli has brought insightful and paradigm-challenging questions. She has embraced the significant workload and learning curves inherent in this rewarding project.”

Some of those paradigm-challenging questions are a result of her age, experience and values that are common among her peers. For them, she says, it matters less what kind of music is sung in church. What matters are what words are sung and who wrote them.

“The bigger push I have from people in my generation relates to inclusive language and diversity in whose works we’re using,” she says.

Loepp Thiessen is supportive of the committee’s work to feature more contributors who are women and people of colour, changing some of the texts to reflect the diversity of Mennonites, and changing texts to reflect different understandings of God, including more feminine interpretations.

A hymnal for everyone

The new hymnal will still include some of the classics that are beloved from the previous iterations but it will also include newer favourites.

Loepp Thiessen says she hopes that young people will find it spiritually nourishing. “The 1992 hymnal was amazing and so well respected. It served us so well for so long, but there’s been so much that’s happened in the last 30 years. Now there’s a push for inclusive language, including Indigenous voices, for representing the broad spectrum of music that Mennonites sing. It’s an opportunity for us to listen to what Mennonites in Canada and the U.S. are singing and reflect that in the book,” she says, adding, “We’re trying to make a book where everyone from a Mennonite congregation can open it up and feel like they’re represented on the pages.”

A number of song and liturgical resources are available from Voice Together online at voicestogetherhymnal.org. The full print version of Voices Together is set to be released in September 2020. 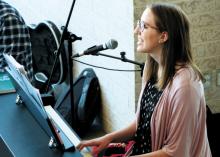