Voices Together announced as title for new hymnal

Final phase of fundraising begins in Canada and the U.S. 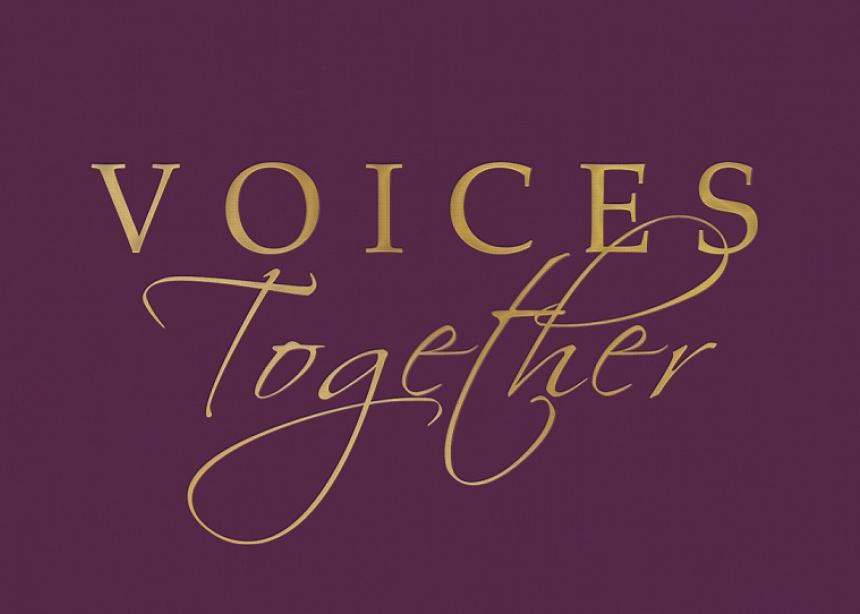 The new worship and song collection for Mennonite Church U.S.A. and MC Canada will be called Voices Together.

“In early February, more than 900 people responded to a title and cover survey we released via our MennoMedia Facebook page,” says Amy Gingerich, executive director and publisher at MennoMedia. “Of the four title choices offered, Voices Together was the clear favorite.”

Simultaneously, MennoMedia announced the launch of a final fundraising phase for the project, called Voices Together, Giving Together.

As of mid-May 2018, $465,000 toward the $700,000 (all funds in U.S. dollars) fundraising goal had been pledged or given for Voices Together. As a small church agency, MennoMedia does not have the cash reserves to undertake such a large project and is working to cover all development costs for this hymnal with donations.

In Canada, an anonymous family foundation in Ontario has offered to match all donations to Voices Together, up to $15,000. This is a dollar-for-dollar match and open to anyone, beginning immediately.

Gingerich says that Everence and Mennonite Central Committee U.S. have stepped up as partners, offering a combined $100,000 matching gift for any new donations to the hymnal project.

“I believe these very generous matching gifts will spur generosity across the church to help MennoMedia finish off the new hymnal,” Gingerich says.

Bradley Kauffman, general editor of Voices Together, says, “The church is made up of diverse, sometimes disparate voices. When we gather together for worship, we form the body of Christ. Voices Together celebrates the miracle that takes place when two or three form a communion of believers.”

Voices Together will include spoken words for worship, visual art and songs. All of these together give shape to vibrant worship. The word “voice” is both a noun and verb. It is expansive, evoking ideas of both sound and conviction.

“The title Voices Together opens space for multiple dimensions of what we hope to offer in this new collection,” says Kauffman. “It honours the many voices in our churches and in our approaches to congregational song.”

Once the hymnal had a title, senior designer Merrill Miller started on its cover. Many colours were evaluated as possibilities, but purple was chosen because of its worshipful connection.

The new Voices Together hymnal will be available in Fall 2020 in the following formats: pew edition, projection edition, large-print and keyboard edition, musical accompaniment edition, worship leaders edition, and an app.