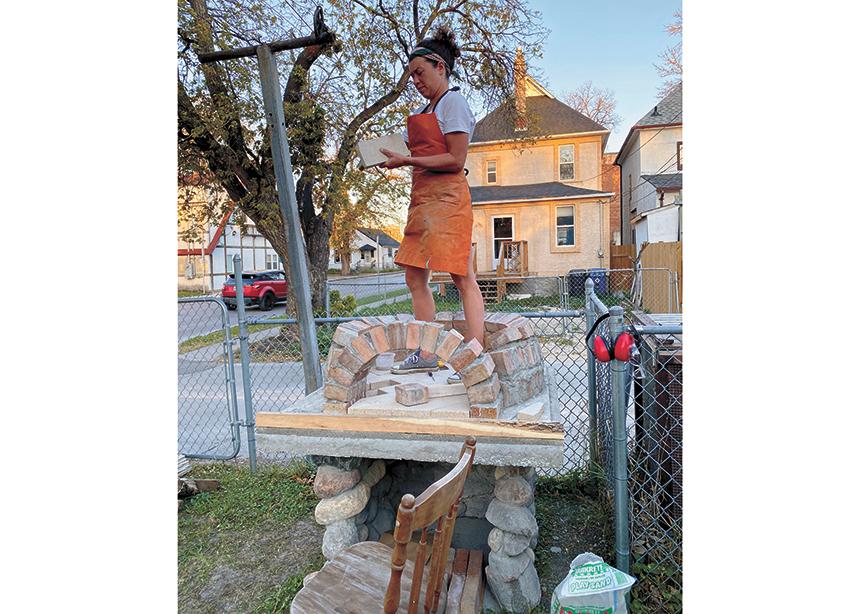 One might be able to live on bread alone, at least according to Jacquie Loewen.

The resident of Winnipeg’s West End neighbourhood has spent the past year building a stone oven, learning to bake bread in it, and sharing this bread with her neighbours—all from the comfort of her own backyard.

“I have a really deep feeling that people should have good food,” says Loewen, 40, who works as an actor, stunt performer, fight choreographer, writer, director and producer. “I thought, ‘I want to do this for myself, and why not give the people who I live with the opportunity to eat good bread for whatever they want to pay for it?’ ”

Loewen, who completed Canadian Mennonite University’s Outtatown program in 2001, says the food her low-income neighbours can afford isn’t nutritious enough. Her backyard bakery, which was open every Wednesday from June until October in 2022, is thus founded on “reciprocal generosity.”

“I give them the bread, and they give me what they want to share in return, and it creates an equitable relationship,” she says, noting that she expects a reasonable payment, with an exception or two. “There’d be this one kid who’d always come by and want bread, and I’d be, like, ‘I’ll give you as much free bread as you want.’ ”

Baking loaves of bread for her neighbours was not necessarily what Loewen had in mind when she first began building her oven. She says she has a need to build things, and her unemployment throughout the COVID-19 pandemic gave her the chance to do this from her home of 12 years.

In addition to her oven, Loewen has also built a deck and firepit in her backyard, where she speaks with neighbours passing by each time she works outside. “It’s a long-form performance art project,” she says.

Loewen’s house is situated on a prominent corner lot in her neighbourhood. She chose to embrace her yard’s prominence with a low chain-link fence rather than attempt privacy with a higher one, as others have done.

“Sure, then nobody can see in, but then I can’t see out, and then what? You’re just going to let the world go to [pieces] because you don’t see it?” she explains.

Those who know her know this awareness and compassion are at the core of her backyard bakery, and her life overall.

“Jacquie has lived there with her eyes wide open to what’s around her,” says her aunt Lynda Loewen, who works as a social worker. “When she takes action, there’s a really deliberate connection between the needs that she knows are there, and what she’s doing. It’s not what she imagines, or what a survey told her, or what she learned from a textbook. It’s because she knows her neighbours and she lives with her neighbours.”

Michelle Burkowski, Loewen’s neighbour of 12 years, can attest to this: “She’s not afraid to talk to anyone walking by. She’ll help anyone.”

Burkowski says her sociability is one that catches on. “She’s a great role model. I’m talking to way more people now because of how she interacts,” says Burkowski, and she is not alone in this. The backyard bakery has “been a real community, and a place to gather” for the whole neighbourhood, Burkowski adds.

For Loewen, however, the backyard bakery needs improvement—or at least her bread does. “I don’t feel like I’ve hit my best,” she says. “But a bunch of people are really happy with it, and I’m, like, ‘Fine, I’ll do it again.’ ”

She plans to have her backyard bakery in business again as her schedule allows in 2023.

Related story:
Pacifism and the art of theatre combat 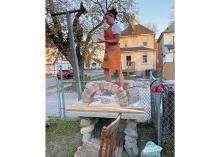