Pacifism and the art of theatre combat

‘I think that the idea of not making war is very different than making everything calm’: Jacqueline Loewen 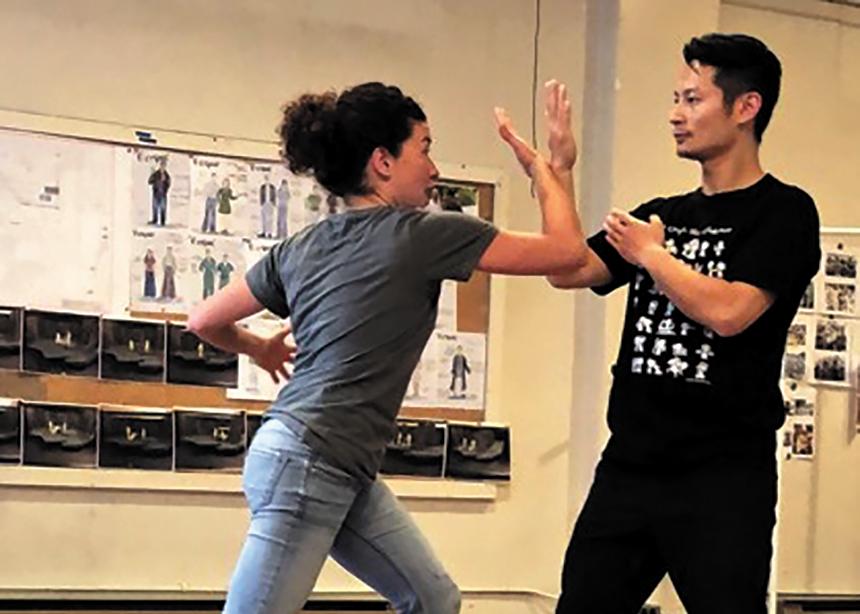 Loewen, 36, is well-versed and well-known in the theatre world. She is an actor, stunt performer, writer, director, producer and fight choreographer, who has worked with the Royal Manitoba Theatre Centre (MTC), Prairie Theatre Exchange, Rainbow Stage, Manitoba Opera and Little Opera Company, to name a few.

A highlight in her career came last year, when she took on the task of choreographing a four-minute kung-fu fight sequence for Vietnamese-American playwright Qui Nguyen’s Vietgone, a play at the Royal MTC Warehouse.

“Fight choreography is really great because you’re working with the most intimate part of the story,” she says. “You’re never more intimately involved with somebody than when you’re trying to make love to them or kill them.”

As an in-demand fight director, Loewen has a lot of experience with scuffles and brawls on the stage. But she’s not so comfortable throwing a punch off the job, because she also identifies as a Mennonite and a pacifist.

Born and raised in a Mennonite family in Winnipeg, she grew up attending Jubilee Mennonite Church in the city. She’s used to playing the Mennonite name game. “I very much am enmeshed in a Mennonite ethnicity. I mean, I’m a Loewen on both sides,” she says. She also went to Guatemala with Canadian Mennonite University’s Outtatown program in 2000-01.

Pacifism was a part of that Mennonite upbringing, but Loewen says her combat work and pacifist values don’t conflict at all. “It isn’t a conflict, because I’m making art with people onstage. I think that passivity in art is death,” she says.

She explains that art should not attempt to calm through placid disengagement, but should actively engage, which can sometimes get gritty and confrontational.

“Pacifism is very important to me, but it means something different to me than I think it did when I was growing up,” she says. “I think that the idea of not making war is very different than making everything calm.”

When she creates fights for the stage, Loewen aims to expose the essence of the conflict in the narrative, and contribute to the story. She tailors it to the characters and actors, so each movement fits with their capabilities and strengths.

Loewen began her adventures in acting at the University of Winnipeg, where she studied theatre and stage combat, and soon found herself acting as a stunt double on screen in CBC’s Murdoch Mysteries. She also acted in Hot Thespian Action, a sketch comedy troupe from Winnipeg, before moving to Vancouver for a year to pursue her career.

“I guess it all sort of happened because of things I was interested in, but I was always doing them just for fun until I started my ‘real life,’ ” she says. “And then suddenly I realized one day, this is my real life. Some people are in banks right now or sitting behind a desk doing whatever it is that people do in the real world, and this is what I get to do!”

Her job isn’t just strategizing skirmishes, though. It’s about using movement, action and tension to engage the audience. “I’m just fascinated by how you embody story and communicate story just through being it and doing it, not through talking about it,” she says.

Loewen is playing with these dynamics in the new show she is creating for this summer’s Winnipeg Fringe Theatre Festival. Yellow Den, the working title of her play, is an adaptation of the short story, “The Yellow Wallpaper,” first published in 1891, intertwined with interviews of Loewen’s grandma in the 1970s. She will experiment with how to use set architecture, audience placement and movement to create sentiments in the audience—specifically those of discomfort—to match the storyline. 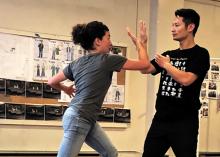