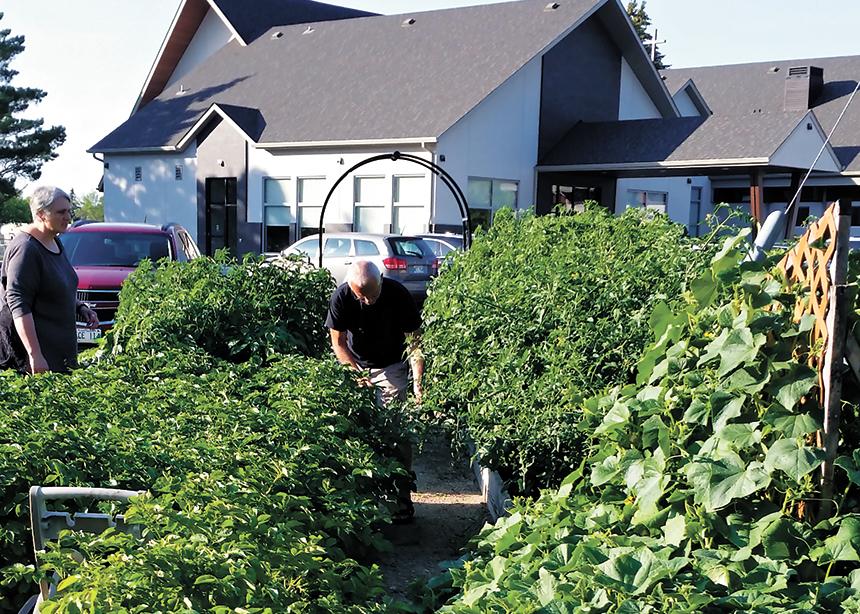 In the summer of 2004, Joy Neufeld opened the first soup kitchen in Steinbach. Fifteen years later, Soup’s On is still serving its community and is thriving.

Neufeld, a member of Grace Mennonite Church in Steinbach, started the project because she loved working in the kitchen. “I just love cooking and baking, but the last thing Steinbach needed was another restaurant,” she says.

What she did see was a growing need to address poverty in her city. “I happened to work for an organization at the time, where I frequently saw people in poverty,” she says, which led her to do some research and visit organizations like Agape House and Anna’s House in Steinbach that provided assistance to people in need. She discovered that the people on the frontlines were saying over and over that there was a need for a soup kitchen in Steinbach. “We are a city; we have all the problems and concerns other cities have,” she says.

“I felt God calling me to help,” Neufeld says. “I just thought, this is it, this is the answer.”

Grace Mennonite donated the use of its basement and kitchen, so she didn’t have to start from scratch. The church is a major support to the project, since Soup’s On doesn’t have to pay for any expenses like rent or water. “They are as gracious as their name,” Neufeld says.

But the church wouldn’t have enough resources or energy to run the project on its own, she says. It is also very much an effort of the whole community.

Soup’s On provides free suppers every Tuesday and Friday, serving from 40 people to as many as 80 per meal. Neufeld says the number fluctuates so much that it’s difficult to predict, so she just tries to be prepared and adjust accordingly to last-minute changes. The soup kitchen also provides breakfast and lunch programs for schools in the Steinbach area.

A few years after Soup’s On began, Grace Mennonite started another project of its own: a garden. A tangle of vegetables soon sprang up beside the church and has been returning consistently every summer for about a decade.

A group of about eight congregants help with the garden, gathering every Tuesday evening to work. A couple rows of beds, about three metres long and two metres wide, provide vegetables that are given to the Soup’s On kitchen.

Although the garden was not Neufeld’s idea, and she is not involved in its care, the garden team consults with her every spring to see what vegetables will be most useful in the soup kitchen. Team members then grow, harvest, prepare and deliver the vegetables to her kitchen.

“I am just the lucky recipient of all that produce,” she says. “It’s a tremendous program, the garden. It’s an amazing help.”

This summer, the garden produced cucumbers, tomatoes, peppers, onions, potatoes, radishes and carrots. It also has rhubarb, a cherry plum tree, a few apple trees and grapevines. Last year, the garden team made about nine litres of grape juice, which the church used for communion.

Despite having to relocate the garden, due to church renovations, it grew well this summer, says Larry Friesen, garden coordinator and a member of Grace Mennonite. It was a dry summer but, thanks to the church’s irrigation system, the plants are now gorgeous.

Once a week, kneeling in the damp soil picking weeds and nurturing the fledgling plants, congregants have an opportunity to share updates on their lives and connect with each other. “For us, it’s a bit of a fellowship more than anything,” Friesen says. They have wiener roasts and share snacks together occasionally, and usually end the season with a harvest potluck supper.

But the most rewarding part of it all is seeing the patrons of Soup’s On enjoy the vegetables, says Friesen, who sometimes volunteers in the kitchen.

Neufeld’s cucumber and tomato salad is a favourite among the diners, and she always hears appreciative comments about the fresh vegetables. “Any time you can have fresh vegetables out of a garden is a benefit,” says Friesen.

The garden requires only about an hour of work once a week, which is a small investment for the reward that comes as a result, says Friesen. “To see people enjoy what Joy will put out, and come back for seconds and thirds, or give her a hug or a thank you after a meal, it’s worth everything we do there.”

This article appears in the Sept. 30, 2019 print issue, with the headline “Vegetables harvested, soup’s on." 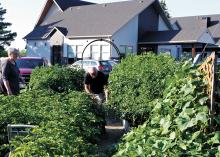 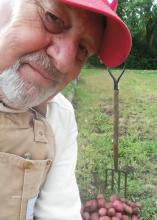 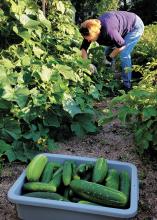 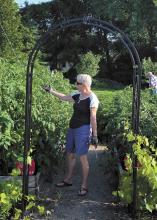