Watch: Four songs instead of a sermon 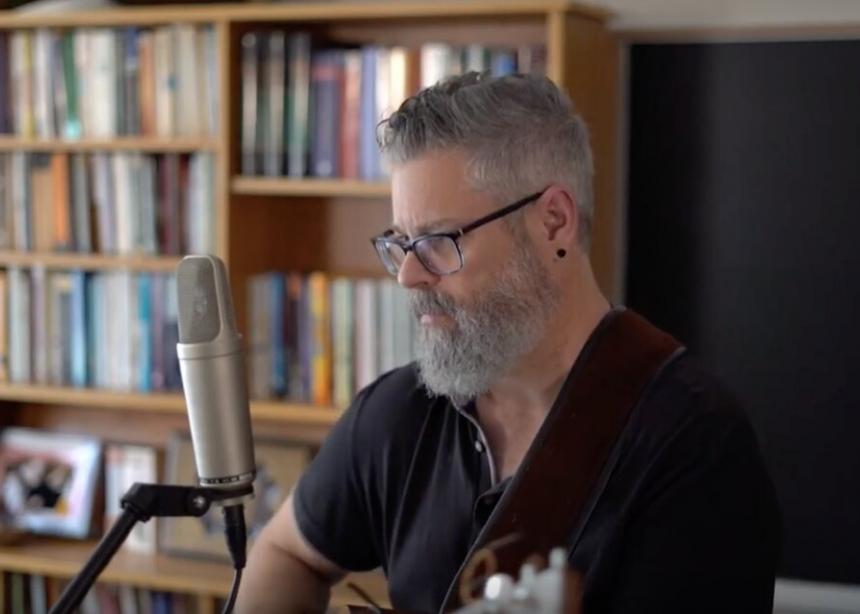 In a recent video, Stratford pastor Troy Watson shared four songs that came to mind as he reflected on the discovery of the remains of 215 children at a former residential school in Kamloops, B.C.

Words failed Troy Watson when he tried writing a sermon following the discovery of the remains of 215 children at a former residential school in Kamloops, B.C.

Watson, a pastor at Avon Mennonite Church in Stratford, Ont., says in a video posted to the church’s YouTube page on June 5 that in the days after the news broke, he created time and space to read and hear the stories of Indigenous people.

“I wrote three sermons in response, but none of them felt right,” says Watson, who is also a Canadian Mennonite columnist. “So instead of a sermon, a few songs came to my mind and heart this week—songs that hit me at pivotal points of my own journey of coming to grips with our troubled Canadian history, and the mistreatment and oppression of Indigenous people.”

Watson goes on to share four songs, which are listed here along with a timestamp indicating when they appear in the video:

“Beds Are Burning” (04:26): Although this 1987 song by rock band Midnight Oil is about Australia, the message will be familiar to Canadians: the lyrics criticize the way Indigenous peoples were forcibly removed from their land.

“Diamond Sun” (08:23): Released in 1988, this Juno Award-nominated song by Canadian rockers Glass Tiger wrestles with the impact of colonization.

“Lightning” (12:31): “It’s a powerful song that grieves the injustice in our world and [prays] to God that peace will find us,” Watson says of this song, written by U.S. musicians Pat Barrett and Haroldd in the aftermath of George Floyd’s murder.

“Lord Have Mercy” (18:21): Watson ends with a worship song written by Steve Merkel that asks for God’s grace.

“What I’ve discovered is, the most powerful sermons aren’t usually sermons,” Watson says. “These songs were like sermons [when I heard them]—except they were more powerful than sermons.”

Following the news of the mass grave at the former Kamloops Residential School, Mennonite Church Canada released a statement lamenting the discovery.

“Given the [Truth and Reconciliation Commission’s] 94 calls to action, we not only want to pray but also act in ways that can move in the direction of healing and reconciliation,” the statement said. “We especially think of calls 48, 49, 59 and 61, which call for education, financial commitments and other meaningful ways in which practical help and reconciliation can be engaged.”

Look for more articles about Indigenous relations in the June 21 issue of Canadian Mennonite.

In a recent video, Stratford pastor Troy Watson shared four songs that came to mind as he reflected on the discovery of the remains of 215 children at a former residential school in Kamloops, B.C.