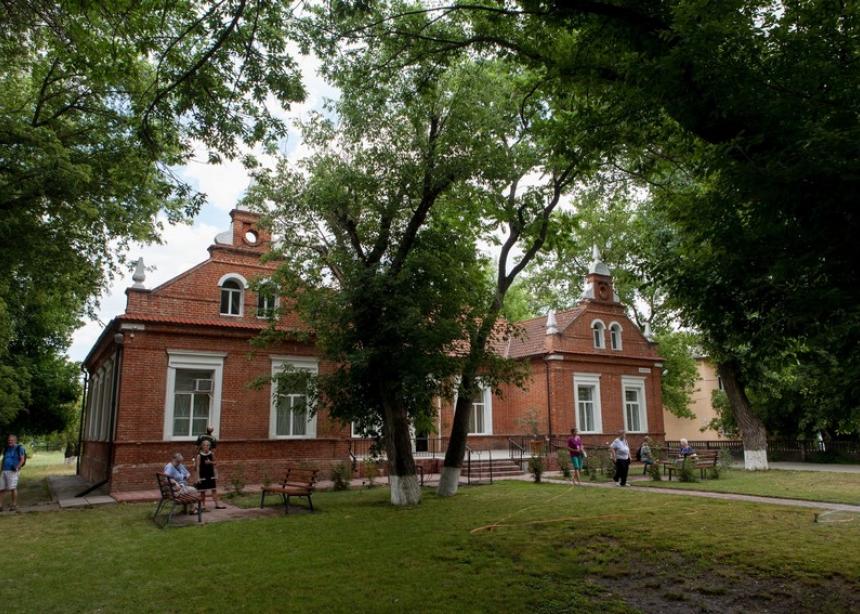 A humanitarian aid organization in Molochansk, Ukraine, founded by Canadian Mennonites continues to help the community amidst Russia’s ongoing invasion.

Staff at the Mennonite Centre have spent the last three weeks serving food and occasionally providing shelter to embattled Ukrainians in Molochansk, which is occupied by Russian forces. The staff is also helping to fill requests for essential items such as medication, underwear and socks.

Based in a former school from the village’s 19th-century Mennonite colony roots, the organization is supported by Friends of the Mennonite Centre, a registered charity based in Beamsville, Ont.

The past three weeks have been trying for everyone involved, says Alvin Suderman, chair of the non-profit. At the same time, the centre has been in a unique position to help, given an abundance of supplies. Roughly two weeks before the invasion, staff members stocked up on nearly $2,000-worth of food after Suderman instructed them to do so.

“We have been deeply involved,” says Suderman, who lives in Winnipeg.

Oksana Druchynina, the centre’s manager, has been managing remotely from Langley, B.C. as staff in Molochansk distribute aid.

Instead, the invasion meant that she and her children had to cross the border into Poland on foot before receiving a ride to Frankfurt, Germany. Because Druchynina had an active Canadian visa, she decided to accompany her children to B.C. until further decisions could be made.

“It was hard because I have my parents and I knew that my husband wasn’t able to come with us because no men are allowed out of the country right now,” Druchynina told CBC recently. “But the fact that you have to save your kids, you have to save your family was stronger than that. You basically have to leave everything behind.”

Established in 2000, the Mennonite Centre has an annual budget of $300,000. The centre has been involved with a variety of projects over the past two decades, including supporting seniors, funding educational initiatives for young people, and paying for medical supplies and equipment for hospitals and clinics.

George Dyck of Beamsville, Ont., treasurer for the Friends of the Mennonite Centre, has been updating the centre’s Canadian supporters almost daily via e-newsletters and social media.

“The response from the community has just been tremendous. We really appreciate the financial response,” Suderman says, adding that anyone interested in making a donation can do so by following the instructions at mennonitecentre.ca.

Meanwhile, another humanitarian organization in Ukraine founded and supported by Canadian Mennonites has partially resumed its operations after suspending them at the start of the invasion.

The Mennonite Family Centre in Zaporizhzhia operates a home-care program for about 145 seniors, as well as a six-bed respite program and a day program. The centre was started in 2002 by the Mennonite Benevolent Society in Winnipeg.

Despite attacks on the Zaporizhzhia nuclear plant, the city is relatively intact and still under Ukrainian control, says Louie Sawatzky, project director of the Mennonite Benevolent Society. The centre’s clients and its 32 staff members are currently safe.

The respite program is ongoing and staff are making house calls and delivering food to those who need it, according to Sawatzky.

Only time will tell what impact the invasion has on the centre’s activities. Sawatzky invites people to make donations at mennonitebenevolentsociety.org.

“[Once the invasion ends] we will assess the new needs… and see how we can adjust our programs,” he says. “I just can’t visualize there not being a fairly long period of dealing with trauma and loss. That is there already—the feeling of tremendous loss.”

God bless the workers and volunteers helping in the land of our ancestors. It is truly heartbreaking to watch the destruction and almost feeling helpless, but encouraging to know we can help still.

Praying for an end to this war and a peaceful outcome event the face of hostility.