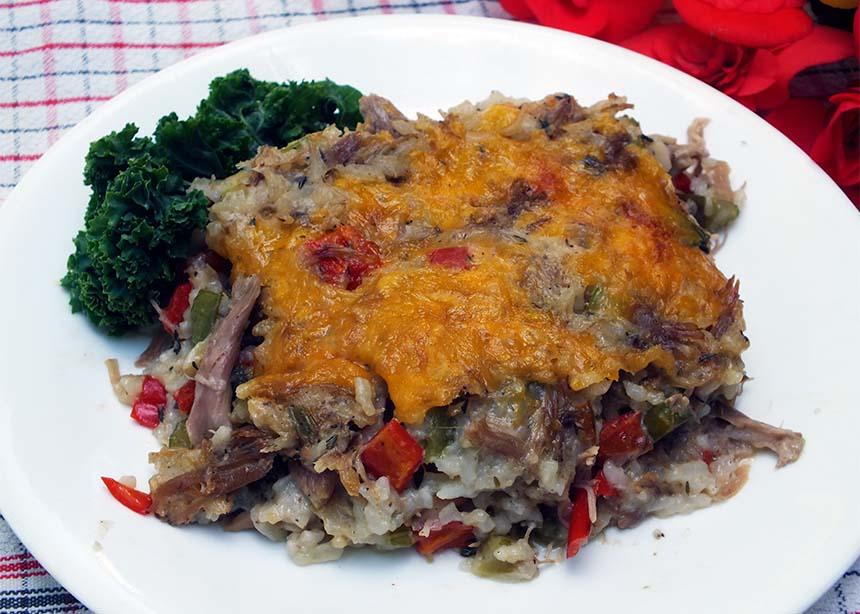 This chicken and rice casserole reminds me of Mabel Steinman, the cook at House of Friendship during my years there in the 1970s. You can read more about Mabel Steinman here.

Saute the onion and celery in butter until translucent. Add the chicken pieces, gravy and cream soup, and mix together. Put the cooked rice and peppers into a 2-quart casserole dish, add the chicken mixture, salt, pepper and thyme and stir just until it is evenly mixed. Bake at 350 for 45-60 minutes.

If Mabel didn’t have something on hand, she would substitute. If you don’t have gravy, use a second can of cream soup or use chicken stock and 2 tablespoons flour. Turkey can be used instead of chicken, and any other vegetable instead of peppers. Peas would be attractive. Instead of cheddar cheese, a sprinkling of Parmesan and cracker crumbs would also be delicious. As I recall, Mabel did not use any cheese at all. 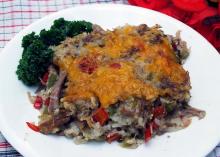