Voices Together and creation care 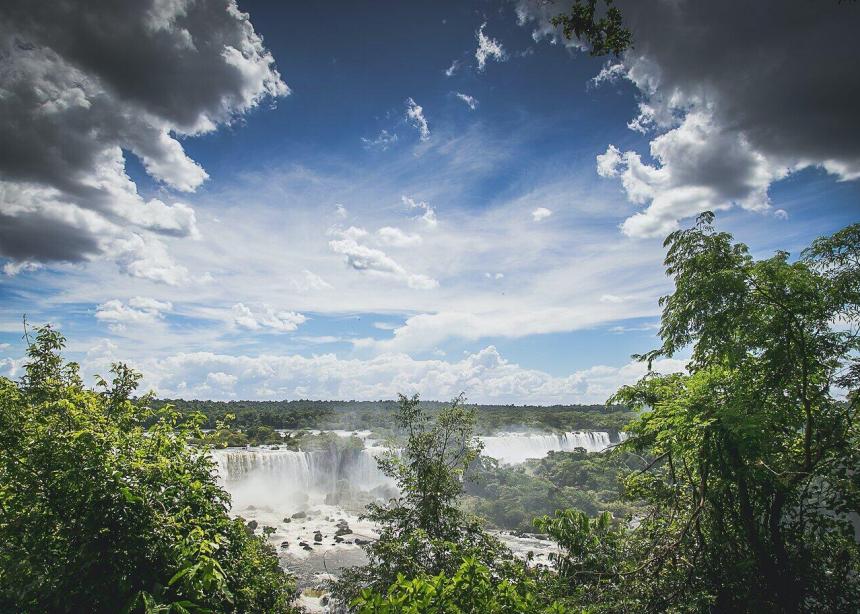 If you are anything like me, you are missing singing hymns as a congregation during this pandemic. Hymns are such a vital part of expressing our faith. We find comfort in the melodies and texts from prophets, mystics, church leaders and hymnists. The formation of a new hymnal shows what we as a church body believe, what issues we are struggling with and how our faith is evolving.

The members of the Voices Together hymnal committee worked hard to include gender-diverse language for God, a balance between four-part harmony hymns and contemporary worship music, to remove words with imperialist connotations, and to reframe language to be more inclusive of people with disabilities and racialized individuals. There was also an emphasis on including hymns in different languages including Arabic, Cheyenne, Spanish, Korean and Swahili.

As I flipped through the new hymnal for the first time, I noticed how many hymns were related to creation, the beauty of enough, and the imperative to create and seek peace. While the 1992 hymnal had hymns with many of these themes, Voices Together has even more.

I thought that I should write an article about looking at Voices Together with a creation care lens. While I know a bit about hymns, I thought I should contact someone directly involved in creating the new hymnal. I interviewed Adam Tice, the text editor of the Voices Together hymnal, in order to learn more. Here are three key themes that have emerged from my interview with him.

In previous hymnals, there was a creation section, but creation hymns were primarily about praising our creator for the gifts of creation and the creatures in our world. An example of this is the hymn All things bright and beautiful. There was hardly any mention of the sin of environmental destruction or that there was anything harming creation. According to Tice, it was only in the late 1990s or early 2000s that hymns about environmental destruction or the need to take care of the environment were being written.

In the new hymnal, these kinds of hymns were added. One example that Tice mentions is Touch the Earth Lightly (VT #145). This hymn was written by a New Zealand hymn text writer, Shirley Erena Murray, in 1992, to be mindful of the number of resources we consume—because this is God’s planet and part of our role is to ensure that future generations will be able to live in this environment.

One verse in particular that Tice pointed out was, “We who still foster clouds of disaster, God of our planet forestall and forgive.” He originally thought that Murray was referring to air pollution, but after further research, he found out that Murray was talking about mushroom clouds that have been released after nuclear testing in the Pacific. Referring to a specific kind of environmental pollution is unusual, but very powerful.

One step that the Voices Together committee thought was crucial was putting creation care hymns in all sections of the hymnal rather than just in a creation section. Tice feels that it is important for churches to be singing about creation care on various Sundays, not just on Sundays devoted to the topic. That being said, there is an index at the back that groups hymns together based on narrower topics such as Animals, and Creation: lament. Some hymns such as Beauty for Brokenness (VT #712) have the theme of creation care among other topics such as peace and justice.

A hymn that Tice wrote is called We Dream of a Turning (#209). This hymn is not only explicitly about creation care but it is about God’s vision for the world and our longing for this turning to be fulfilled. One verse that is directly linked to creation care is “we dream of a mountain where no harm is done, where the wolf and the lamb lie together. A little child shall dance, leading all the creatures on, as we join hand to hoof, claw and feather.” Tice really values this biblical image of creation being reconciled: “For Mennonite worship, our way of understanding creation should be informed by the idea of new creation, that God is bringing about the reconciliation of creation and we get to be a part of that.”

An important part of our creation care theology is dismantling white supremacy and doing the work of reconciliation with Indigenous peoples. Our Garden needs our tending now (VT #788) deals with this. The words describe how the prophets are calling us to clean up our act, how “creation groans,” and the effects of our actions on other peoples around the world. In the refrain, the herbalist and mystic Hildegard von Bingen’s phrase Terra Viridissima (which is “Greenest Earth” in Latin) is sung.

The story behind the melody of this hymn illustrates the Voices Together committee’s approach to dialogue with Indigenous Peoples. This melody is taken from the Christmas carol, Twas in the Moon of Wintertime. The carol has been omitted from the new hymnal because while the original text of this hymn was not culturally insensitive, the translation of the hymn was written by a white writer who appropriated Indigenous imagery. The Voices Together committee has met with Indigenous, African-American and other racialized communities to discern which hymns are appropriate to sing for a church that is still overwhelmingly white. The advice from the Indigenous folks that they consulted was that this text was not appropriate.

However, the melody was not originally written for this hymn; rather it is a French traditional melody. Therefore the committee felt comfortable with still using this gorgeous melody.

“Trading a miscontextualization of Indigenous communities for something that looks carefully at our relationship to the earth felt like a good direction to go, felt like an honouring of how we ought to be thinking about this tune,” said Tice. Doing this in addition to adding hymns that are written in Indigenous languages is crucial as we work towards reconciliation as a church body that resides on Turtle Island.

The songs that Tice and I discussed are just a couple of creation care hymns within Voices Together. Regardless of your tradition, or what style of music you prefer, I hope that you sing and pray about protecting and tending creation in your congregation and spiritual practice.

May God bless you as you seek to take care of the environment and grow as a church community!

Kate Strathdee is a student at Carleton University in Ottawa, Ont., where she worships at Ottawa Mennonite Church. She is an intern at Mennonite Creation Care Network. This blog post originally appeared on MCCN’s website.