But not that long ago… 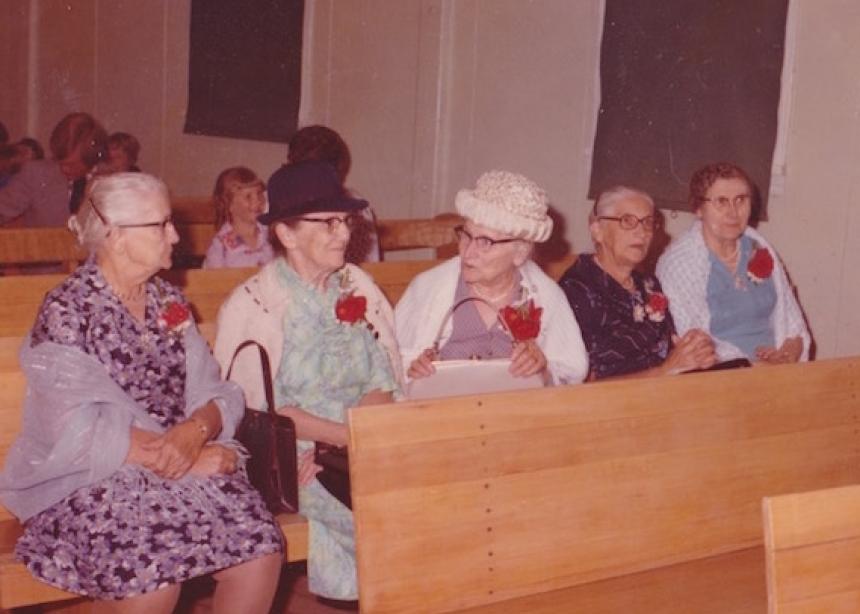 The church denomination to which I belong, Mennonite Church Canada, invites women to be leaders in every area of its congregational life. My church has two ordained female pastors. Canadian Mennonite University, which was founded by my denomination, has a female president.

Although women are taking many more leadership roles in my branch of the Mennonite church, it hasn’t always been that way. In my lifetime, I have been part of a church where men and women were treated in very different and distinct ways.

When I was a child and attended my grandparents’ church, the men still sat on one side of the aisle and the women on the other.

When I was a small child, I never saw a woman pastor behind the pulpit. Women didn’t serve as deacons or on church committees.

My mother-in-law and mother were often referred to by their husband’s names rather than their own in church settings, even though they each made their own valuable contributions to the work of their church. My mother-in-law, for example, was Mrs. Cornelius Driedger and my mother was Mrs. Paul Peters.

I was a teenager when I heard about a young woman who attended a church in my hometown who was forced to “confess her sin” in front of the congregation when she became pregnant before her wedding. Her fiancé did not have to confess.

Once, when I was a young mother, I was speaking at a women’s conference at a church in my hometown and the conference organizers told me I would need to stand behind a special microphone at the front of the church because only men could stand behind the pulpit.

I still remember when I made a motion at a church membership meeting in my home church that we use inclusive language rather than exclusively male language when we rewrote our church constitution. The motion was defeated.

When I was first married, they would post lists of people who would set tables and bring food and do dishes for church suppers, and there were only women on the list.

I am reading a book called The Making of Biblical Womanhood by Beth Allison Barr. She says the idea women can’t be leaders in the church and that they must assume lesser roles and be treated differently than men isn’t biblical—it arose because the church was influenced by the patriarchal world around it.

According to Barr, too many churches today remain patriarchal and don’t give women an opportunity to serve in ways that make the best use of their gifts and talents. This is damaging to both women and the church.

It is good that change is happening, but in many denominations, it is not happening nearly fast enough.

MaryLou Driedger is a retired English and journalism teacher who lives in Winnipeg. She blogs at maryloudriedger2.wordpress.com, where this article first appeared. 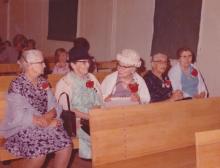