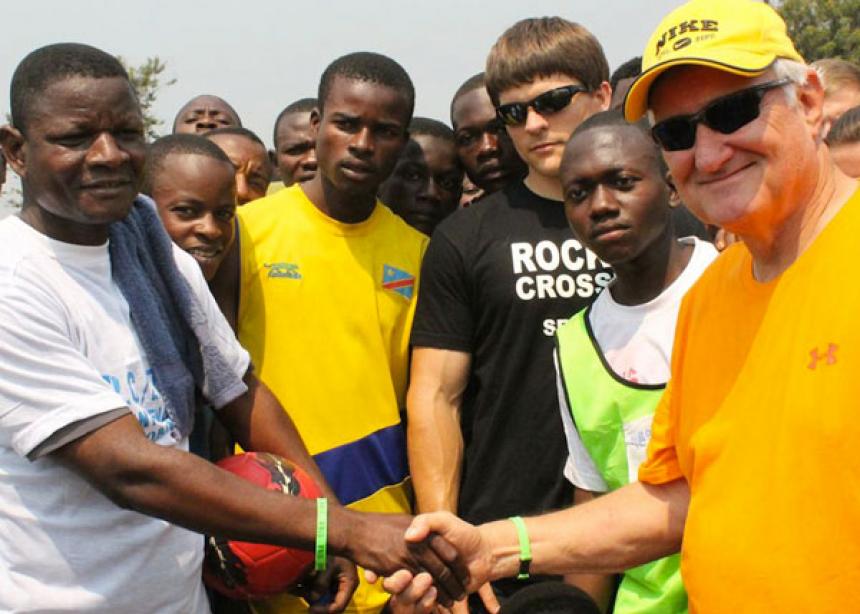 When a Belgian school inspector needed to recruit singers for the 1958 World’s Fair in Brussels, he entrusted the task to two missionary women, one of whom was Lodema Short. Short served from 1947-1981with Congo Inland Mission, now Africa Inter-Mennonite Mission (AIMM). Her musical abilities, her organizational skills and her relationships with hundreds of students enabled her to choose, and then chaperone, the nine young men who performed as the Happy Singers in Belgium.

A nephew, Dwight Short of Idlewild Baptist Church in Lutz, Florida, joined the AIMM delegation that travelled to Congo July 12-29, 2012, primarily because he wanted to learn more about his famous aunt. He was able to videotape 27 interviews, four with Happy Singer members, in addition to having conversation with many of Lodema Short’s students, many of whom are pastors.

“She would love to know that so many of her students have ended up in the ministry,” Short said. He hopes to write a book to share his aunt’s story beyond the family circle.

Short has another passion—evangelism through sports. Although the equipment he packed was bogged down by slow shipping throughout his entire stay in Congo, the four soccer balls brought by other delegation members attracted about 400 kids for a soccer clinic in Tshikapa. 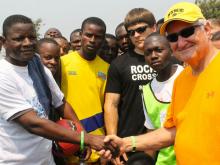