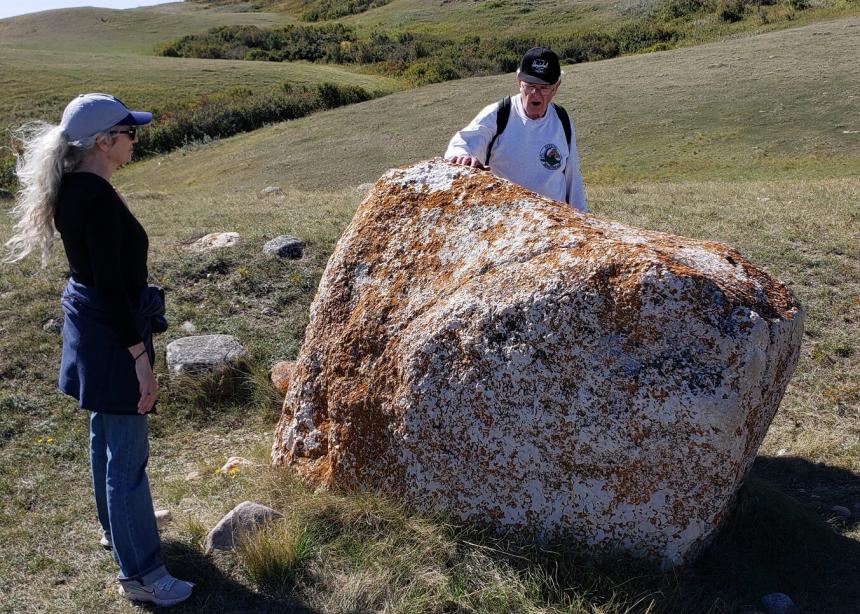 “We hope that people, landowners especially, will talk about what’s on their land, who occupied the land and who occupies it now,” says Harry Lafond, a Muskeg Lake Cree First Nation elder. “The land holds everyone’s history and everyone’s story. We, all of us, need to be responsible custodians of the story. We need to talk about these issues. That’s what we’re really hoping this film will do.”

The film that Lafond refers to is the soon-to-be-released documentary that tells the story of the land surrounding the Ancient Echoes Interpretive Centre. The privately owned land, located near Herschel, Sask., has significant Indigenous artifacts, such as teepee circles, sacred circles and petroglyphs.

The documentary explores the calling to settlers of how to care for and share the land respectfully and graciously. The working title of the film is Custodians of the Land and is directed by Brad Leitch. Leitch also directed the award-winning 2016 film, Reserve 107. Both films were commissioned by Walking the Path, an ad hoc committee of Mennonite Church Saskatchewan that seeks to respond to the Truth and Reconciliation Commission's 94 Calls to Action. The $60,000 project was supported by many donors from both Indigenous and Mennonite backgrounds.

The Walking the Path committee started discussing taking on this cinematic project in August 2020. The pandemic slowed down the process and, in spring of 2021, the group was unsure whether or not it should proceed with filming that summer, with so many unknowns about COVID-19, according to Randy Klassen, a Walking the Path committee member and Mennonite Central Committee Saskatchewan’s Indigenous Neighbours coordinator.

“We had several members of the committee who felt like this was the time, and this was our window of opportunity,” Klassen says. “Thankfully, we have some movers and shakers in the group, and from there things took off quite rapidly.”

Leitch and his film crew gathered 100 hours of footage over the course of two weeks in July 2021. The final edit of the film will be approved soon and the committee hopes to begin screening the film in May.

David Neufeld, one of the committee’s members, has been involved with Ancient Echoes from the very beginning.

“I moved to Hershel in 1986 to serve the local church,” he says. “We learned that the land around what was, at that time, the Herschel School had many incredible features in terms of ecology, Indigenous sites and artifacts, and paleontological fossils. We knew how important that land was to our past and, really, our future too. So when it was decided that the school was to close, a group of local people, myself included, petitioned the rural municipality to sell us the school to turn it into an interpretive centre. One of the things this film shows is how a group of local landowners, municipal governments and volunteers can work together to protect, promote and preserve our shared land. You don’t need a whole pile of money to do this.”

Neufeld and Lafond served as the Mennonite and Indigenous elder on the film project and are credited as co-producers. For them, the land featured in the film invites people to keep one foot firmly grounded in the past and the other in the future.

Lafond adds: “There are so many strands to this story. The land holds amazing prehistoric history, like the rock formations that tell amazing stories. It was also a stopping and gathering place for many Indigenous people groups. And this is everyone’s history and everyone’s future. What’s amazing is that [Ancient Echoes] is a place that holds the story right on the surface. The land is alive; it’s not a museum.”

Related article:
How fear and mistrust gave way to friendship 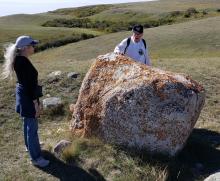