Westgate Mennonite Collegiate kicked off the 2022/2023 school year under new leadership, after long-running principal Bob Hummelt retired this summer. The independent school in Winnipeg, Man., appointed James Friesen as principal and Heidi Koop as vice-principal. Friesen began working as a teacher at Westgate in 1992 and spent the last five years as vice-principal. Koop has been a teacher at Westgate since 2015, previously teaching in Winnipeg’s German bilingual-school system. They will both continue teaching some courses, Friesen in world religions and Koop in calculus and German. Off to a busy start, their first big task as a team was hiring four new staff members to fill openings left by staff leaving or retiring. Friesen and Koop work well together, their skills complementing each other. Friesen explains that Westgate isn’t a structure controlled by one person making all the decisions, but rather a community of staff working together. “I never in a million years expected I would be in this role,” Friesen says. Koop says, “I look forward to helping shape the community with our students, staff, parents, and wider community and to see God’s spirit working.” The questions of purpose and identity are ones Friesen and Koop face now and in the coming years, as Westgate’s student body becomes increasingly less Mennonite. 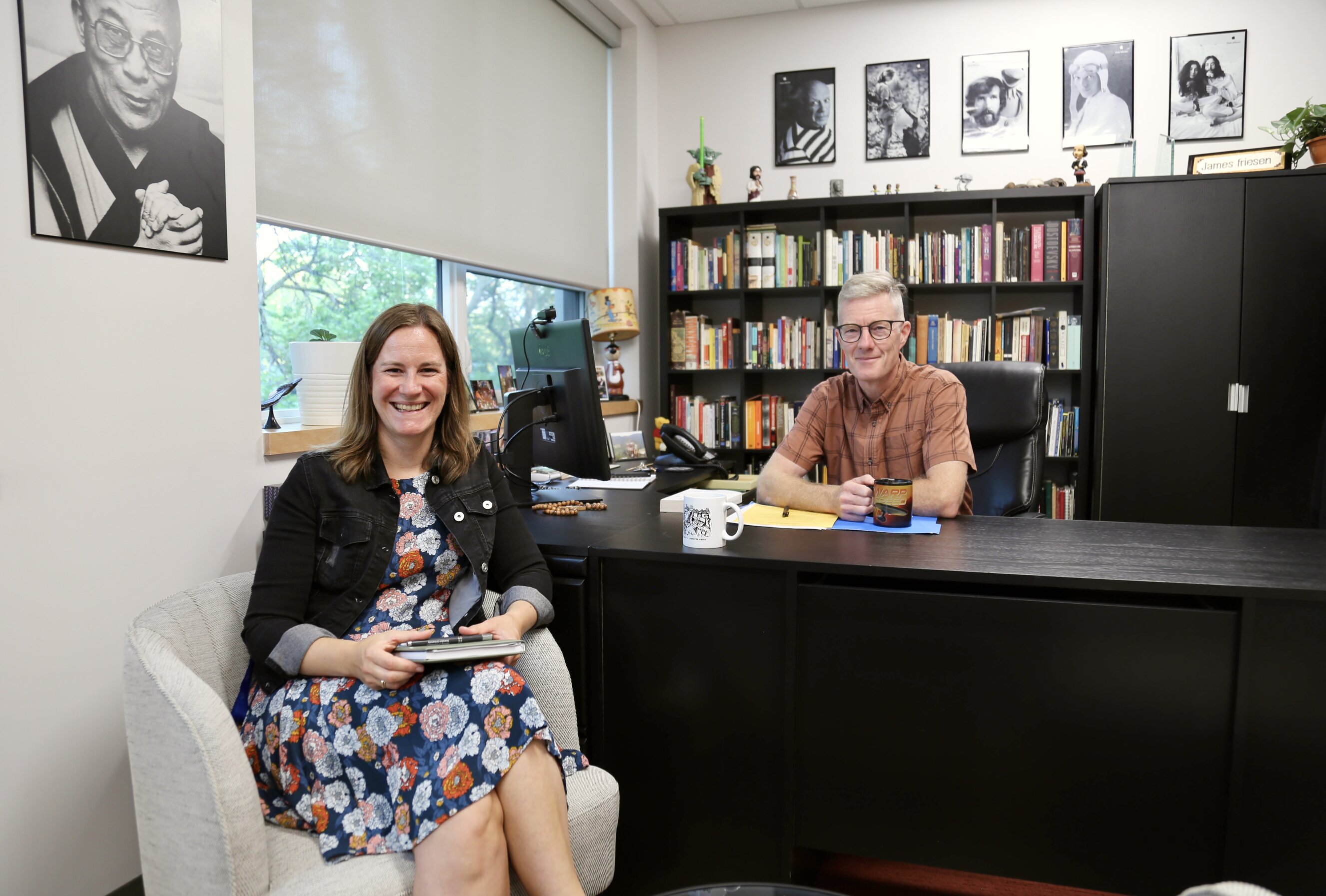