Mennonite recipes with a plant-based twist 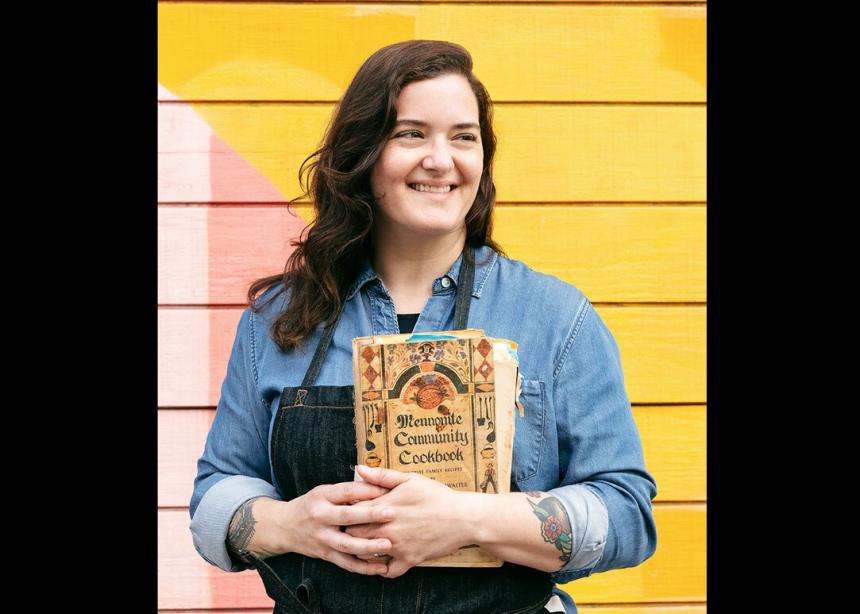 Jo Snyder is the author of ‘The Vegan Mennonite Kitchen,’ a new cookbook published by Pandora Press. (Photo courtesy of Jo Snyder)

Jo Snyder has moved around Canada pursuing a career in communications and toured across Europe playing punk music, but a new project has brought her back to her Mennonite roots in the Waterloo Region.

Snyder is the author of The Vegan Mennonite Kitchen, a new cookbook published by Pandora Press. Subtitled Old Recipes for a Changing World, the book includes recipes from the beloved Mennonite Community Cookbook that Snyder has reimagined using plant-based ingredients. 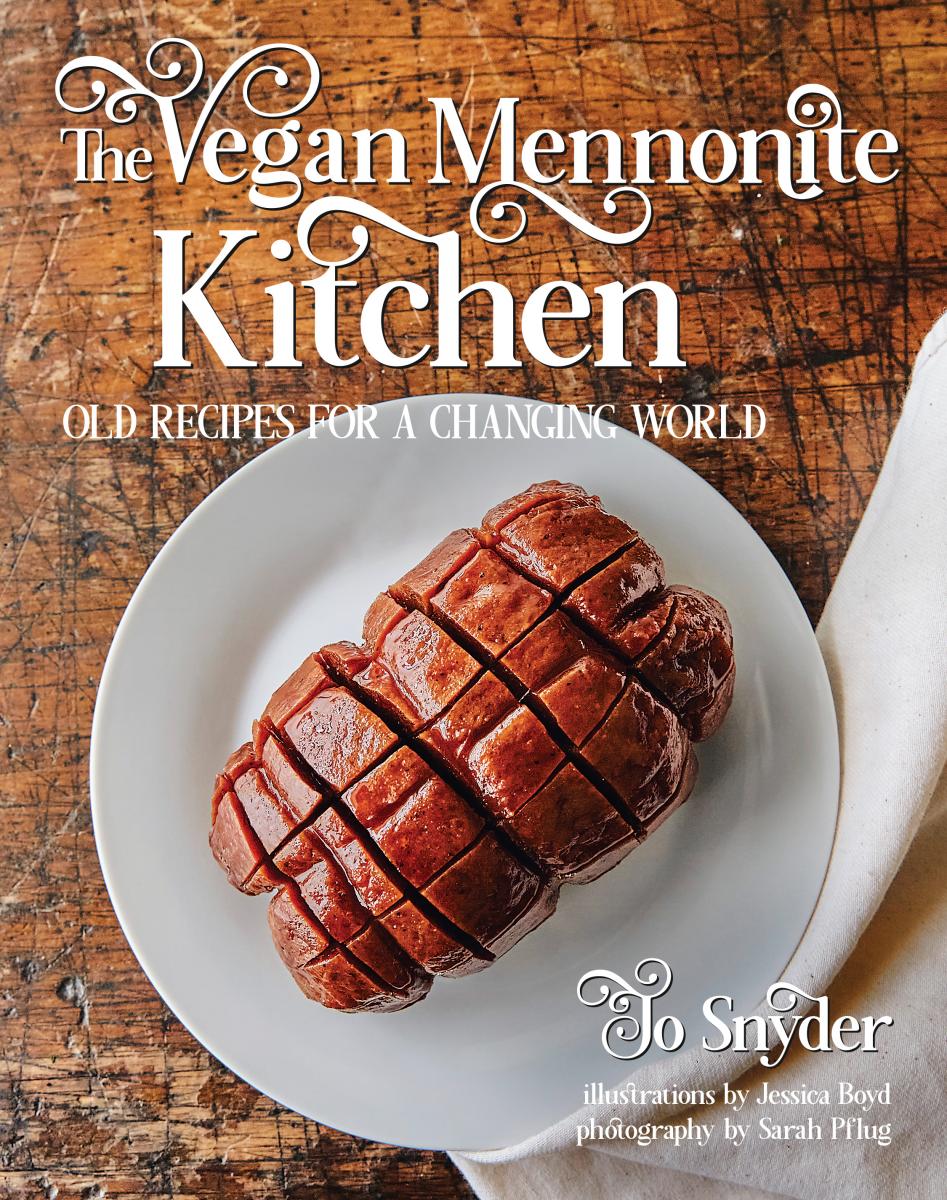 Written by Mary Emma Showalter and first published in 1950, the Mennonite Community Cookbook is touted as “the grandmother of all Mennonite cookbooks.”

Snyder, who became a vegetarian when she was 18 and a vegan 15 years later, started experimenting with recipes from the Mennonite Community Cookbook with her friends after inheriting her grandmother’s well-used copy.

“I’ve always loved to have people over and feed them,” the 43-year-old says. “It was kind of a natural development to go through these recipes.”

Snyder thought it would be fun to put together a cookbook for her loved ones. As she kept adapting and testing recipes, she realized that perhaps a book featuring a plant-based spin on Mennonite comfort food might appeal to people beyond her family and friends.

“I really think that a primarily plant-based future holds the possibility to improve our environmental outlook for future generations,” Snyder writes in the book’s introduction. “It eliminates unnecessary cruelty, suffering, pollution and the psychological human toll of factory farming.”

The recipes rely on food that can mostly be sourced locally, and ask readers to share what they have in abundance and leave nothing to waste.

“I’m not expecting to turn the Mennonite world vegan—that’s not the intention,” Snyder tells Canadian Mennonite. “I hope it will find a place on people’s shelves with their other Mennonite cookbooks and other vegan cookbooks. I hope maybe it will bridge those worlds.”

In addition to adapting and testing recipes, the two-year book-writing process gave Snyder the chance to connect with family members and hear the stories behind her family’s food traditions, some of which she shares in the book.

Snyder grew up on a crop farm in southern Ontario, with all the members of her big extended family living within a one-kilometre radius. As a child, she attended Bloomingdale Mennonite Church in Bloomingdale, Ont.

After high school, Snyder lived in Winnipeg for 10 years where she studied at the University of Winnipeg, worked as a newspaper editor and fronted the bands Sixty Stories and Anthem Red.

She moved to Vancouver for one year to complete her Master of Publishing from Simon Fraser University before living in Toronto for 12 years. After the pandemic started, Snyder and her husband, Paul, relocated to Kitchener-Waterloo with their dog, Jean-Luc.

In the book, Snyder writes that while she hasn’t been to church in decades, there are two big themes in her life, both of which she attributes to her upbringing.

The first is hard work and the philosophy that you always “leave it better than you found it.” The second is the “Big Tent” philosophy—gathering people around the table and serving up “kindness, nourishment and a sense of belonging.”

Snyder hopes The Vegan Mennonite Kitchen finds an audience among Mennonites, including those who are accustomed to a steady diet of meat.

“I didn’t want it to feel judgmental or preachy,” she says. “I wanted it to be something that people can enjoy and try for themselves.”

Snyder never anticipated writing a cookbook, but she’s glad she did.

“It turned into a lovely, fun project that really connected me to my Mennonite roots in a way that I haven’t felt in a long time,” she says. “It was a nice way to remember my childhood and honour my grandmothers.”

The Vegan Mennonite Kitchen is available now at veganmennonite.com. 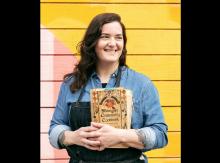 Jo Snyder is the author of ‘The Vegan Mennonite Kitchen,’ a new cookbook published by Pandora Press. (Photo courtesy of Jo Snyder)

Hi,
Thank you for creating this Vegan Mennonite Cookbook! I'm plant based, and looking forward to trying out some of your recipes. :)