A prophetic voice for the excluded

Review of This Will Lead to Dancing
A Theatre of the Beat performance written by Johnny Wideman, directed by Erin Brandenburg, with assistance from dramaturge Steven Gallagher. 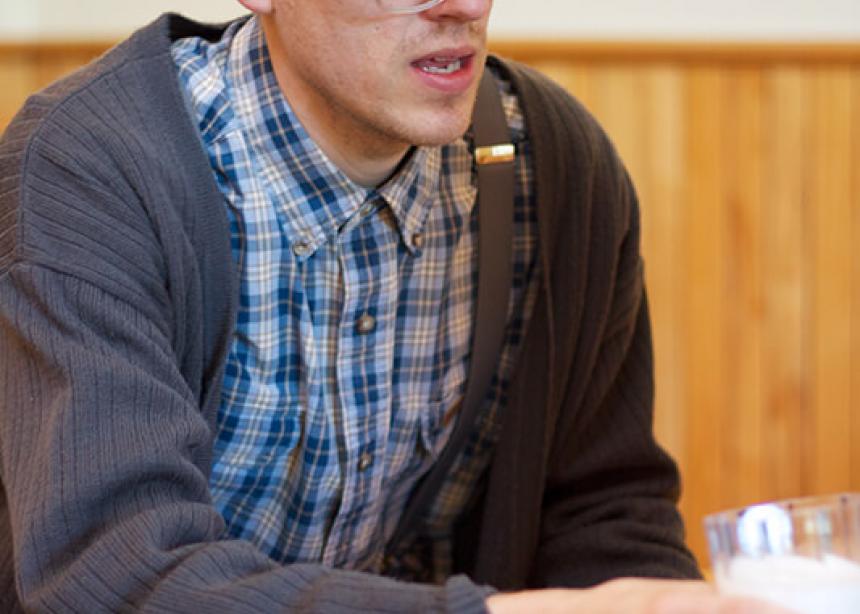 “Mennonites talking about sex? That would probably make world news!”

So observes the latest original production by Ontario-based theatre company Theatre of the Beat. The hard-hitting play, This Will Lead to Dancing, tackles this “taboo” topic and encourages Mennonites to talk about lesbian/gay/bisexual/transgender/queer (LGBTQ) inclusivity at least in our congregations.

The story revolves around two teenage members of a small-town Mennonite community, Sam (Ellen Reesor) and Alex (Kimberlee Walker), who stage a hunger strike to protest their church’s exclusive stance on homosexuality. A local news anchor (Amy O’Grady) catches wind of their story, and soon the issue is blown open on national news. Church leaders struggle to deal with the urgency of the girls’ fast under the critical gaze of the crowds amassing on the front lawn, and over the course of a few days sexuality and spirituality are forced to partner in a dance that proves challenging for both.

Theatre of the Beat performed the play to an overflow house at Conrad Grebel University College, Waterloo, on Sept. 24, 2015. Jokes about hockey towns, funeral sandwiches and the awkwardness of dancing had a Mennonite-affiliated audience in stitches. Although youth take centre stage, the show at Grebel garnered equal enthusiasm from teenagers, parents and grandparents alike.

Input from the diverse communities represented onstage was therefore integral to Wideman’s extensive researching, writing and workshopping over the past 14 months, and the company is encouraging every audience member to participate in the conversation by submitting their written feedback (theatreofthebeat.ca).

The result of Wideman’s work is a powerful play that includes parts for those who have studied the Bible’s discussion of homosexuality, those who have made the words “this is a difficult conversation” their excuse not to delve into the topic, those immersed in a culture in which homosexuality is a non-issue and those who have been wrestling in silence for decades before we feisty millennials were even born.

Intergenerational misunderstandings prove humorous onstage, but tension between generations in the congregation is not always a laughing matter. The arrival of a culture-shocked Menno Simons (Benjamin Wert) to this contemporary theological stand-off is a clever reminder that the Mennonite church is no stranger to either scrutiny or schism.

The truth of this fiction lies in the all-too-real stories that have inspired it: stories of bitter rejections, broken spirits and unfathomable grief for which there are no words. In response, many audience members at Grebel left the room speechless after giving the cast and crew a standing ovation.

Although mostly met with positive encouragement, Wideman also acknowledges that some individuals receive the show more negatively, given its controversial subject matter and somewhat harsh portrayal of church leadership.

But like the prophetic voices of many artists before it, Theatre of the Beat has vowed to celebrate the beauty of the church but simultaneously hold it accountable, especially for the potentially alienating effects of exclusivity.

“We don’t know what’s going to happen, but we are exploring this issue with wonder, with anticipation,” says Leah Harder Wideman, the company’s production manager. As Mennonite Church Canada has recently asked, what does it mean to be a faithful church when it comes to matters of sexuality?

Theatre of the Beat typically performs in a variety of venues, but this play calls for the use of the church’s more sacred spaces. While the performance makes us members of an audience, sitting in our own church’s pews to watch makes us members of a congregation as well. Theatre of the Beat might expertly lead us through the opening dance steps, but ultimately they are ours to own.

While the company is already scheduled to tour this year, it is continuously fundraising for this project so that all communities are able to engage with it regardless of financial resources or stance on the issue.

This is a play for churches that are teaching others the routine, for those who are just learning the choreography, and even for those who can’t make a move without stepping on each other’s toes.

But no matter how you identify, Mennonites take heed: This play will undoubtedly lead to discussion, if not to dancing.

Ally Siebert, 22, is in her final year of English literature and applied language studies at the University of Waterloo, Ont. She is originally from Ottawa and a member of Ottawa Mennonite Church.

For more background on the play, see ‘This will lead to dancing’ 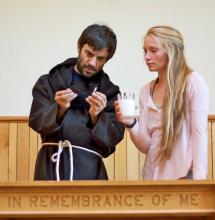 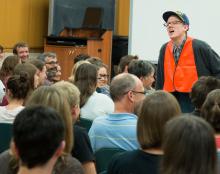 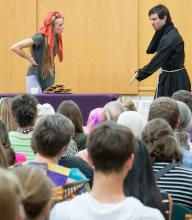 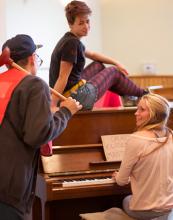