A response to racial discrimination 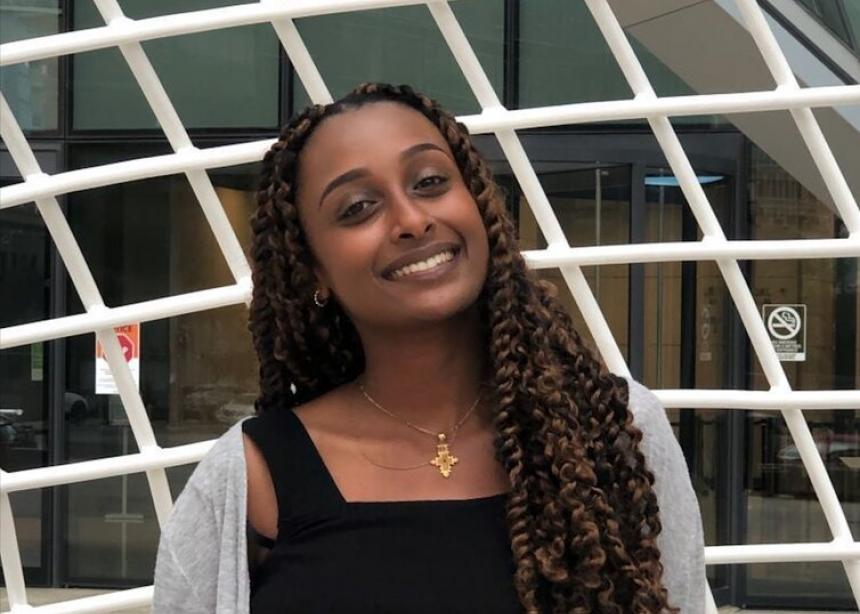 Deborah Tewelde received an award late last year given by the Province of Ontario to youth who have shown strong leadership in eliminating racial discrimination.

Deborah Tewelde, a member of Meheret Evangelical Church in Kitchener, Ont., a Mennonite Church Eastern Canada congregation, received the 2019 Lincoln M. Alexander award given by the Province of Ontario to youth who have shown strong leadership in eliminating racial discrimination.

“Cameron Heights Collegiate Institute [in Kitchener] is one of the most diverse schools in the district, but was not really equipped to deal with and celebrate that diversity,” Tewelde says of her time at Cameron Heights.

Disturbed by the racism she and her peers were seeing and experiencing, they began to plan a student assembly to be held during Black History Month to learn about, share and celebrate Black culture and history. Because the assembly was optional, teachers had to choose whether to register their classes to attend or to maintain their classes as scheduled.

“Some teachers were not sure why it was necessary to interrupt their class schedules,” Tewelde says.

But the turnout to that first assembly was good and the organizers were able to request it be a mandatory assembly the following year, which was granted.

“After the assembly, we began to hear more stories from Black students,” she says. “We realized that we needed to create a safe space for them to share their stories, have access to information, and provide a place to report their concerns. We also wanted to provide a space for students and staff who were not Black to come and learn about Black culture and heritage.”

Tewelde co-founded the Black Student Union at Cameron Heights, and they began to organize student meetings and community interactions on inclusion and equality.

“I don’t know if I would feel as strongly as I did if I didn’t have faith,” she reflects. “God is a God of justice. The Bible speaks about crying out for those who can’t. I definitely felt led by God to do the work that I did. I was in a place where I was able to speak up for people who weren’t able.”

She was surprised to have received a phone call this past December advising her that she had won the 2019 Lincoln M. Alexander Award, in part because a year had already lapsed. “I just assumed someone else got it,” she laughs. The Ontario government announced the 2019 and 2020 awards at the same time.

Lincoln M. Alexander was the first Black person elected to the House of Commons, the first Black cabinet minister and Ontario’s first Black lieutenant-governor. Tewelde is one of only 70 people who have received the award since it was established in 1993.

The Black Student Union continues at Cameron Heights. “They are still doing well and that’s really good to hear,” she says, after being updated by a teacher. “It does feel good to be recognized for the work we did, but I think that the long-term impact is more important than what happened in the two years that I was there.”

Tewelde is currently in Antigonish, N.S., on a four-month work term as a community assistant at L’Arche, which provides a place where people with and without intellectual disabilities share life together. She also remotely oversees the junior-youth program of Meheret Evangelical Church. At the end of her term with L’Arche, she will return to Ontario and resume her studies at the University of Waterloo. 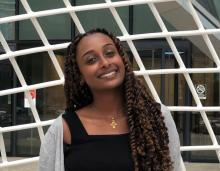 Deborah Tewelde received an award late last year given by the Province of Ontario to youth who have shown strong leadership in eliminating racial discrimination.

What a fantastic initiative you started!! Love it! Keep up the great work of speaking up for those who can't. May God bless you with wisdom, strength and courage as you continue to learn, grow and contribute to society.