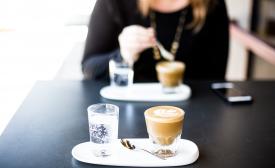 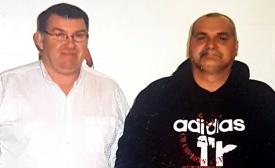 Volunteer Jim Wiebe, left, visited with Eugene from 1996 to 2011. Eugene continues to see Jim since his release. He says, ‘It was good to be in P2P. It helped open my eyes to my surroundings and who I was. By watching and learning from my visitor, I realized life is more fun if you can control your urges.’ (Photo courtesy of Heather Driedger) 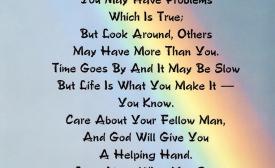 Dale von Bieker is a P2P volunteer from Nipawin, Sask., where he is a member of the United Church. He wrote this poem a few years ago for an inmate he was visiting. (Photo courtesy of Heather Driedger)

“This is how I am a Christian,” says Heather Driedger of her work with Parkland Restorative Justice. As executive director of the non-profit organization, Driedger provides programs for inmates at the Prince Albert penitentiary. 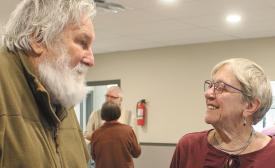 It has been 30 years since Ed Olfert first set foot in the federal penitentiary in Prince Albert, Sask., but he wasn’t there to serve time!

Mr. Koh's story powerfully demonstrates the complexity of forgiveness. On Oct 9, his house was broken into and his mother, wife, and son were brutally murdered. Later, the person who committed the murder, a man named Young-Chul Yoo, was caught. It was discovered that he was actually a serial killer who had committed a series of cruel murders of other innocent victims than Mr. Koh's family.
Taxonomy upgrade extras:
restorative justice
reconciliation
forgiveness
NARPI

As part of the annual Augsburger Lecture Series at Eastern Mennonite Seminary, Ched Myers and Elaine Enns spoke on "The Personal and Political Dimensions of Conversion: Restorative Justice."