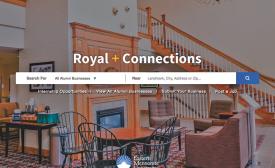 Royal Connections, a new feature launching on the Eastern Mennonite University (EMU) website, showcases alumni-owned or -managed businesses all over the world, and helps students, parents and graduates find and connect with them.

Chilliwack, B.C.—A year ago, the Chilliwack School District asked Crossroads Community Church, a Mennonite Church B.C. congregation, to consider moving its Sunday morning service to a different school. Although it meant considerable adjustments, the church obliged, in order to show a cooperative spirit to the public school community. The move to Vedder Middle School proved to be trying, as the administration seemed to feel uncomfortable with the church using its classrooms and gym.

ABBOTSFORD, B.C.—Columbia Bible College launched its newest academic program in September: the diploma in social entrepreneurship. This two-year program brings together Christian faith-formation classes and a series of foundational business courses, with the goal of equipping students with the passion, entrepreneurial spirit and marketplace skills to make a positive impact within society.

Peace has been an important value in the lives of Aden and Joanne Bauman and their sons Barry, who passed away in 2016, and Michael. “Peace is a Mennonite thing,” observes Joanne. “Peace is important to our family, and our boys remember that their Uncle Elias was a conscientious objector during [the Second World War],” notes Aden. Recently, the family gave a gift of $100,000 to support the efforts of emerging peacemakers at Conrad Grebel University College in the Kindred Credit Union Centre for Peace Advancement.

When Ben Goossen began researching his book on Mennonites and German nationalism in the 19th and 20th centuries, he thought he would mostly be living in the past.

Goossen was at Bethel College’s Kauffman Museum Aug. 27 to give a presentation based on his book, Chosen Nation: Mennonites and Germany in a Global Era, published by Princeton University Press earlier this year.

LANGLEY, B.C.—Trinity Western University (TWU) launched Worship Lab Radio (WorshipLabRadio.com), a new online Christian radio station aimed at filling a current void in Christian music, on Sept. 2. It offers a new outlet for indie worship artists and helps worship leaders across North America connect with emerging artists. Worship Lab Radio provides an opportunity for the university's worship arts students to get their music played along with other indie artists looking to impact the church with tomorrow's next generation of worship music. 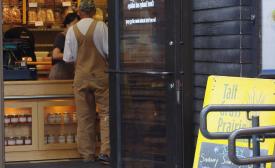 The passions that inspired Winnipeg’s community shared agriculture (CSA) movement and the famous Tall Grass Prairie Bakery are now making waves around the world, from Winnipeg to Hokkaido, Japan, and back. 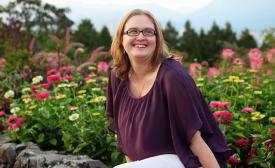 Henry Krause, pastor of Langley (B.C.) Mennonite Fellowship, was elected chair of the Canadian Mennonite Publishing Service (CMPS) board at its 45th annual meeting, held at Rosthern Mennonite Church from April 21 to 23. He succeeds Tobi Thiessen of Toronto, who is going off the board after serving for six years as a CMPS board appointee. 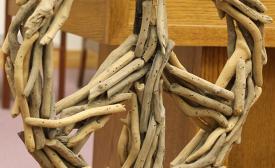 A Mennonite church is not a typical venue for a Remembrance Day service, but on Nov. 11, 2015, members of several Mennonite Church Saskatchewan congregations came together at Osler Mennonite Church to pay tribute to those whose lives have been turned upside down by war. 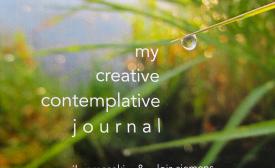 April Yamasaki and Lois Siemens have collaborated across the miles on a second creative project. 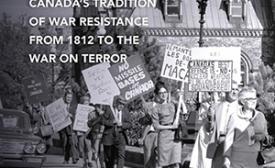 Like her counterparts in other area churches, Ida Buhler has the unenviable task of making budget cuts. At the recent Mennonite Church Saskatchewan annual delegate sessions, the finance chair reported a $40,000 shortfall in church donations to the area church in 2014. 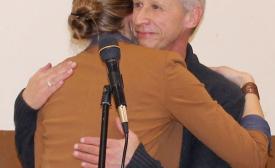 With appreciation and affection, participants at Mennonite Church Saskatchewan’s annual delegate sessions said thank you and farewell to Jerry Buhler, who served as area church minister for nine year years. It was clear from the standing ovation he received that he made many friends during that time. 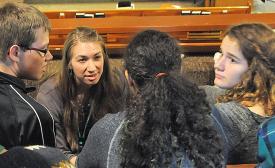 “We want a church that is for everyone, and we want to be part of making that happen.” This statement from a Saskatchewan Mennonite Youth Organization (SMYO) report to the Mennonite Church Saskatchewan annual delegate sessions appeared to be borne out by the level of engagement witnessed in members of the SMYO Committee at the March 13 and 14 meetings.