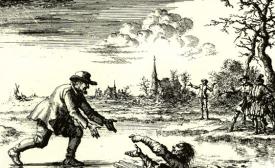 Based on an engraving of Willems, by Jan Luyken in Martyrs Mirror, the monument is intended to recognize the Anabaptist ideals of peacemaking. 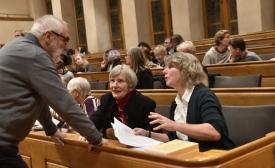 Now that I've finished my master's in Education and a certificate in Peacebuilding from a Mennonite university, I suppose I should know something about Anabaptist education. In truth, though, from my experience, studying, and research, Anabaptist education seems very similar to just "good" education.

I am not entirely sure how my recent piece in CM will be received with respect to church authority.  The basic point of the column was draw attention to both the conflicting or contending lines of authority that we have drawn and also, most importantly, to acknowledge that we have drawn them.  This was not a piece about rejecting authority much less rejecting God or the Bible.  It was rather about taking responsibility for the authority we name and claim.