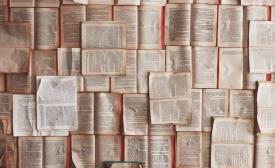 Korean translations of Mennonite books are a boon to seminarians and lay leaders in Anabaptist house churches, but they also appeal to other Christians in Korea. (Image by Free-Photos/Pixabay)

“Although each congregation has its own history and social and cultural background, it is common to experience the same sorts of conflicts, troubles and situations,” says Ellul Yongha Bae, a Mennonite church leader and publisher in South Korea. 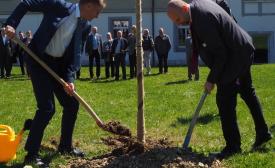 Gareth Brandt speaks at the Mennonite Church Canada Assembly in Saskatoon in 2016. (Photo by Matt Veith)

I am not one of those people who says, “I’m not religious, I just love Jesus” or “I don’t belong to any denomination, I’m just a Christian.”

Rather, I have sometimes said, “Those who are sure of their unique convictions are often more open to genuine dialogue than those who accept all beliefs as equally valid.”

The latter really have little to offer to a dialogue, and by accepting everything uncritically, they thereby dismiss anyone who has strong convictions. 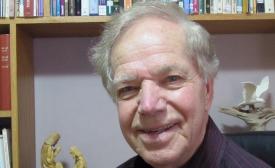 During our trip to Canada for the Christmas break, I was surprised how many times I heard the same story. It goes something like this: They are trying to get us not to say "Merry Christmas" and to say "Happy Holidays" instead because someone might get offended. If they are offended by Christmas, they can go back to their own country. After all, if we were in their country, we would have to follow their traditions.