Zion Mennonite Fellowship lends a hand to its neighbours 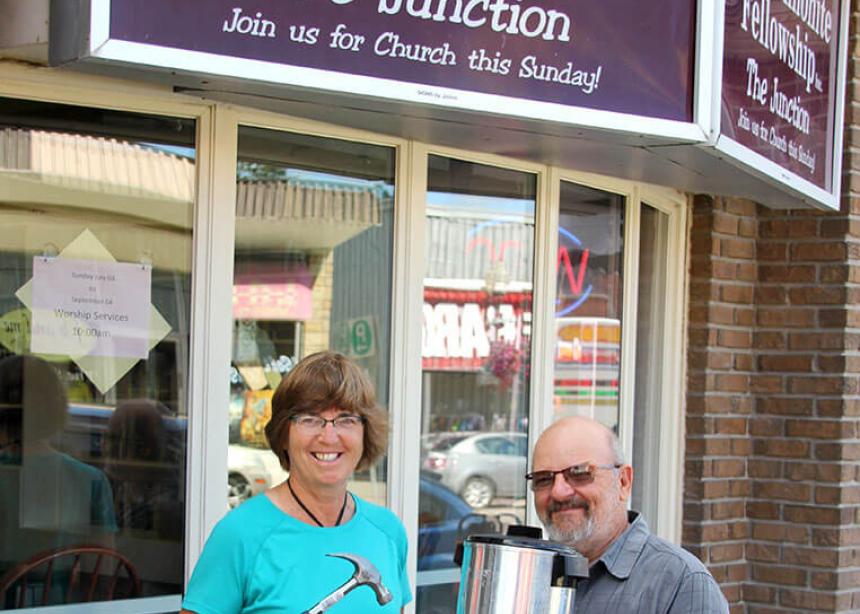 For anyone who lives in Elmira and needs a ladder to clean out his eavestroughs or get a Frisbee off her roof, call Bruce Weber.

Zion Mennonite Fellowship, in an effort to increase its visibility in the town of Elmira and improve the sense of community and neighbourliness in the community, came up with the idea of an object-lending program. Congregants have lots of items that they don’t use every day, so it was decided to lend them out to others as a service to local residents.

After a year of planning, Zion launched its Neighbour to Neighbour program earlier this summer. Checks with the church’s insurance company and a lawyer nixed ideas for lending power tools, but just about anything else—from coffee urns to hammers—is available.

A call to Weber, the program’s coordinator—519-669-4172—puts him into action. If what’s desired is on the list of offered items, he calls the person who has it, picks it up and delivers it. The congregation has even budgeted for repairs and replacements, should objects come back damaged. If the desired item isn’t on the list, he puts the word out in the church.

Brochures went out to the community, and a lead article in the local newspaper has brought some attention already. One concern was that Zion would end up in competition with the local rental company, but Neighbour to Neighbour doesn’t plan on offering large multiples of items like tables or chairs for a wedding.

While the idea came from members Kevin Regier and Allister Gough, Weber was in favour, remembering a bumper sticker that read “You are not entitled to what I have earned.” But he feels that a Christian attitude is one of sharing what God has provided. He and Marilyn Brubacher, Zion’s Mission Committee chair, want the program to model community and to plant seeds of being more neighbourly in the Elmira community. 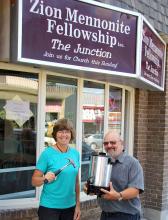