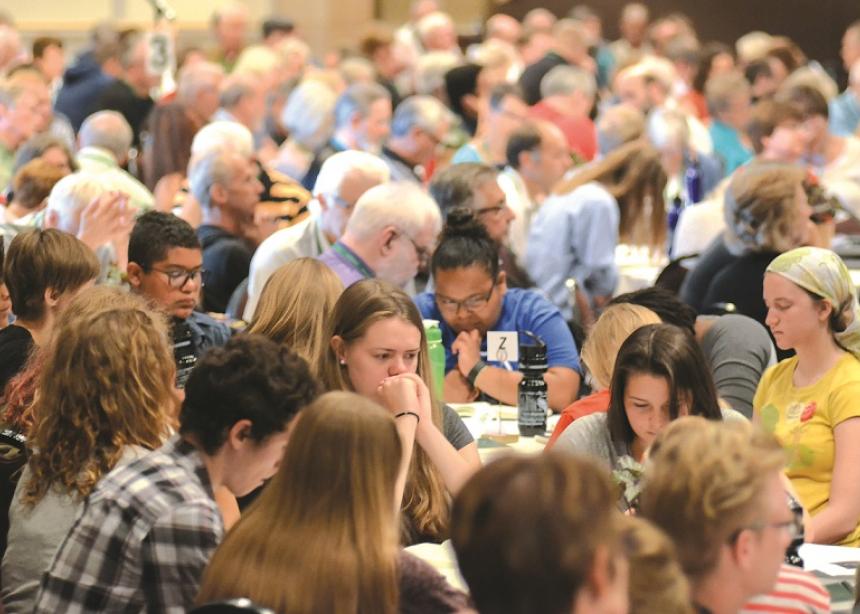 EVI members will lead special discussions and debriefing sessions for youth at the assembly, which takes place from Oct. 13 to 15, 2017, at the Radisson Hotel in downtown Winnipeg. Youth will also have the opportunity to integrate with adult delegates during table discussions.

“I know there are youth out there who would thrive in this kind of setting,” says Anneli Loepp Thiessen, an EVI member and one of the lead planners of the initiative. “It’s important they know their voice is heard and listened to.”

Their desire led to the creation of EVI’s vision statement and a response to the proposal, developments that were met with enthusiasm and encouragement from the wider church body.

When EVI held a cross-Canada tour in late 2016 and early 2017, members repeatedly heard about the importance of encouraging youth involvement in area and national church initiatives.

EVI is inviting people to donate so that youth who register for the assembly can receive financial support. The objective is to raise $20,000. Financial assistance for youth attending the event won’t hinge on them attending with youth groups.

Youth who attend Assembly 2017 will meet with EVI members at the Radisson and engage with the Future Directions proposal during the evening of Oct. 13 to prepare for discussions the next day. Youth will integrate with adult delegates during table discussions, with EVI members circulating to answer any questions they might have, empowering them to speak. Following the closing session, there will be time for debriefing.

With the changes happening in MC Canada, it is important to get as many perspectives and hear as many voices as possible, says EVI member Alex Tiessen, who is helping plan the youth initiative. “This is a changing church, and we want this next generation of youth who are coming into the church to have a voice in the changes that are happening,” he says.

Youth will stay together on the same floor of the Radisson, with lots of food and opportunities to socialize in a fun setting.

“We are trying to make the weekend something that will be enjoyable for youth, and fun and a positive memory,” Loepp Thiessen says.

EVI is hoping to attract as many youth as possible.

“We want youth to care [and] we want to be supports for them,” Tiessen says. “We want to show them this is important stuff, and it’s not just for people who are middle-aged or older. The things going on in the church are for everybody.”

Anyone interested in donating to help make it easier for youth to attend Assembly 2017 can visit donate.mennonitechurch.ca. Once MC Canada knows the total amount that will be available, and the total number of youth that will be accessing the fund, it will reimburse youth delegates proportionally. In the meantime, youth are encouraged to register online at home.mennonitechurch.ca/winnipeg2017, complete with full payment.

Tiessen encourages youth to visit EVI’s website at emergingvoiceonline.wordpress.com, where they can read blog posts reflecting on the Future Directions process. He is also hoping to have a special preparation guide for youth posted to the website in advance of the assembly.

Loepp Thiessen stresses that all youth are invited, no matter what their knowl-edge of MC Canada and the Future Directions proposal is. “It’s not too late,” she says. “We can fill you in. You can be a part of this.”

With files from Deborah Froese of MC Canada. 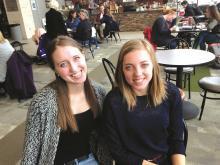