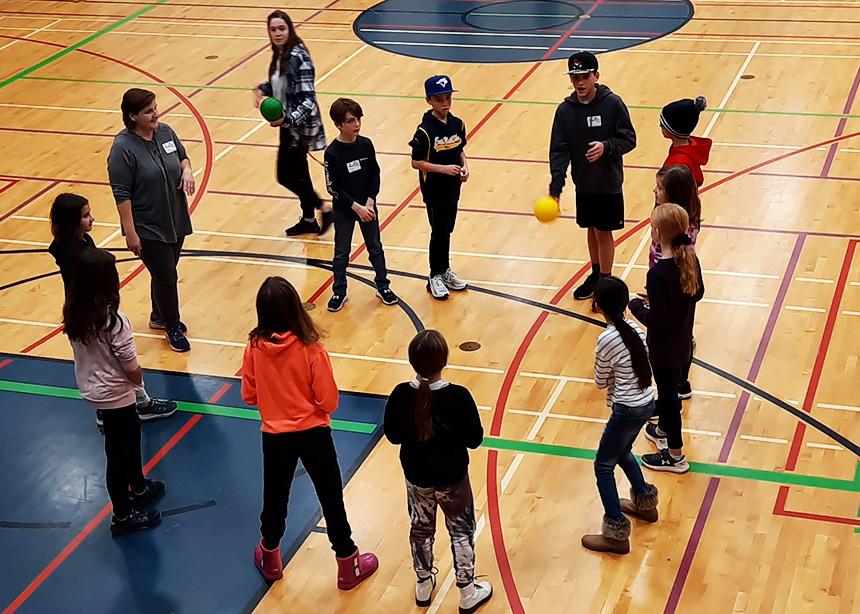 Like many of their peers in Mennonite Church Canada congregations, the youth pastors in Leamington were wondering how to react to declining Sunday school participation and overall shrinking numbers of youth in their churches.

It didn’t take long for them to realize that they all longed for the same thing: a desire for the junior youth of the area churches to get to know each other in an atmosphere that allowed for spiritual growth and fun.

One of the organizers, Chani Wiens said, “As a member of [North Leamington], and as someone who grew up strongly identifying as Mennonite, I believe in community and bringing the churches together as much as possible.”

This sentiment was echoed among the other leaders, and the “Junior Youth Converge” initiative was born. The group decided to start small to see where the spirit led. Four gatherings were planned during this school year, with a different leader taking charge of each.

The first event was held at the UMEI, with 22 youth attending. The evening began with icebreaker games and then moved into worship, singing, a snack time and further games in the gym. Response was positive.

The second event held to the same format, and took place on Nov. 25, also at UMEI.

The youth leaders appreciate their desire and ability to work together. The feeling that all four groups are working and planning together gives them energy and bolsters the feeling of community they are trying to spread. They hope to continue and expand this initiative in the following years.

Other churches with small junior youth contingents across Essex County are especially welcome to join in the fun.

Mykayla Tiessen, one of the organizers said, “I’m very excited to see what God has in store for our ‘Junior Youth Converge’ program in the years to come!” 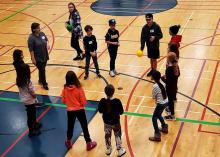