‘You don’t need words to do it’ 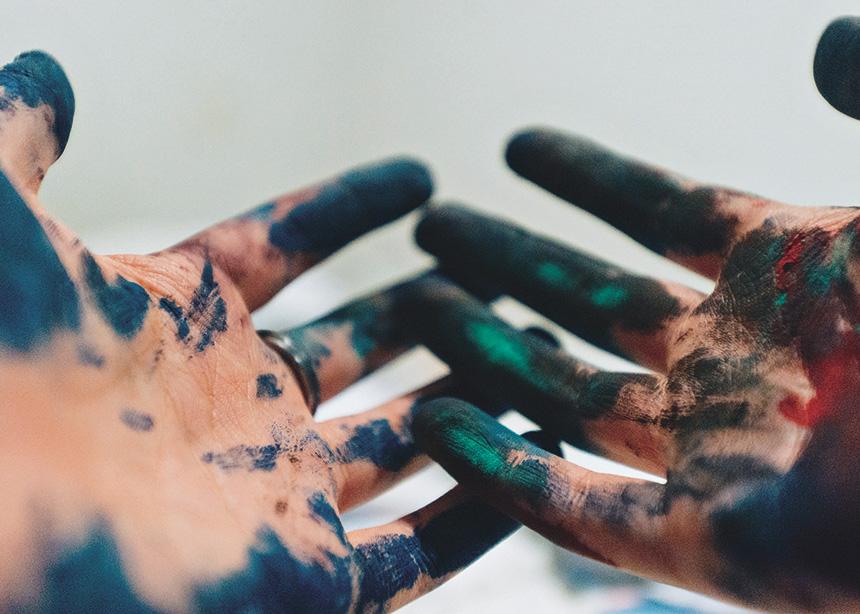 Sometimes people go through experiences that are too difficult to talk about or too confusing to articulate. Art therapy helps many people process and heal when at first the words are just too hard to find.

“One of the real gifts of art therapy is that the inexpressible can come out in lines and shapes. . . . You don’t need words to do it,” says Lauren Harms, the pastor of Calgary Inter-Mennonite Church who works as an art therapist at her practice, Lily Inspired. She earned a dual diploma in art therapy and expressive arts facilitation from the Winnipeg Holistic Expressive Arts Therapy Institute in February 2021.

Creative outlets like music and writing have always been helpful in caring for her mental health. When she was caring for her great-aunt who had dementia, she was working in an environment where a lot of lonely people existed.

“I wanted more tools to work with people and to provide safe spaces, but also creative spaces for people to have fun,” she says. “Sometimes we just need to play.”

When Jungyeon Jennifer Lee began volunteering with students at Canadian Mennonite University (CMU) for her art therapy internship, she was afraid no one would attend any of her sessions. But she needn’t have worried. Students filled up her schedule, eager to grow from art therapy’s unique approach.

“They said, ‘It’s really fun and insightful at the same time. I’ve never heard that therapy is fun’, ” she says with a laugh.

Lee, who attends Charleswood Mennonite Church in Winnipeg, works full time as a financial officer for the provincial government, while also studying art therapy full time. She is graduating this spring from the Kutenai Art Therapy Institute in Nelson, B.C., where she studies as a distance student.

Her passion for art therapy began 20 years ago, when she was preparing to immigrate to Canada from South Korea. “I was hopeful but also afraid of a new life in a new country. I was praying to God: ‘What is the purpose of my life?’ because at that time I felt a little lost,” she says.

Then one summer night she dreamt of stars filling the sky, moving and dancing together. “Then the stars began to embroider the sky,” she says, and they spelled “Art Therapy.”

“I woke up from the dream with overwhelming joy,” she says. She didn’t even know what the English word “therapy” meant, so she ran to the dictionary to look it up. “So art therapy entered my life as a striking, star-like image in a dream in 2001. . . . It became my constellation, my life force.”

When she suffered a concussion during her third year in Canada, she struggled to speak, write and walk for a year. “That was [a] really hopeless and helpless situation, and I was in a deep depression,” she says. “Art making was really healing for me to get out of the despair.”

Haeon Grace Kang, too, knows first-hand the life-changing power of therapy, as it played a huge role in her healing and recovery from mental illness. She is now studying in the master of marriage and family therapy program at the University of Winnipeg, while simultaneously studying fine arts at the University of Manitoba.

“I hope to integrate these two fields in my practice by combining family systems theories with art expression and interpretation,” she says. “Art is so interesting because it’s an expression of who someone is and all the experiences that culminated in the person they are today.”

Art can also reveal things that people don’t know about themselves.

Harms has had clients who drew one image and yet another image appeared within the art that was a complete surprise to them. This ended up leading the therapy in an unexpected direction. The same thing has happened to her, and she still has the art hanging on her wall; it holds a lot of meaning for her.

“I find that giving people space to be creative allows them to create their own healing,” she says. “I think that people are inclined to work towards their own wholeness.”

Every art therapy session looks so different, depending on the client. Usually though, it begins with an activity that connects the therapist and client, and settles them both into the moment, like deep breathing, spontaneous drawing or an imagining activity. Then, with the client leading the direction of the session, often a lot of time is spent on creating art, whether it’s with clay, watercolours, or cutting and folding paper. Integral for clients is debriefing the process and considering the end product—describing the art, noticing how their body feels, talking about their feelings and writing about the process.

It’s all about being curious, Harms says: “The art is so interesting because it’s both very simple and holds a lot of wisdom. You don’t have to be an artist to put something on a page, but it’s just a space to hold what’s going on.”

For created beings of a Creator God, the act of creating can be a transformative and spiritual one.

“Art, when approached prayerfully, can become an act of worship and, because it is worship, it has the ability to transform the participant,” Kang says. 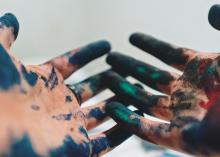 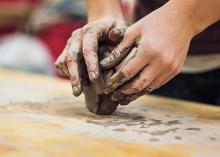