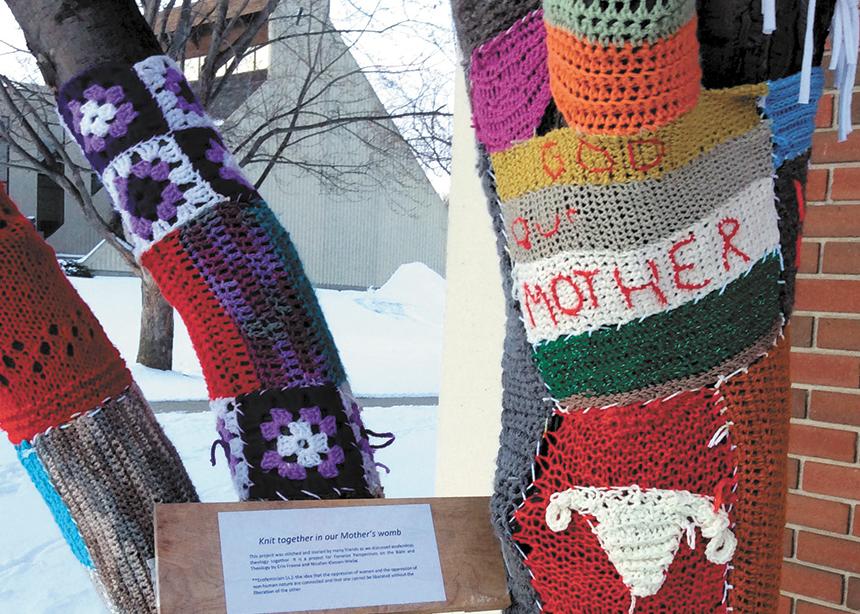 Most upper-level university classes end with a final essay, not a photography project, prayerful meditations or a “yarn-bombed” tree. Sheila Klassen-Wiebe, however, took the road less travelled for Feminist Perspectives on Bible and Theology.

Last fall, Canadian Mennonite University (CMU) offered this feminist theology class, which was taught by Klassen-Wiebe, an associate professor in biblical and theological studies. Students had the option of doing a creative project rather than a traditional final essay.

The class, which approached the Bible and theology from a feminist perspective and the lived experience of women, was an attempt to look for “whispers of God’s word and good news, but really challenging the oppressive parts of Christian texts and Christian tradition,” she says.

The creative project, she explains, was a recognition that not all people learn the same way or show what they’ve learned in the same way. It was also a way to shake up traditional academia. “I encouraged students to express their learnings in ways that were not your typical, left-brain, write-an-essay type of way,” she says. “It was another way of trying to nudge us out of the ruts.”

Many of the students took up the challenge, including Laura Carr-Pries, who created a worship resource exploring different images of God, including God as midwife, God of wisdom, Mother God, Creator God and God in community. She says her project was an exploration of the images of God that aren’t traditionally invoked, as well as a way to delve more deeply into her own personal theology, which was formed in church and at home growing up.

“I grew up in a place that’s really intentional about how we describe God, so I wanted to explore that more for myself,” she says. “We use language and metaphors all the time to talk about God, but so often we resort to what we know—Father God, Shepherd God—and what can happen when that can be shifted and opened up a bit more?”

Alyssa Sherlock did a Humans of New York-style photo project involving portraits and quotes. Her project explored themes of perfectionism, self-image and faith among women she knows. One key lesson from her project was the importance of faith in a loving God in women’s paths to self-love, including her own, she says.

“All of the women struggle with self-acceptance, and their faith is a huge way they accept themselves as not perfect,” she says. “Images of God of being very relational, loving you unconditionally, loving you as you are, were very important to these women.”

Erin Froese and her classmate Nicolien Klassen-Wiebe “yarn-bombed” the CMU campus with crocheted squares. Together with a group of other students, the pair crocheted and discussed feminism, and then hung the squares on a tree outside one of CMU’s residences.

“We wanted to engage in the art of crocheting, which has often been seen as women’s work and not really valued as an art because it is so physical, like the act of creating clothing and blankets,” Froese says.

The project explored ecofeminism, which is the understanding that the domination of women and of nature are interconnected, and that liberation for either isn’t possible without getting to the root of the systems that oppress both. “It was symbolic of bringing together non-human creation and something that has stereotypically been women’s work, to reject patriarchal structures,” she says.

While not the first feminist biblical and theological studies class to be offered at CMU, the course is one of a few. Students found the non-traditional takes on the biblical canon to be refreshing.

Carr-Pries believes it’s important to consider the perspectives of those who are typically silenced in academia and in the world, including women, people of colour, and people of different sexualities and gender identities.

“This course itself gave a lot of food for thought and discussion,” she says. “It helped give a language to begin to ask questions and have conversations about challenging texts, which I think is really important. Our creative projects, as well as course content, [have] given us insight [into] how to engage with the Bible, and take theology seriously from our lived experience,” she says, adding, “I have never talked so much about a class outside of the course itself.”

Sheila Klassen-Wiebe says the class was “a gift,” and that the creative projects inspired her: “These projects gave me hope. It was amazing, the creativity, the thoughtfulness, the insight that these students put into these projects, of connecting what they were learning in class with real-life matters.”

See also “Studying the Bible through a feminist lens.” 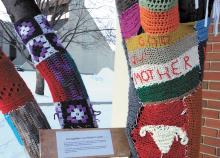 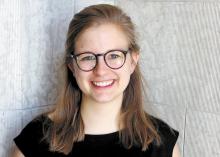 Laura Carr-Pries created a worship resource in the CMU course, Feminist Perspectives on Bible and Theology. (Photo by Aaron Epp) 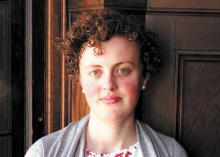 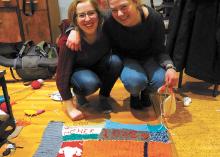