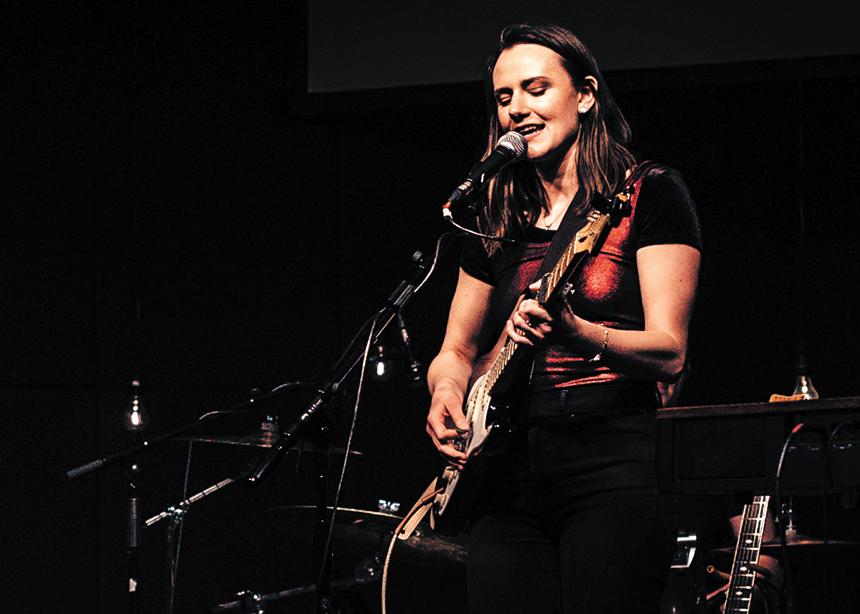 If good things come to those who wait, exciting times are ahead for Kenzie Jane.

The Winnipeg-based singer-songwriter recently released her debut EP, Love Me From Scratch, more than three years after she first started recording it.

Jane says she was encouraged to take her time by her mentors in the Winnipeg Folk Festival’s Stingray Young Performers Program. She participated in the program, which gives young people aged 14 to 24 the opportunity to learn from professional musicians and then perform at the festival, in 2016 and 2017.

“They talk a lot about how to release a CD successfully, and part of that is not rushing it,” says Jane, 24, who recently graduated from Canadian Mennonite University in Winnipeg. “It was good timing for me to be graduating and releasing this EP. It worked well for me.”

Judging by the quality of Love Me From Scratch, the wait was worth it. It’s a fully-realized, five-song collection that blends folk, R&B and jazz.

Jane recorded the album at AccuSound, a recording studio in her hometown of Altona, Man. AccuSound co-owner Lynette Giesbrecht produced and engineered the EP, with assistance from her brother Evan Giesbrecht. Jane’s friends Daniel Friesen and Nathaniel De Avila of Point Row Records put the finishing touches on the album in Winnipeg.

To augment her vocals, guitar parts and keyboard playing, Jane enlisted her friend Nolan Kehler to play drums and her father Curt Friesen to play bass.

Jane comes from a musical family, and performed with them when she was growing up. Having her father play bass on Love Me From Scratch, and at some of the shows she is playing in support of the EP, is special, she says. “A lot of what I’m able to do musically comes from what I’ve learned from him and my mom,” she says. “It’s neat to be able to be on stage, knowing I am where I am partly because of how he influenced me and raised me.”

When she chose the title Love Me From Scratch, she wasn’t sure exactly what it meant. That’s changed in the years since.

“Love Me From Scratch [means] love me for who I am,” she says, adding that she first chose the title because many of the songs she was writing were love songs—albeit love songs she based on experiences she observed her friends having.

Her favourite song on the album, however, is not a love song. “Who I Am,” the closing track, is a highly personal statement about navigating life’s ups and downs.

“It’s a pretty honest song,” she says, adding that “Who I Am” earned her a spot as one of the top 25 finalists in CBC Music’s 2016 Searchlight competition. “A lot of my songs tend to be inspired by other people, but this was straight from my soul. It just came out one day.”

Jane—who attends Seeds of Life Community Church, a Mennonite Church Manitoba congregation, when she’s in Altona—says the song was also partially inspired by her faith. “ ‘Who I Am’ was inspired by being a spiritual being having a human experience, and . . . knowing there’s something greater than myself,” she says.

Now that school is over and Love Me From Scratch is out, Jane has her sights set on playing live. She is performing at the Northern Touch Music Festival in Winnipeg that runs from June 29 to July 1, and at the Winnipeg Folk Festival on July 6.

After that, she’s headed west, eventually making her way to Keno City, Yukon, for an appearance at the Keno City Music Festival on Aug. 3 and 4.

Even though she’s been performing since she was a child, Jane says that the confidence to get in front of a crowd does not come naturally to her. “It’s taken me a lot of time to get confident with my music and feel like I’m good enough to do something with it,” she says.

Whenever she starts comparing herself to other artists, she reminds herself to focus on her own music and her reason for making it. “Being able to do something I love, as opposed to trying to keep up with [others], that’s where my confidence comes from,” she says. 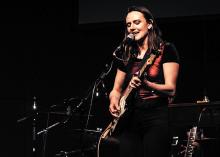 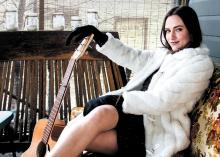 Kenzie Jane recorded her EP in Altona, Man., where she grew up. (Photo by Robyn Adam) 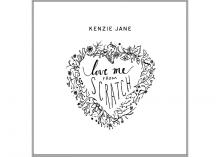 ‘Love Me From Scratch [means] love me for who I am,’ Kenzi Jane says. (Cover art by Sydney Friesen)