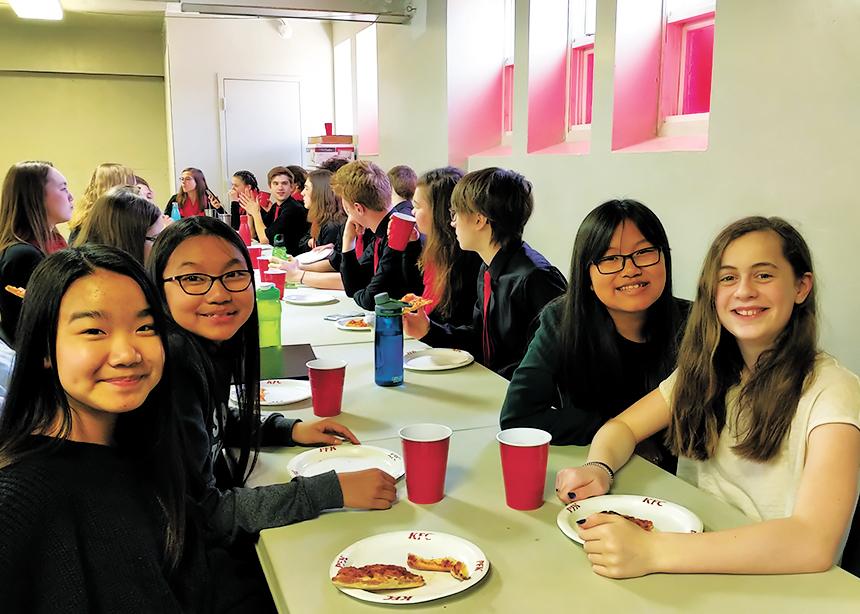 Every year, Rockway Mennonite Collegiate in Kitchener, Ont., facilitates worship services at churches in the area, to build bridges between the school and its constituency.

This year, the senior choir students had a particularly moving experience when they sang and led worship at Kitchener’s Chin Christian Church, a member congregation of Mennonite Church Eastern Canada, on April 28.

Maya Morton Ninomiya was among them. The 18-year-old Grade 12 student, who normally attends St. Jacobs Mennonite Church, led children’s story at the Chin church that Sunday and sang in the choir.

“It was a lot of fun,” she says. “The people at Chin Christian were very welcoming. As soon as we came in, people were shaking our hands and getting to know each one of us.”

Marlys Neufeldt is the head of Rockway’s music department and conducts the senior choir. She says that services like these are an opportunity for students to gain skills in leadership.

“The people who spoke [and] gave music, their gifts have been growing through high school and through the progression of the year in senior choir, and it’s really marvellous as we come close to the end of the year to see how their confidence and abilities have grown,” she says.

Neufeldt also thinks that opportunities to participate in worship services that involve people of different cultures is valuable. The Chin church is made up of people from the Chin ethnic group who came to Canada as refugees from Myanmar, via Malaysia and India, over the last decade.

“I think it’s really important for Canadian Rockway students to be exposed to a different kind of worship, and for them to notice the differences but also some similarities, and for them to see there are many different ways of worshipping, praising and making music,” she says. “It’s a more genuine mutual relationship when there’s giving and receiving both ways.”

During the service, the students got to sit in the pews and listen to the Chin worship band. They also experienced how congregants pray out loud at the same time, which Neufeldt says was a moving experience. “The people who were around me, I could hear them praying out loud in Chin, and once in a while I could hear the words ‘Rockway Mennonite,’ ” she says.

Morton Ninomiya says the experience was impactful for her and her peers.

“I think it’s good to go to churches that worship differently and in a different language, to see that even though we have very different ways of praising, worshipping, singing and leading the service, we’re all doing a similar thing and have a similar passion for music and for worship,” she says. “It’s great to see the diversity of the ways different Christians worship in our community.”

Neufeldt says that such events are also a way to introduce the youth at Chin Christian Church to Rockway, to see if they might be interested in becoming students there. 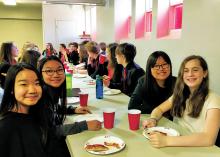 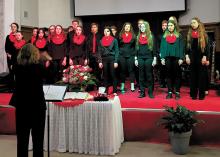