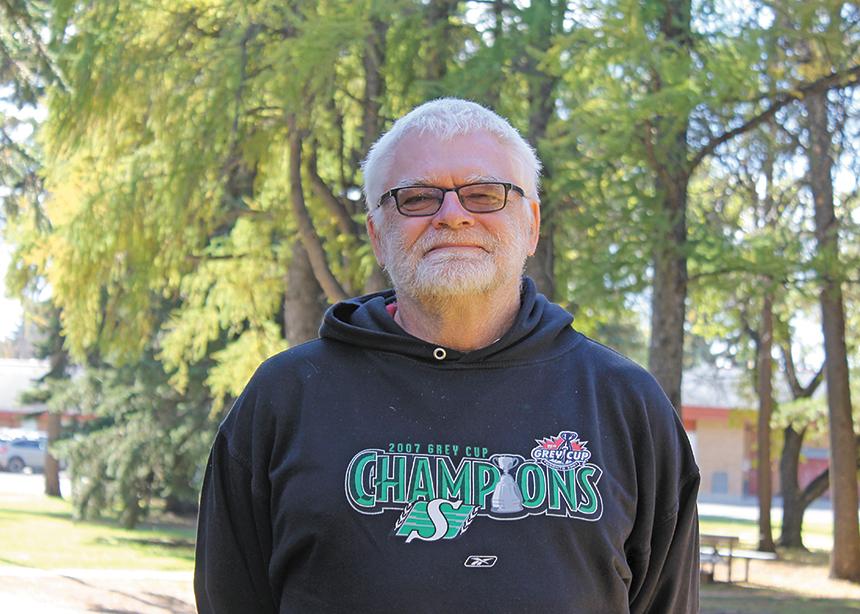 The small church where I pastor, Grace Mennonite Church in Prince Albert, Sask., is probably not often accused of being “high church.”

A few weeks ago, the service began with a worship leader wandering distractedly between his seat and the pulpit, wondering out loud whether he should shed his tools before the service began. Finally, he left his wrench at his seat but blurted stoutly, “I’m keeping my pliers!” He is a much loved member, and the congregation was charmed.

Some time ago, I sat over coffee with my congregational chair to discuss future church directions. The chair offered to arrange resource people to bring us a “blanket exercise,” a creative method of opening our eyes and our awareness to the struggle of First Nation folks from the time settlers walked onto what we now call Canada. My input was to suggest that this exercise would be more than an educational event in the Sunday school area, but rather an experience of worship in the sanctuary. The pain of God’s people is everyone’s pain.

On that Sunday morning, I arrived early and moved pews to the sidelines. I discovered that church pews are heavy. My lower back sulked for days afterward. Then the presenters began appearing, and soon our sanctuary carpet was covered with colourful blankets. The only time I considered calling a halt to these goings-on was when a few Toronto Maple Leaf blankets appeared right in the worship space!

We had spent energy encouraging congregants to risk a different worship experience and needed to widen the circle to make room for more. We are not many, but everyone was encouraged to invite guests. It was a varied group, including a homeless fellow who stopped by in the hope of scoring a bite.

We were invited to step onto the blankets. One person donned a top hat to represent the political might that Indigenous folks have encountered at every turn. Another strapped on a collar and became the church. As the narrator began taking us through the historical experience that his people had endured—the diseases, the firewater, colonization, treaties, the schools—the power person swept among us, chasing some off blankets, forcing others to inhabit much smaller spaces. And always, the power person was followed mutely by the person representing the church, folding and removing blankets, and responding however the top-hatted person directed him.

Soon, there were few left standing. As the narrator drew the exercise to a close, it was already noon, high time for the potluck portion of the morning to proceed. We Mennonites don’t wait so graciously for our casserole!

But we were not yet done with the sanctuary space. Our leader suggested we go around in a talking circle, sharing our experience of the exercise. Tears were shared, stories were shared, including the homeless fellow, who grasped the microphone and told of hard chapters in his life of being a wanderer.

When my turn came, I could only express my remorse at the role of the church in this broken history, the church that took its orders and its plunder from the powers of the day, mixing colonizing with converting in some of the saddest chapters of that history.

We were an hour late before we could tuck into our repast. The only prayer of the morning was in Cree, asking for blessing on our food. Laughter rang out often. Phone numbers and addresses were shared. Folks hugged. And worship happened.

Ed Olfert (p2pheo@sasktel.net) continues to find awe in every direction, even in the absence of casserole! 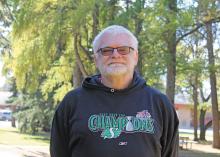 Mr. Olfert, you said the only prayer given that morning was in Cree to ask for blessing on the food and the only activity mentioned was a "blanket exercise." And yet, "worship happened"? That leaves us to wonder who or what was worshiped. And in what form did that worship take place? Did the people who came to your church that day hear the life-giving Gospel of Jesus Christ?

The comment by Elaine Fehr causes further reflecting. I checked my dictionary for a definition of "worship" but was unsatisfied. So, as usual, I'll make up my own: Worship, often thought of as communal, is the act of reaching beyond ourselves to touch something holy.

Our reaching that Sunday was about touching the pain of an ethnic group of God's children, and of acknowledging our complicity in that pain. I believe that repentance is life-giving worship. A measure of the worship is that a (self-professed) atheist friend who attended has asked several times when we are having another such worship, so he may be present.

Thanks, Ed. We in Huron Robinson 1850 treaty were gifted with a very positive judgment for Christmas from justice Patricia Hennessy. We can’t go back 200 years to change colonial history but we can hear the hurts and work for justice today.

Thank you, Ed, for your response. I think it may be true that “a measure of the worship is that a (self-professed) atheist friend who attended has asked several times when we are having another such worship, so he may be present.”

I understand your point, however, sometimes (actually, most times) you must listen first and really try to understand & feel the hurt that others have suffered, before you proclaim anything. Until the other person knows that you understand his pain, your proclamation will fall on deaf ears & then you just sound like a noisy gong.

The way I understand the circumstances in this article is that the Indigenous were invited to bring a “blanket exercise” into a church. Their concerns were listened to and the church acknowledged its complicity in their pain. I also have the impression that through shared tears and remorse, their pain was felt and understood. So that would seem to have fulfilled what I’ll refer to as “your prerequisites” for proclaiming Jesus Christ. But even so, Jesus Christ was not proclaimed. And I see that as a missed opportunity.

Having said all of that, I don’t necessarily agree with “your prerequisites” for sharing Jesus Christ and His Gospel—that one “must listen first and really try to understand & feel the hurt that others have suffered, before you proclaim anything”.

Acts 2 is a great example of what happened at one gathering where those prerequisites were not met. Peter preached a sermon, giving the life-changing message of the Gospel of Jesus Christ (per verses 14-36). Here’s how many responded—“ Now when they heard this, they were cut to the heart, and said to Peter and the rest of the apostles, “Men and brethren, what shall we do?” Then Peter said to them, “Repent, and let every one of you be baptized in the name of Jesus Christ for the remission of sins; and you shall receive the gift of the Holy Spirit.” (verses 37-38)

Now for the exciting part—about 3,000 souls were added to the church that day! Those 3,000 had gladly received and believed the gospel message they had heard and were baptized right then and there. So much changed for them that day. They were brought from spiritual death to spiritual life, freed from the burden of sin!

While the church is called to fill many temporal needs locally and abroad, I really believe that preparing individuals of every race, creed and colour for eternity should be a priority. And that’s why freely sharing The Gospel of Jesus Christ, which offers the hope of eternal life with Him, is so incredibly important.

A Canadian Mennonite article "Worship Happened" (Oct. 31/18), by Ed Olfert of Grace Mennonite Church in Prince Albert, Saskatchewan has just recently come to my attention. In response to a "future directions" query, Olfert and the church leadership team committed to hosting a "blanket exercise" in lieu of their regular Sunday morning worship service. In this case, the blanket exercise was presented to the congregation by a group of Cree Indigenous folks.

Olfert indicates that it was an opportunity for the congregation to "risk a different worship experience," and he goes on to indicate that the blanket exercise was intended to inform the congregation of the Indigenous peoples' experience of colonization post 1492 a.d.

I found the tone of Olfert's writing a bit glib, considering the seriousness of the message delivered by the Cree individuals conducting the blanket exercise. The reference to "aching backs," "hockey sweaters," and postponed "potlucks," seem to be out of place when contrasted to the effects of "disease," "alcohol," "residential schools," "treaties," and "colonization" experienced by First Nations people through their subsequent interaction with whites arrival to North America. In addition, Olfert's list of the effects of colonization could have included loss of culture, loss of spiritual beliefs, loss of language, stolen land, stolen children (sixties scoop), and more. Olfert indicates that the upshot of it all was that tears were shed, strangers embraced, phone numbers were exchanged, and everyone got their lunch.

If that's all there was to this "blanket exercise," a feel good ending to a tragic history, a history that the Mennonites of Olfert's congregation and their ancestors were and are complicit in, the commission of injustices upon the Indigenous cultures of Canada through the process of past and on-going colonization, if that is where it ends, in an exchange of phone numbers, then I think the blanket exercise was perhaps held in vain.

Here was a perfect opportunity for the leadership of Grace Mennonite Church in Prince Albert, Saskatchewan, to call their flock to repentance. An opportunity for redemption, to turn their wandering souls from the continuing worship of mammon, land, capitalism, etc. and turn to repentance by encouraging the congregants to "sell all you have and give to the poor." There seems to have been an opportunity missed, the opportunity to call tens, and hundreds, and thousands of Mennonite souls to repent, to turn from injustice and return to Yahweh.