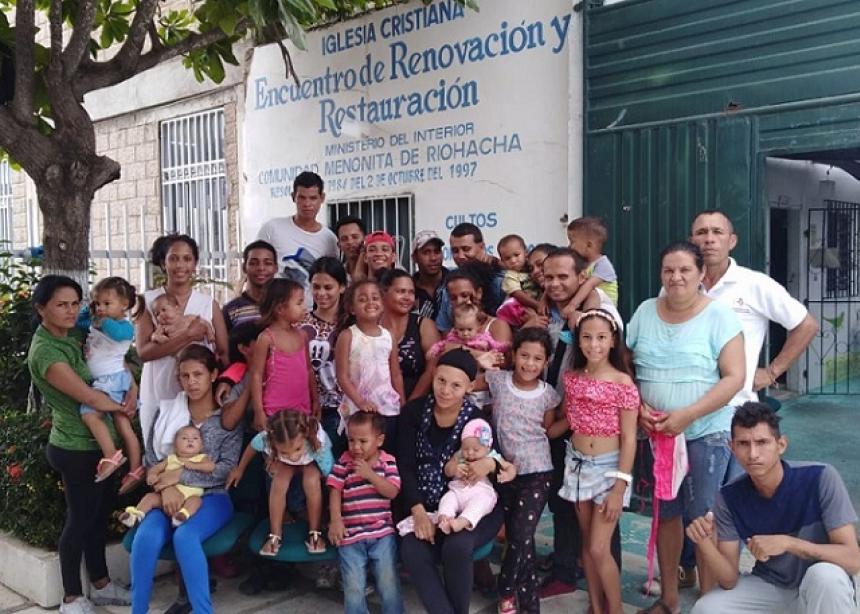 Every year on the Sunday closest to January 21, Mennonite World Conference (MWC) invites its 107 member churches to join in a celebration of World Fellowship Sunday. (See the 2019 worship resources here.)

The worship themes vary from year to year, but the rationale for the timing of the event has remained constant: on January 21, 1525, a small group of Christians in Zurich, Switzerland, participated in a baptismal service that launched the renewal movement that we know today as Anabaptism.

As with the beginnings of every reform movement, the identity of the movement was not fully formed on that wintry day in 1525. Today, the Amish, Mennonites, Hutterites and a dozen other groups all claim the early Anabaptists in Switzerland among their founders.

Each of these groups can also identify other beginning points for their church. The Amish, for example, trace their origins to a renewal movement around Jacob Amman in 1693. The Hutterites first practiced community of goods in 1528 and did not adopt their name from Jacob Hutter until several years later. One group vigorously opposed all such commemorations, insisting that the only appropriate marker for Anabaptist-Mennonite beginnings was Easter Sunday or, perhaps, Pentecost.

When we shift our attention to the global church, the question of “beginnings” becomes even more complicated.

Did the Anabaptist-Mennonite tradition in Java begin with the arrival of Pieter and Johanna Jansz in 1852; or with the indigenization of the church under the leadership of Tunggol Wulung a decade later?

Did the Meserete Kristos Church of Ethiopia begin in 1945 with the first Mennonite missionaries from eastern Pennsylvania? With a renewal movement called Heavenly Sunshine in 1962? Or with the decision in 1965 to identify their church as “Christ the Foundation”?

Over the past century, most Mennonites of European descent have come to regard the January 21, 1525, date as almost sacrosanct; yet this event became the focus of historical veneration only relatively recently when Mennonite leaders from seven countries gathered in Switzerland in 1925 to coordinate relief efforts for Mennonite refugees in South Russia.

In the coming decade, Mennonites around the world will have the opportunity to commemorate the 500th anniversary of the beginnings of the Anabaptist movement.

In 2015, following conversations with member churches and ecumenical partners, the MWC Executive Committee approved a 10-year series of events called “Renewal 2027.” Beginning in 2017, MWC holds an annual celebration in various parts of the world, highlighting especially the ways in which the Anabaptist tradition has found expression in the context where the event is being hosted.

Plans are also well underway for a significant celebration in Europe in 2025 (organized in conjunction with a meeting of the MWC General Council and the assembly of European Mennonite Churches) that will include input from ecumenical partners, European Mennonite and Baptist historical societies and the local Swiss Mennonite church.

So, as MWC has publicly affirmed for decades in its World Fellowship Sunday, the baptisms of January 21, 1525, make it a significant date to commemorate.

But MWC’s commemorations will conclude at its 18th global assembly, likely to be held somewhere on the African continent, in 2027. Doing so is a reminder that the Mennonite tradition is not locked in its 16th century European origins. We are part of a global movement, ever renewing, that is both rooted in the past—be that Jerusalem, Zurich or Semarang—and oriented to the future.

John Roth is secretary of the Faith and Life Commission of Mennonite World Conference. A version of this article first appeared in The Mennonite.