Working on different ends of the agriculture spectrum

‘As long as you’re growing’ 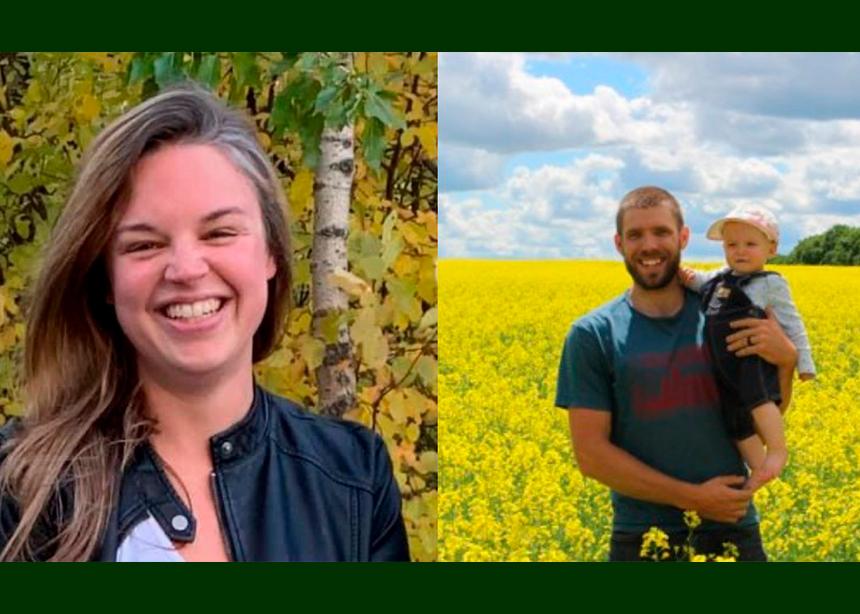 For many students, the outdoor education class at RJC High School was fun, memorable and character building. But for most, the skills aren’t ones they now use in their everyday life. For Emily Hand, a 2002 graduate, however, that is exactly what happened.

These days, the best words to describe Hand’s life are “homesteader” and “outdoorswoman.” She and her family live in Rosthern, but she has farm plots with different crops at friends’ homes and acreages. She also hunts, traps and fishes, and raises meat rabbits at their home.

“A lot of those things that I do are considered hobbies for some folks,” she says, “but I’ve made it so that it actually sustains my family.”

While it’s not a traditional form of agriculture, this life is one she has been drawn to since childhood.

“That draw to provide from the land started from a really young age,” she says. “I always had this fantasy of providing for myself and cutting out that middle person.”

Through farming and hunting, she is able to provide most of the food her family eats. She has developed a market in town for the meat rabbits and sells the fur she gets from trapping.

At the other end of the agriculture spectrum is Ian Epp, a 2009 graduate. He grew up farming and, even while he was at RJC, he would go home and help out after school. After graduation, he went to the University of Saskatchewan and earned a bachelor of science degree in agriculture. As he was finishing up his degree, he also started up his own canola farm, renting land outside of the city and commuting back and forth.

“I usually joke, but it’s actually pretty accurate, that my university marks were dependent on how fast we wrapped up harvest,” he says. “If there was a fast harvest, I was a pretty good student; if we were combining during midterms in November, I wasn’t quite as good of a student.”

Today, he has dual roles in the agriculture world: he continues to run his own farm, but he also works as a teaching agronomist for the Canola Council of Canada. In the winter months, he spends a lot of time travelling (pre-pandemic at least), teaching farmers and other agronomists about the latest research and helping to improve harvests.

Epp finds the two parts of his work inform each other and provide balance in his life. He enjoys the plant-science side, looking at fields and trying to solve problems. But when giving advice to farmers, he has the perspective of someone who is also running his own farm.

While both Hand and Epp are practising very different kinds of agriculture, both are members of the Rosthern Agricultural Society.

Both recently participated in a video that highlights agriculture in the Rosthern community and also shows the diversity of farming that members do.

Emily says that, while there are different kinds of farmers in the society, everyone’s work is welcome: “You can do this at any size, or any scale, or you can take it any direction, as long as you’re growing.”

When they think about the connections between their time at RJC and the lives they’re living now, both Epp and Hand see a lasting impact.

Hand still thinks about the skills she learned in the outdoor education class at RJC. “Because I work as an outdoorswoman, the outdoor ed class, I still refer to it,” she says. “That was a class that I felt was preparing me for something later.”

For Epp, his time at RJC helped broaden his worldview, specifically the Alternative Learning and Service Opportunity trip to Guatemala and travel to inner cities in Winnipeg and Saskatoon.

“For a small-town farm boy, that was very much an eye-opening experience,” he says, seeing people who didn’t always have enough to eat or who struggled to sustain their families.

Now, as someone who grows food that is exported around the world, he thinks about the people who will be eating it. “That is something that sticks in the back of my mind,” he says. “I’m not going to see those people, but you know that, at the end of the day, I’m feeding people. That’s something that inspires you to get up in the morning.” 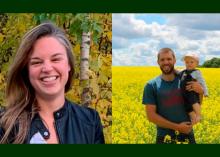