I Am Not Your Enemy: Stories to Transform a Divided World.
Michael T. McRay. Herald Press, 2020, 256 pages. 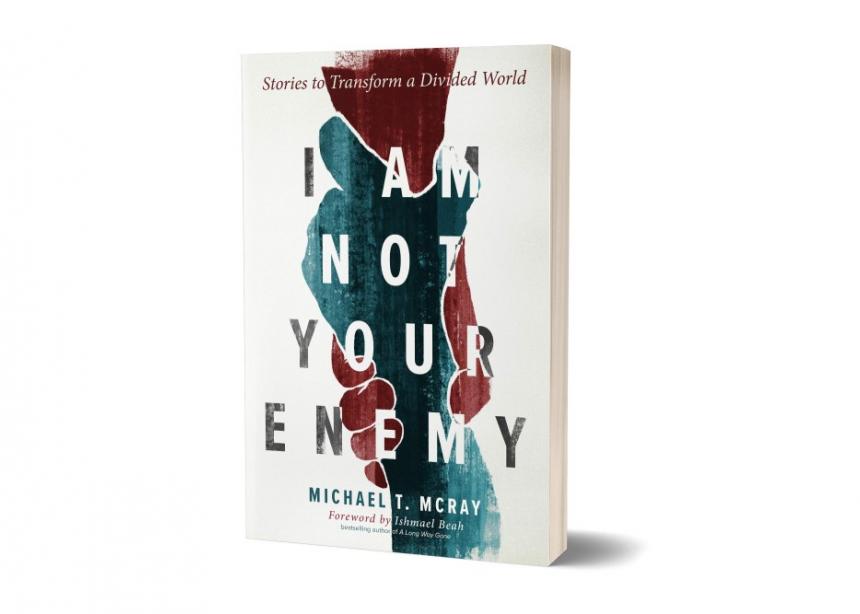 In the aftermath of last year’s Black Lives Matter protests, and the violence that boiled over in Washington, D.C., on Jan. 6 of this year, it feels as though tensions are rising in our society. As fear escalates, we wonder how to find a way for everyone to get along without violence. In his book I Am Not Your Enemy, Michael McRay explores this very question by reporting on his research into how to foster peace in divided societies.

McRay believes that we can be transformed by storytelling if we are wise enough to listen to the right kind of stories. We need to learn to listen to complex stories that are profound and that express truth. If we only listen to the simple stories of those who are like us, they will only hurt us in the end. “Single stories lure us toward the kind of thinking that leads to funerals,” he writes, but, “Wise stories are ones that help us face the truth around us and name it for what it is.”

Raised in Tennessee, McRay served for a few months with Christian Peacemaker Teams in Israel-Palestine in 2012. Interested in knowing more about peacemaking, he began a research project under the auspices of Texas Christian University. He tells the story of his travels to Israel-Palestine, Ireland and South Africa, listening to stories from people who are working for peace in places that have been devastated by violence.

He is a sensitive and careful listener, and all those he interviewed consented to having him share their stories. Experiences from both sides of each conflict are included. He doesn’t draw lessons from the stories but reflects on what he himself has learned, frequently comparing the situations in the Middle East, Ireland and South Africa with the attitudes and racism found in North America.

The first thing he learned is that “reconciliation” is a loaded term. He writes, “People in power prefer a victim calling for forgiveness and reconciliation to one calling for vindication,” because it suggests that the status quo can continue. He learned from his research that peace is not possible until justice is addressed. If peacebuilding doesn’t concretely improve the lives of those who have been oppressed, then it is not building peace.

Empathy and compassion are very important for reducing violence, says McRay, but on their own they are not enough. Dialogue and listening are first steps, but there must also be remorse and changed actions if solid bridges between groups are to be built. He comes to the conclusion that “forgiveness is more complicated than we’d like it to be.”

He also reflects on the role that fear plays in ongoing conflict. “We humans tend to do our worst when we are afraid,” he writes, describing the vicious cycle that fear, hatred and violence can spiral into. Acting out of fear is the worst thing to do. High walls are sometimes built in response to fear, but McRay believes they become self-fulfilling prophecies; all they do is perpetuate fear and conflict.

We humans have an amazing capacity to not understand perspectives we do not agree with, writes McRay, commenting that “sometimes it’s easier to believe a lie than to chance being unravelled by a truth.” He encourages those who want to seek peace to release their own ignorance and fear by exploring their own personal stories.

McRay writes with humility and draws the reader into his personal story. Although the book is easy to read, it deals with very weighty subject matter. He suggests that living in peace is possible, but challenging.

Anyone who wants to ponder what it means to build peace will want to read this book.

This book was chosen as the Winter 2021 Common Read book for Mennonite Church Canada. To borrow or buy a copy, download discussion questions, or view an interview with the author, go to http://bit.ly/2Y2Cy9O.

Related story:
Common Read continues with ‘I Am Not Your Enemy’ 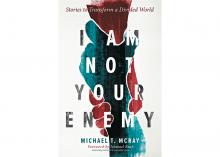