The winter’s most dangerous film 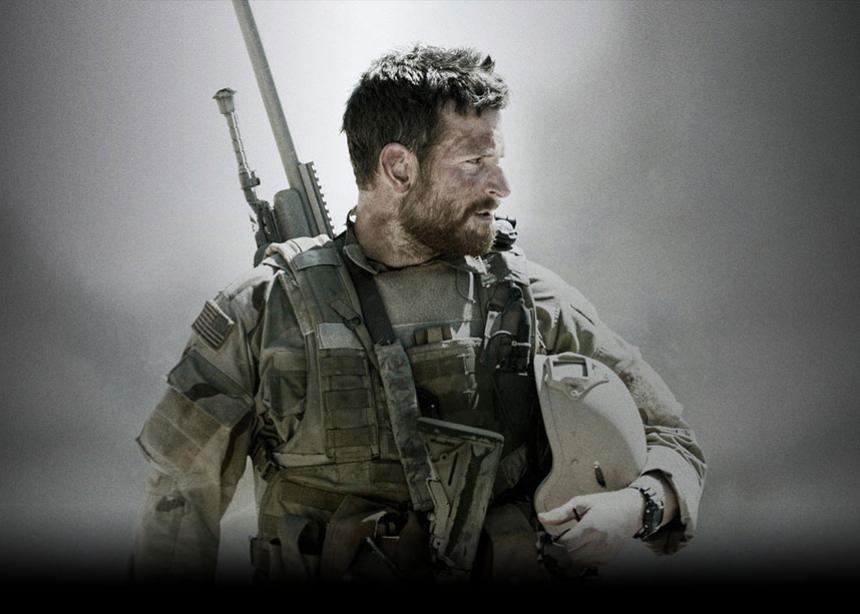 Set to become one of the highest-grossing films of all time, American Sniper is this winter’s surprise blockbuster. It is also one of the most dangerous films ever made, not least because of its popularity.

American Sniper tells the “true” story of Chris Kyle (Bradley Cooper), an American soldier sent to Iraq after the American invasion and subsequent occupation in 2003. Kyle becomes a hero because he is able to shoot and kill at least 160 people from his rooftop perch, including a woman and young boy who attempt to throw a bomb at the American invaders.

The film does an excellent job of showing the toll that such work exacts on Kyle’s psychological health and on his family relationships back in Texas, even indicating that Kyle lost some of his humanity in Iraq. Unfortunately, the family drama in American Sniper takes back stage to Kyle’s horrific experiences as a soldier in Iraq. And it is in Iraq that American Sniper fails.

By seeing Iraq through the eyes of Kyle and his fellow soldiers, the film dehumanizes the Iraqi people, whom Kyle repeatedly refers to as “evil savages.” We are led to believe that the people he is killing are terrorists working for Al-Qaeda, and a link is made between 9/11 and Kyle going to Iraq to “do his job.” But 9/11 had nothing to do with Iraq and the reason the so-called terrorists were there for Kyle to shoot is the same reason that Islamic State is there today, namely because the U.S. chose to invade Iraq for its own oil interests.

The failure to draw attention to the true context of Kyle’s presence in Iraq puts a lie to Eastwood’s claim that American Sniper is an apolitical film. A film that, due to this lack of context, depicts the Iraqi people—who have suffered so much for so long—as terrorists, and justifies the repeated invasions of their homes, is not apolitical; it approaches propaganda.

Indeed, Dan Fellman, the domestic distribution chief at Warner Bros., admits that American Sniper is so popular in the U.S. because it “deals with family, with patriotism and it recognizes a hero.”

Many American viewers see American Sniper as justifying all the years of unpopular American military activity in Iraq, and some of those viewers have already signed up to protect the world by killing the “evil savages” in the Middle East.

Eastwood has made a number of films, like Letters from Iwo Jima, that humanize the enemy. So it is a shocking disappointment to see no attempt at humanization in American Sniper.

One of the film’s few glowing moments comes when a soldier starts to question why the Americans are in Iraq at all. Kyle responds to this evident weakness by pointing out that they are not there just to protect “this piece of dirt,” but to protect the people in San Diego and New York, because that’s where these “terrorists” would be going if it were not for them. It’s understandable that one would want to protect one’s family back home from foreign invaders who might bang down their doors and shove a rifle in their children’s faces, but how can one miss the irony here? The fact is that in 2003 Iraq presented no danger whatsoever to the people of North America. But the U.S. military invaded anyway.

What really concerns me, however, is that the six Academy Award nominations it has received, lend credibility to an undeservingly popular film that can only make the world a more dangerous place. By appearing to justify the American invasion and occupation of Iraq as the only way to keep the world safe from terrorism, and by making people feel good about killing “savages” who wear cloth head-coverings, American Sniper will inspire thousands of American young people to enlist.

At the same time, by showing how American soldiers treat Iraqi people like criminals and invade their homes with impunity, American Sniper will only fuel hatred toward the American military machine in many parts of the world. Thus the cycle of violence continues.

American Sniper is a soul-draining film that should be avoided by all.