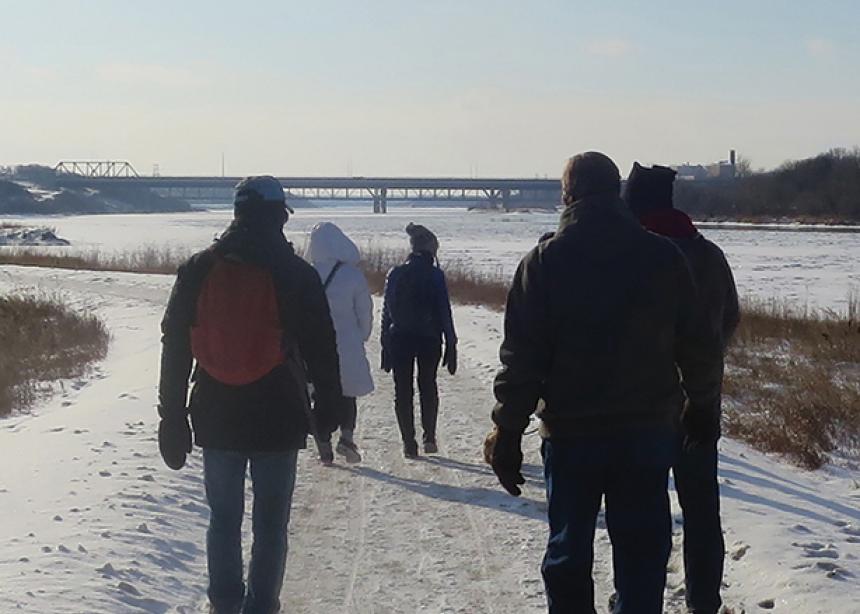 In this age of hectic schedules, electronic device dependency and human isolation, how can a church provide meaning, purpose and belonging? Saskatoon’s Wildwood Mennonite Church may have found an answer to this perplexing question.

Wildwood Unplugged offered congregants three weekends of activities similar to a church retreat, but without the necessity or expense of leaving home. The congregation set aside the second weekend of each month in September, October and November to play, pray and eat together.

Joe Heikman, the congregation’s pastor, notes that the lines between recreational and spiritual activities were intentionally blurred. “Recreation is spiritual,” says Heikman. “That is prayer as well.”

While most activities happened at the church, some took participants outdoors. In September, a group went canoeing on the South Saskatchewan River; the next month they enjoyed birding at the Forestry Farm; and in November, some opted to hike river trails, while others carpooled to visit seniors in their homes.

Each weekend included prayer, says Heikman. In November, participants constructed a prayer labyrinth in the sanctuary, which they used during an evening session exploring different ways of praying.

Some activities, such as September’s art night, were open to everyone. Others were intended for smaller groups. Men’s group and book club meetings were incorporated into the weekend schedules.

Attendance was strong, says Heikman. Although participants weren’t always there for all activities, he estimates there were about 50 people in total at each Unplugged weekend.

“RSVPs didn’t work,” he admits. “It’s hard to get people to commit to coming.” There were usually around 30 people at each meal, so organizers tried to plan accordingly. Meals were paid for by donation, and that, says Heikman, was a trial and error process.

Each weekend began with supper on Friday and concluded with a potluck lunch after Sunday worship. Meals, prepared by volunteers, ranged from soup and sandwiches to pizza made from scratch.

Sarah Rinholm is the church office administrator. She and her family enjoyed the Unplugged weekends. For her seven-and-10-year-old children, the weekends were “a good way to build comfortable relationships with other kids and with adults in the church,” she says.

“With two kids in hockey, we come when we can,” says Rinholm, “but there’s no guilt, we don’t have to commit to the whole thing.” She says the weekends are relaxed and fun, “like a big family gathering.”

On considering what worked and what didn’t, Heikman says the congregation found it better not to fill the weekends with too many activities. “Open space is important,” he says. “There is appeal in knowing the church will be open and there will be people there.”

With that in mind, two “unplugged spaces” were available for use throughout each weekend. The church’s fireside area offered a place to have a conversation, work on a puzzle or play a game. A quiet room provided a peaceful place to read, pray or nap.

“The weekends have drawn in some people,” says Heikman. “Some young adults who are connected with Wildwood, but who haven’t been attending Sunday mornings, have been coming out for activities.”

It may be too early to tell whether the church’s Unplugged weekends met their objectives, but the pilot project was so well received that it will continue. 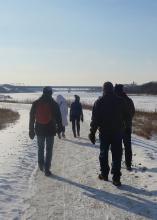 Children and adults enjoy a game of Skip-Bo together during a Wildwood Unplugged weekend. (Photo courtesy of Wildwood Mennonite Church)