Why does the Incarnation matter? 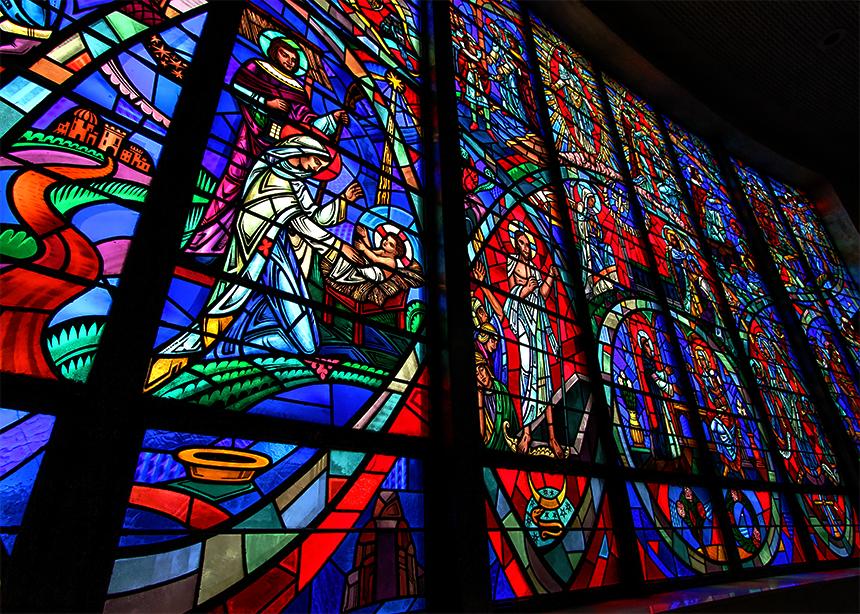 In the Christian tradition, the story of Christmas is grounded in the truth that God took on human form and came to live among us. Isaiah 7:14 says: “Therefore, the Lord will give you a sign. The young woman is pregnant and is about to give birth to a son, and she will name him Immanuel.” The name means “God with us.” The theological term for God coming in human form as Jesus is Incarnation.

Four Mennonite Church Saskatchewan pastors answered the question: “Why does the Incarnation matter?”

For Joe Heikman, co-pastor at Wildwood Mennonite Church in Saskatoon, the Incarnation helps people make peace with their own humanity and invites them to consider the interconnectedness of our world.

“I'm learning that the Incarnation reveals that everything is sacred,” he says. “Our bodies, our relationships, our emotions, the air we share, the ground we walk on, and the stardust we are made of are humming with the presence of ‘God-with-us.’ Even in our human limitations and imperfections, we are not separate, but connected. Everything belongs, as Richard Rohr puts it, for we live in ‘a Christ-soaked world!’"

The response of Susanne Guenther Loewen, a co-pastor of Nutana Park Mennonite Church in Saskatoon, concurs with Heikman. “The Incarnation of Jesus confirms for us that this world matters,” she says. “Salvation doesn't whisk us away from our bodies or our earth, but confirms their sacredness, that they are inhabited by, and infused with, the Divine Presence. The Incarnation therefore isn't a one-time event in history, but Christ is incarnate every time love is embodied and lived out among us. In this sense, as medieval mystic Meister Eckhart says, ‘We are all meant to be mothers of God,’ bringing the Divine to birth in the world,” she says.

Ric Driediger of Rosthern Mennonite Church speaks about two Incarnations. He says the Incarnation of Jesus is the “second incarnation”; creation is the first.

Driedger references Romans 1:20: “For since the creation, God’s invisible qualities have been clearly seen.”

“First Nations people describe the Creator as continually giving birth to creation. ‘He was in the world, he made the world, but the world didn’t recognize him’ [John 1:10].

“I believe Incarnation first happens in creation”, says Driediger, “God, the Creator, is continually pouring herself into creation. The Word can be clearly seen through what she has/is made/making: in the baby that is born; in the northern lights; in the power of a storm; in the little plants that grow in spring; in a waterfall or a forest or the stars at night. All these things and much more are the Incarnation, the first Incarnation, of God becoming matter.”

The reality of God’s life in our world is also a calling, a question that asks people to respond, say Lisa Martens Bartel, pastoral leader of North Star Mennonite Church in Drake, and Curtis Wiens, pastor of Aberdeen Mennonite Church.

“By joining as a member of the community of creations, God demonstrates that matter and spirit are intrinsically interconnected,” says Wiens. “In this truth, I recognize a foundational biblical grounding for Christian concern for the Earth in the face of ecological crises. If God so loved the world that he sent his only begotten son, then shouldn't we follow God's lead in loving the world in order that life may abound?” he wonders.

And while Incarnation can seem like a heady, theological concept, its impact is grounded in the world, in people’s longing for peace and justice. “In the beginning God created the world in perfection where all things work together in perfect shalom,” says Martens Bartel. “Isaiah has a vision about a future where that shalom is restored [in Isaiah 11], where the wolf and the lamb, the child and the leopard, the baby and the snakes all play together. It's a vision of the peaceable kingdom where justice and peace will prevail.

“It's obvious that we aren't there yet and, just like Jesus was, we are living in that in between time in between the shalom God created and the one promised in Isaiah,” she says. “Jesus' Incarnation—his coming to earth—was God's way of showing us what it should look like to live in the in between. We needed, and still need that human example to show us that it's possible to live out God's shalom values in our broken world. Every part of that Incarnation, from his less-than-perfect family tree, to his humble entrance to the Earth, to his ministry and death, Jesus points us back to God's shalom-making ways.” 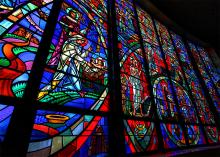 The incarnation of Jesus Christ is such an important issue, and thankfully, the truth regarding this has been revealed to us through Scripture. I find nothing in God’s Word to support the quotations presented to us here from Richard Rohr and Meister Eckhart.

On the other hand, Paul’s testimony in 1 Timothy 1:15-16 contains a powerful statement that encapsulates the main reason why the incarnation of Jesus Christ matters: “…Christ Jesus came into the world to save sinners, among whom I am foremost. Yet for this reason I found mercy, so that in me as the foremost sinner Jesus Christ might demonstrate His perfect patience as an example for those who would believe in Him for eternal life.”