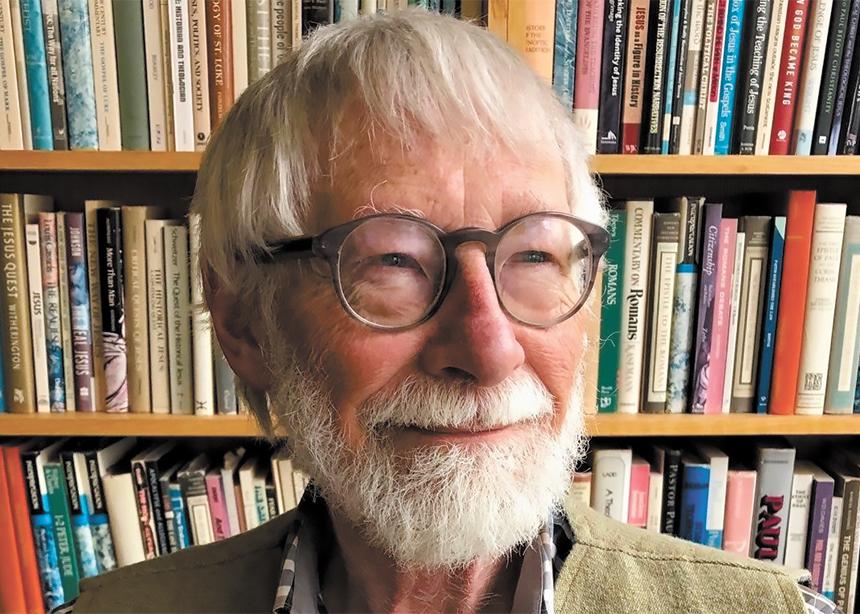 Many churches today are distancing themselves from denominational labels like “Mennonite,” to appear more inclusive. Renaming churches “The River,” “The Mosaic,” or “Hope City” is one way of communicating this. Others embrace the name “Mennonite” because they want to celebrate their distinctiveness. Both see their decision as part of their witness.

Mennonite Church Alberta invited Gerald Gerbrandt, president emeritus and professor emeritus of Bible at Canadian Mennonite University in Winnipeg, to facilitate its annual Faith Studies event over two days in late April, by leading a presentation on why, or if, the regional church should care about denominationalism. A self-described “denominational junkie,” Gerbrandt defined, explored, and challenged about 50 online participants to look at the history of denominationalism and how it shapes the church in different ways.

According to German theologian Wolfhart Pannenberg, “The greatest scandal of Christianity is denominationalism.” But not everyone agrees. A common perception is that denominations are based on splits but, as Gerbrandt pointed out, “Many movements did not even want to be a denomination,” and “denominations are largely rooted in reformations which hoped for a shared understanding.” This would have included Anabaptism, which he did not define as a denomination but rather as a movement.

So how is a denomination defined?

Gerbrandt defined “denomination” as “any branch or subgroup of the church with a common identity,” adding, “Two things must exist: some level of formal organization, and some agency or ability to make decisions about theology, ethics and polity.” Most confessions of faith do not even speak about the church in terms of denominations but primarily as individual congregations or as a global body, he said.

From a biblical perspective, the church is one, he said, quoting: “One Lord, one faith, one baptism.”

For the first thousand years there was only one church, he said, but now that multiple denominations exist, he wondered if that is such a bad thing. Some define a denomination as just a way to name a group of particular people. Mennonites are a particular people who are pacifist and believe in believer’s baptism, he said, while Pentecostals are a group whose Holy Spirit theology is distinctive. Perhaps the problem is less about being different and more about why no one is working together as one, he suggested.

Multiple comments were made around the need to foster a broader identity as Mennonites. “The very act of being a denomination implies there is more than one way to see truth,” a participant said. But discussion around the difficulty of finding openness to new ideas led to the story of how MC Canada and the Mennonite Brethren denominations have sometimes struggled to work together, each challenged to accept different positions or ways of doing things.

How can the global church become fully visible to the world if we don’t work together? “We used to talk about being in a post-denominational world,” said Gerbrandt, “but no longer.”

He recalled when the ecumenical movement gained momentum and how significant work was getting accomplished. Now, due to internal divisions around issues such as women in leadership, sexuality and biblical interpretation, he said the focus has shifted back inwards, with denominations struggling to maintain unity even within.

But fresh ways are also arising to promote unity.

Joanne Moyer of Edmonton First Mennonite noted the potential in different denominations working together on environmental issues. Working together can be a way to celebrate diversity and bear witness to the world that we’re not always divided.

What role can denominations play?

Connecting local and larger church bodies can create context for congregational accountability, Gerbrandt said, and it can also open a door for greater theological and ethical reflection in different contexts.

“Are we able to be open to others’ ideas?” Gerbrandt suggested Mennonites ask themselves which part of the broader church they find themselves most removed from and explore that.

John Woollard of Edmonton First Mennonite, who served in Botswana, shared how Mennonites intentionally chose not to plant churches in the African country, feeling that there were already enough denominations represented there. On the other hand, Pastor Will Loewen of Trinity Mennonite Church in DeWinton, talked about an opposite experience, when he met a network of Christians in South Korea who were benefactors of Mennonite Central Committee’s work and who felt abandoned when they could not find churches that reflected their Mennonite identity.

Overall, denominationalism was seen as something positive by the participants, celebrating diversity which occurs naturally in every culture, and is part of Christian witness as followers of Jesus who prayed his disciples would be one. 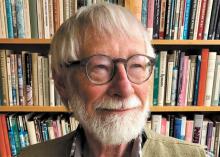