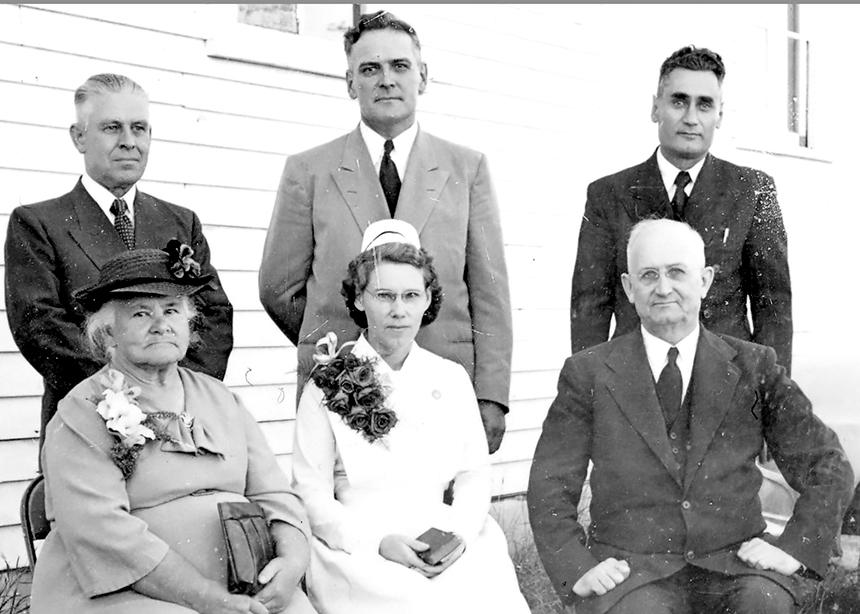 At a time when a woman’s sphere of influence was limited to hearth and home, Anna Dyck was making a difference.

Dyck spent nearly 40 years of her life as a missionary in Japan. During those years she lived in three communities and worked as a nurse, Bible teacher, pastor and church planter. She helped establish four congregations that are still in existence today.

Born on Sept. 28, 1921, in Schönhorst, Russia, she immigrated to Canada with her family when she was 2. Her parents, Henry and Suzanna Dyck, settled on a farm near Drake, Sask. Her father died before she left home, leaving her mother to run the farm with Dyck’s younger brother.

When she was 12, Dyck heard a presentation by a missionary to India, and felt God calling her to the mission field, too. Yet she didn’t become a Christian until she was 18.

She completed high school by correspondence. After attending both Rosthern Bible School and Swift Current Bible Institute, she made a commitment to become a missionary.

She studied to become a nurse in Saskatoon, then worked as a nurse in Winnipeg to pay her way through Bible college.

When she applied to the General Conference Mennonite Mission Board, she thought she would be sent to India. Instead, the mission board told her they had need of a missionary nurse in Japan.

At 32, Dyck was ordained at North Star Mennonite Church in Drake. She packed her belongings into barrels in the kitchen of her mother’s house. She and her colleague, Martha Giesbrecht, also from Saskatchewan, travelled by train to Seattle, where, on Sept. 22, 1953, they set sail for Japan.

They sailed on a freighter. The ship’s captain insisted these two missionaries sit at his table, saying, “There are lots of people praying for you, so our ship will be safe.”

Dyck arrived in Kobe, on the main island of Honshu. She spent three years in language study, discovering along the way that, in the Japanese language, there are many different ways of saying the same thing.

One of her first tasks as a nurse was immunizing missionary children. In addition to nursing, Dyck taught English classes, using the Bible as her textbook. She also led Bible classes in the hospitals where she worked.

She kept in touch with family back home. Her niece, Grace MacDougall, recalls her Aunt Ann’s much-anticipated airmail letters, and also the “gigantic box of Christmas gifts” she shipped home each year.

“While on furlough,” says MacDougall, “she would make us Japanese meals.” Dyck’s meals might include raw eggs or seaweed. MacDougall remembers saying, “Aunt Ann, do you really expect us to eat this?”

Furloughs were not restful visits. Like her colleague and contemporary, Esther Patkau, Dyck spent her furloughs travelling across Canada, speaking in Mennonite churches about her work in Japan.

MacDougall remembers her aunt as a quiet, reserved woman. “She had taken on the personality of the respectful, kind people of Japan,” she says. Once, at a family meal, Dyck was asked to say grace, but demurred to her host. “You pray for the meal,” she told him. “It’s your home.” But she had requested that after supper they have a prayer meeting in the living room, which she would lead. “She had learned how to quietly lead without being domineering,” says MacDougall.

The first church Dyck planted was in Miyakonojo, on the island of Kyushu. It began as a Bible study group of six or seven people who met on rice floors in a rented building. Eventually the congregation grew to more than 100 members.

Her second church was in Takajo, a 30-minute drive north of Miyakonojo. Here she worked for 14 years, building another small group of believers into a strong, independent congregation.

In September 1979, at 58, Dyck moved to Sadowara, where she established a third congregation. In 1986, when she was 65 and due to retire, Dyck asked for and received permission to remain in Sadowara another five years. She felt there was still work to be done.

When the mission board called her back to Canada in 1991, she still wasn’t ready to retire. The Japanese congregations she had founded urged her to connect with Japanese people living in Surrey, B.C. And so, at 70, she established a fourth congregation there, under the sponsorship of the Japanese churches.

Dyck returned to Drake in 1998, but found retirement difficult. MacDougall recalls her lamenting, “They don’t see me as a missionary here; they see me as an old lady.”

In 2007, Dyck wrote her life story, entitling the 70-page volume Where He Leads Me I Will Follow. 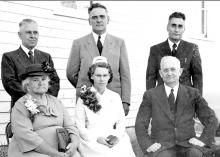 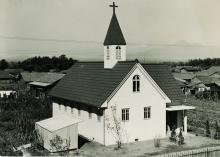 What an inspiring and motivating story. Truly inspirational. Wonderful memories for her family and friends.

Thanks so much for submitting my aunt's life history! She was a truly amazing woman! Her whole life was committed to serving the Lord. We were so blessed to have her with us for almost 97 years. God is so good!