Where is Berlin (Ont.) Mennonite Church?

Berlin was renamed Kitchener a century ago 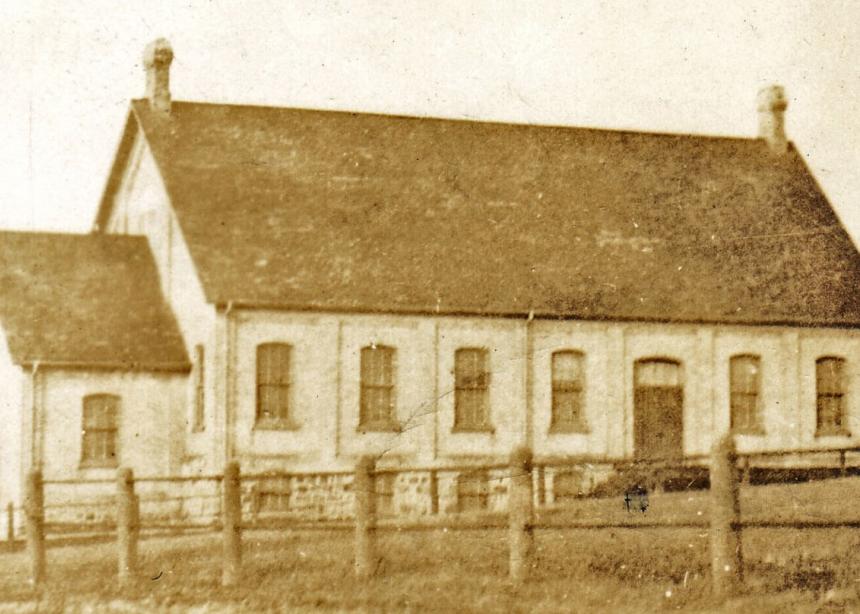 During the First World War (1914-18), some citizens of Berlin, Ont., grew uncomfortable with their city’s name. At war with the Germans, they did not want to be identified as coming from a city with a German name. A plebiscite changed the city’s name to Kitchener, after a British military leader.

According to Laureen Harder-Gissing, librarian and archivist at Conrad Grebel University College in Waterloo, Ont., Berlin Mennonite Church wondered what to do. Its members wanted a name that reflected their location, but were not prepared to name themselves after a military leader, especially one whose reputation was already tarnished from his behaviour in the Boer War in South Africa. There, he participated in—and increased the use of—concentration camps to imprison Boer women and children, and the burning of Boer farms to take away support for the guerrilla fighters. The camps were known for lacking space, food, sanitation, medicine and medical care, leading to rampant disease and a very high death rate for those incarcerated there.

Mennonites wanted no part in this, so they renamed their congregation First Mennonite Church.

In a presentation on Oct. 17, 2016, as part of the Waterloo Region Museum’s “City on edge” exhibit, Harder-Gissing noted other effects on the local Mennonite population. Men were publicly pressured to enlist. With the 118th Battalion, a unit in the Canadian Expeditionary Force barracked right in the city, some men were forcibly taken to the recruitment centre or beaten up on the street, although none faced the same fate as two Amish-Mennonite men from East Zorra, west of Waterloo, who were forcibly taken from their farm work and only released after six weeks of lobbying the government of the day by church leaders. Soon men carried two pieces of identification—one from the church identifying them as Mennonite, and another from the government certifying that they did not need to serve in the military.

Harder-Gissing’s presentation was her preparation for a new exhibit for the Grebel library that will replace the current “Conchies speak” display next April. “Conchies” were conscientious objectors during the Second World War, a time which saw Mennonites much more involved in society than during the First World War.

During WWI, an incident occurred by the Kaufman Rubber Plant at King and Water Streets, which involved two of my mother's relatives. The young women were awaiting a bus to return home to Elmira, when a bunch of drunk people exiting a local bar overheard them speaking Pennsylvania German to each other. The drunk people grabbed these women and dragged them to nearby Victoria Park, and tossed into the lake. Neither was able to swim and might have drowned, had a local businessman not followed the group and rescued them. I had learned of this event in a course on local history taken at university in 1985, and when I related it to my parents, Mum said they were her cousins.