‘What will happen to us now?’

A son recalls his mother’s experience of the 1918 pandemic 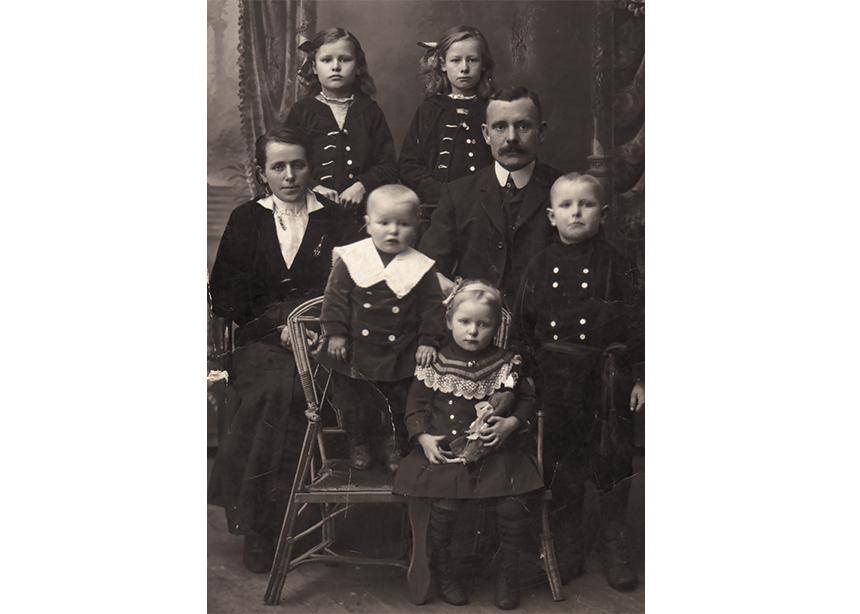 Jake Buhler’s mother, Maria, top left, is pictured with her family before tragedy struck in 1918. (Photo courtesy of Jake Buhler)

COVID-19 has given Jake Buhler pause to reflect on his family history and how it has been shaped by pandemics.

In 1918, when both the Spanish flu and tuberculosis were wreaking havoc in South Russia, Buhler’s mother Maria was an 11-year-old girl growing up in the Mennonite village of Grigoriewka. She was the second of seven children born to Helena and Heinrich Pauls.

Many years later, Buhler recorded his mother’s Low German recollection of events, translating it to English.

“I helped look after both of them, trying to make them comfortable, giving them food and water and other things,” said Maria. Her parents spoke to each other through the opening in the shared stove between their rooms. “‘Are you still alive?’ each would call out to the other,” she said. “Each was worried that the other might have died when there were long silences.”

Maria was with her mother when she died, as were her father and her older sister. She recalled how her mother spoke the name of Jesus four times as she was dying. “The last time she had just enough strength to whisper the name,” Maria said.

Her father attended his wife’s funeral, though he was already very sick, Maria remembered. “He shivered as a result of his chills,” she said. “He was very, very sad.” After the funeral, she said, “He begged God to ‘take me to the place where my wife is.’”

Buhler says his mother had a vivid memory of standing beneath a mulberry tree and saying, “Now that our father is dead, what shall we children do?” Her six-month-old baby sister had died of tuberculosis just two weeks before their mother died. And a few months after their father’s death, her older sister also succumbed to tuberculosis, leaving Maria the eldest of the surviving children.

“She [felt] she should care for her younger siblings because she was the oldest,” he says. “It was an existential question. ‘What will happen to us now?’ ”

The children went to live with relatives in three different households. Her maternal grandparents took in Maria and her brother, Jacob.

“She didn’t have a childhood,” Buhler says of his mother. “She became an adult long before she should have.”

In 1925, when Maria was 18, she began the emigration process to Canada with Jacob and their grandparents. When they reached Southampton, England, Jacob was detained for health reasons. The grandparents left Maria with her younger brother and set sail for Canada.

When Jacob was finally able to travel, he and Maria crossed the Atlantic on their own, telegraphing their grandparents in Osler, Sask., when they finally arrived in Quebec City. Then the siblings travelled by train to Saskatchewan.

In Osler, Maria went to work as a maid for a 34-year-old bachelor named Cornelius Driedger. Eventually they married and had three sons. After he died, Maria married Bernhard Buhler, who had been her sweetheart years earlier in Russia. She had another four children with him. She died in Saskatoon in 2002 at the age of 96.

Buhler marvels at his mother’s resilience. “She lost her parents and her siblings,” he says. “She went across the ocean unaccompanied, went to Osler, didn’t know a soul. She raised seven kids with two husbands and outlived them both.”

Perhaps Maria’s own words offer a clue as to how all of that was possible: “I can say we went through very much sorrow and loneliness, but our God was always with us.” 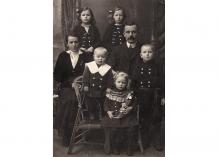 Jake Buhler’s mother, Maria, top left, is pictured with her family before tragedy struck in 1918. (Photo courtesy of Jake Buhler)

Living at the parsonage in Osler from ages 6-12 with my own grandparents back in Manitoba, Mrs. Buhler was our neighbour and she was called “Grandma Buhler” in our household. She was known by the neighbourhood children for giving out full-sized chocolate bars at Halloween. Her home was warm and welcoming, and I never knew what she had endured as a child until now.