For what purpose has Christ grabbed hold of you? 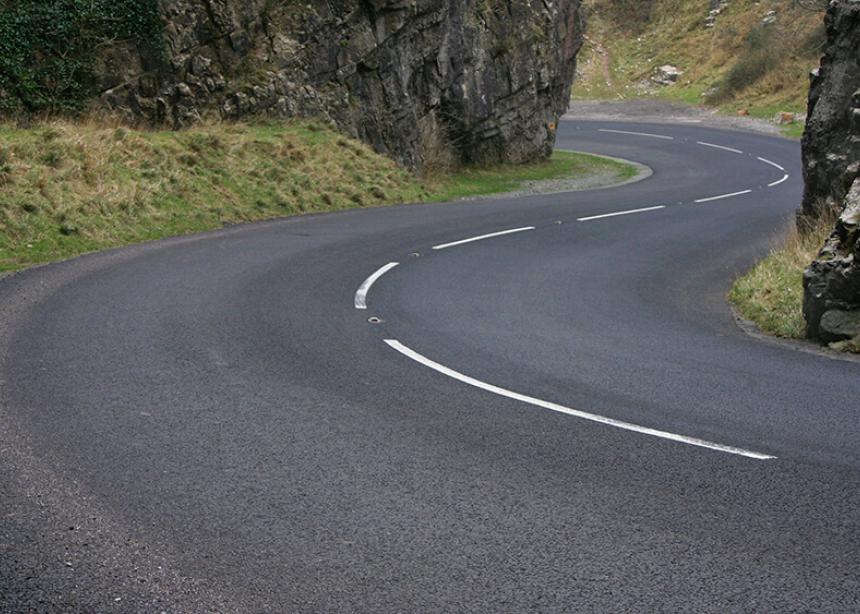 A year ago, when a colleague and I spent an intense two days in the beautiful Fraser Valley of B.C. with the writing team for our Leader magazine, I met this passage again as part of the 2016 lectionary texts for Lent. Many important and life-giving words from these texts (including Isaiah 43:16-21, Psalm 126 and John 12:1-8) spoke to us and led us to the theme of “Living ink,” as well as to weekly sub-themes for this important church season.

As I reread the notes from our writing retreat in preparing this reflection, I remembered how we considered these texts in the light of the wide and varied contexts of our North American Mennonite congregations within Mennonite Church Canada and MC U.S.A. I remembered the team’s growing passion and determination to speak good news into all these contexts.

We were gripped by a sense that many worship settings would be challenged by our struggle with diversity and that our sense of denominational unity would be fraying. Could these texts help worshippers be reconcilers who grow in relational connections, even in the face of political and media-based fear-mongering? Could they help us see the face of Jesus in our perceived enemies? We prayed they would.

As we focussed on the texts for this fifth week of Lent, we perceived themes of living forward and turning towards newness. God’s subversive and unexpected values came into clearer view for us, as did the process of deepening faith and trusting actions. We wondered about the original purpose of selecting texts that seemed so extravagant and over-the-top for this week—just before the sobriety of Passion Week. As we settled on the storied theme of “Living ink,” the sub-theme of “An unexpected twist” seemed right for this place in this year’s Lenten worship story. (For more on the work of the planning group, see “Worship plans connect churches across continent.”)

When I revisited the texts for this particular week of Lent on my own, the weekly theme, “Living ink: An unexpected twist,” provided a helpful lens for reading both the written and living Scripture. Living Scripture refers to God’s ongoing revelation in our lives. There were definitely words here that lived on in the story of my life. The Epistle reading called out to me like an old friend, for the Bible verse I was given at my baptism, back in 1968, ends this week’s reading from Philippians. The words have often been “Living ink” for me, encouraging me to keep going when I’ve been discouraged by life’s events.

As I returned to these words this time, and studied them in their place within the letter, I thought more about Paul’s life, and the place in life from which he was writing. I empathized with Paul, an imprisoned veteran of church planting and nurturing, as he wrote to the congregation at Philippi. I heard his frustration with those he referred to as “dogs” (Philippians 3:2), the common term used for gentiles by Jews. These “dogs” were either Jewish or gentile Judaizers who were threatening to get the mainly gentile Philippian congregation off track.

Commentators aren’t sure who these “dogs” were, but the irony of his possible reference to zealous Jews as gentiles in this particular conflict around circumcision is rather sweet. What matters more is that some people were promoting a message of Christ’s grace plus adherence to Jewish circumcision practices, and Paul, steeped in Jewish law observance with the best of Jewish pedigrees, disagrees strongly—and with good reason. His own zealous adherence to Jewish law led Paul to persecute the followers of Jesus’ way. It was only a most unexpected twist by Jesus himself, who blinded him and stopped him in his zealous, law-abiding, persecuting tracks on the road to Damascus, that redirected him towards the greater purpose Christ had for him, and for them, towards the superior value of knowing Christ Jesus (verse 8).

“Knowing” was a loaded term for Paul, formed by study in Hebrew Scriptures, carrying meanings of intimate connection and lifelong commitment. It included head, gut and body knowledge. Knowing Christ, being found in him (verse 10), meant knowing both the amazing power of the resurrection that broke down the barriers between Jews and gentiles, and the path of suffering that was part of living into God’s reign in a fallen world. But this suffering was made bearable by the knowledge that God’s love and righteousness were stronger, and more enduring, than the sting of death. They were stronger than the social and cultural divisions that were part of the early churches.

Paul’s maturity and clear sense of purpose in this letter impresses me. I appreciate the way he reflects on what mattered most in his life of faith, and what could root this congregation securely in the good news of “God’s upward call in Christ Jesus” (verse 14). As a youth, I heard the excitement of striving to win the race in this text. Now, after many years of running this race, with the attendant scrapes and scars of running with other sinners toward the already-but-not-yet reign of God, I am more inspired by the promised goal of growing fully into Christ.

I also appreciate the humility of Paul’s acknowledgement, “It’s not that I have already reached this goal or have already been perfected” (verse 12a), and, “Brothers and sisters, I myself don’t think I’ve reached it” (verse 13a). To my relief, I found out from commentators that the Greek word Paul used for “perfection” meant maturity and continued formation towards a goal. That, I can also aim for. But I also appreciate Paul’s continuing determination that this race is indeed worth it: “But I pursue it, so that I may grab hold of it because Christ grabbed hold of me for just this purpose” (verse12b), and, “I do this one thing: I forget about the things behind me and reach out for the things ahead of me. The goal I pursue is God’s upward call in Christ Jesus” (verses 13-14).

Christ definitely grabbed hold of Paul for a purpose, but the call is also mine. I sensed that vaguely at my baptism almost 48 years ago. In my adult life, the Spirit has repeatedly nudged me back into the peculiar Mennonite arena for making work and worship one, often through unexpected twists and seasons of struggle. Even after my employment ended last November, Mennonite opportunities to serve with my words, like this one, keep coming. And when I obey, and study and reflect to write or speak, I feel aligned with the Spirit.

For what purposes has Christ grabbed hold of you? He doesn’t always use the strong-arm tactics it took to turn Paul around, but it does seem that God’s Spirit enjoys using the unexpected twists and hard experiences of life to achieve redeeming outcomes.

Lent is “laced with strange mixtures of excitement and fear, success and failure, loyalty and betrayal, affirmation and denial, life and death,” writes Charles Olsen in The Wisdom of the Seasons: How the Church Year Helps Us Understand our Congregational Stories. Lenten experiences don’t all come in the six weeks before Easter, but are part of our everyday lives. Recognizing the “Lent twists” helps us live purposefully toward and through difficult encounters.

More broadly, will knowing that God’s reign will come—on earth as it is in heaven—make the struggle towards God’s way of righteousness now worthwhile? Will the sense of God’s grace grabbing hold of us individually and as a church, and of perfecting us as we keep saying yes to God’s good dream, make it easier for us to face the challenges of being a faithful church in our context? If so, this is a gift of great grace: “It is the righteousness of God that is based on faith.”

I, too, have reason for confidence in the flesh. If anyone else has reason to be confident in the flesh, I have more:

circumcised on the eighth day, a member of the people of Israel, of the tribe of Benjamin, a Hebrew born of Hebrews; as to the law, a Pharisee;

as to zeal, a persecutor of the church; as to righteousness under the law, blameless.

Yet whatever gains I had, these I have come to regard as loss because of Christ. More than that, I regard everything as loss because of the surpassing value of knowing Christ Jesus my Lord. For his sake I have suffered the loss of all things, and I regard them as rubbish, in order that I may gain Christ

I want to know Christ and the power of his resurrection and the sharing of his sufferings by becoming like him in his death,

if somehow I may attain the resurrection from the dead.

Not that I have already obtained this or have already reached the goal; but I press on to make it my own, because Christ Jesus has made me his own.

Beloved, I do not consider that I have made it my own; but this one thing I do: forgetting what lies behind and straining forward to what lies ahead,

I press on toward the goal for the prize of the heavenly call of God in Christ Jesus.

1. As you think back on the path of your life, where were the unexpected twists? What were the factors that caused these twists and turns? During these times of uncertainty and confusion did you think of God as the author of your life? Who has more control over the pen, God or you?

2. What does it mean for your everyday life that Christ has “grabbed hold of you”? What are different ways that we can “know” Christ Jesus? In what circumstances is it difficult to remember the “surpassing value of knowing Christ Jesus”?

3. In Philippians 3, Paul says he is pressing on towards the goal. Do you think of your life as a race? How would you describe the goal or the prize? What are the obstacles? Is suffering an obstacle in the race of life?

4. Elsie Rempel writes that it seems as though “God’s Spirit enjoys using the unexpected twists and hard experiences in life to achieve redeeming outcomes.” Can you point to examples in your own life, or in your congregation? How does a mature Christian respond to the unexpected?