What ‘confessing your sins to one another’ isn’t 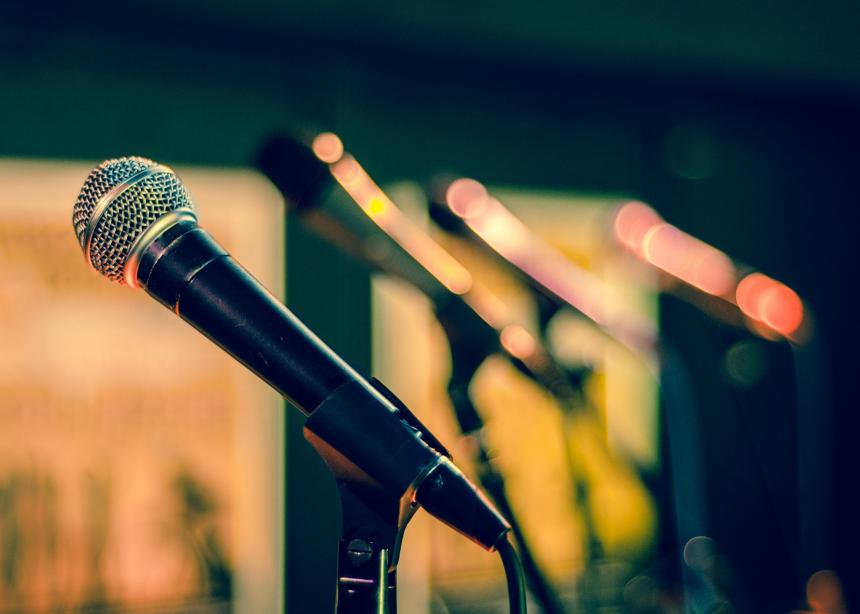 Confession is primarily between the individual and God, as I wrote about last month. Yet Scripture encourages us to confess our sins to one another (James 5:16). Why is this important, and how do we do this in healthy and helpful ways?

For starters, confession should be a free choice on the part of the one confessing. Some churches have a history of making individuals publicly confess certain transgressions in order to receive God’s forgiveness. Not the “harmless,” run-of-the-mill sins like gluttony, gossip and judging people. No, no. Only really “serious” sins, like getting pregnant outside of marriage and drinking alcohol, require public humiliation to acquire God’s forgiveness. (Perhaps I should add the sin of inappropriate use of sarcasm to this list.)

The irony here is that Jesus was conceived out of wedlock and he drank alcohol, meaning Jesus and his mother Mary would have been forced to stand before the congregation and publicly confess their sins if they attended these churches.

Few churches in Canada still practise obligatory public confession today. Thank God. I think it’s obvious that forced or coerced confession is toxic and abusive. It has no place in a Christ-centred community, and it’s certainly not what James had in mind when he encouraged us to confess our sins to one another.

Another form of communal confession some churches practise is “open mic” confession. This is where people are invited to confess their sins in a gathering such as a prayer meeting, small group or Sunday morning service. The impact of these confessions can be hurtful and destructive to the community and individuals involved. For example, when a middle-aged man stands up during a prayer meeting and says, “I want to confess my sin of lust here tonight. For years I’ve been lusting after Janet [a pseudonym],” you can imagine how unhelpful that confession would be for the church community, especially for Janet.

“Open mic” confession in any public setting is usually not a good idea. If someone is convicted and moved to confess during a gathering, there ought to be a clear process to follow. The ideal process would involve having mature spiritual leaders available to meet with the person privately during or after the gathering.

Mental-health issues, privacy and confidentiality issues, the potential for someone naming or implicating others in a confession without consent, inappropriate boundaries, and a desire to be the centre of attention are just some of the reasons churches shouldn’t practice “open mic” confession in public gatherings, including small groups.

The only exceptions might be “circles of trust” or “accountability groups.” However, it’s imperative that “circles of trust” have spiritually mature and well-trained leaders, and that accountability groups ensure everyone in the group is equally committed to confession and confidentiality, and that everyone has the maturity to honour this commitment.

Another common expression of communal confession is using a litany or prayer of confession that the congregation reads or recites out loud together. These can be very meaningful, especially for certain spirituality types. A creative use of Scripture, or a well-written and timely confession that poignantly articulates the depth of our personal, social and cultural responsibility for the injustice, inequality and suffering that permeates our world, can evoke a deeply moving and transformative experience. I appreciate having time to reflect on the words of a litany beforehand, so I’m prepared to speak the words of confession with honesty and integrity or to remain silent on any statements I can’t speak in good conscience.

On the other hand, participating in a litany of confession can feel forced and rote for many people, myself included. The monotone drone of the community mumbling through a reading in unison too often morphs into white noise more apt to induce a yawn than a heightened sense of needing God’s forgiveness and transformative power. (One of the definitions of litany is “a tedious recital or repetitive series.”)

A litany or prayer of confession can be an effective expression of communal confession, without question, but this is not what James had in mind when he encouraged us to confess our sins to one another.

So what does it mean to confess our sins to one another, and why is this important? That will be the subject of my third and final article on confession next month.

Read more Life in the Postmodern Shift columns by Troy Watson:
Confession as a personal spiritual practice
Worship as an act of loving God
Sharing life with your tribe
The clarity of divine call
'What's next, God?'