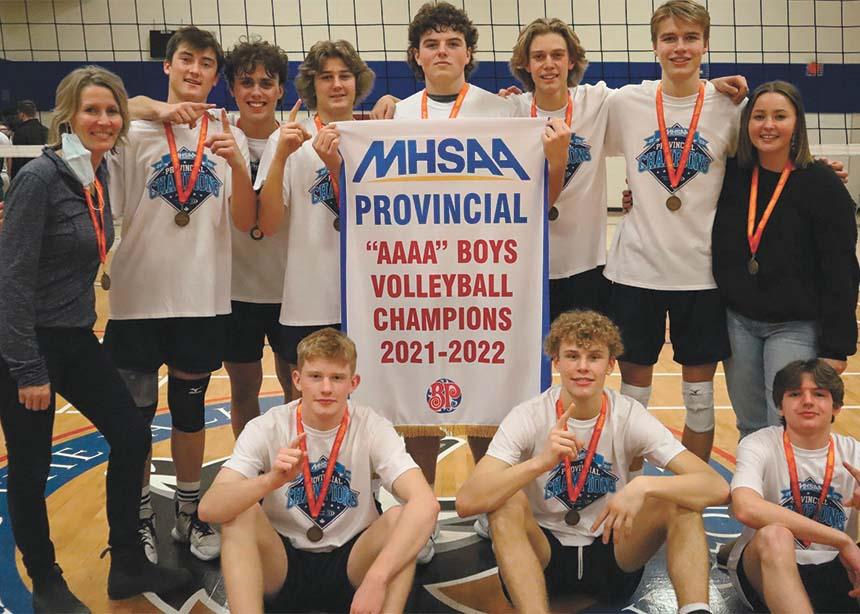 I first heard of Westgate Mennonite Collegiate in the fall of my final bachelor of education program year. It was 1978, and this very small school surprised the local sports scene by capturing the Manitoba Provincial “A” Volleyball Championship by defeating teams with several-fold larger school populations.

I joined the Westgate teaching staff in 1982, and it was clear that this championship was deeply embedded in school lore. Stories were often shared in the staff room about pounding spikes and big blocks amid the roar of a fully involved crowd.

Over the years, I came to know many of these former players at school community events, with several sending their children to Westgate to be part of the academic, spiritual, athletic and musical experiences the school offered. I enjoyed chatting with this group of alumni, and it was common to have the big ’78 win come up in conversation.

More than 40 years later, the school’s varsity boys team once again has achieved the unlikely by winning this year’s AAAA Provincial Volleyball Championship. While the school’s size normally posits its teams in AAA competitions, the volleyball planets of gifted players and strong coaching aligned this year to have the team opt to play against teams with much bigger enrolment, ending the season with a 30-0 record.

Guided by Coach Maiya Westwood, the team played spirited ball during the provincial tournament, albeit in front of cameras that streamed games in lieu of having fans in the stands. Team setter Sammy Ludwig was chosen tournament MVP. The Winnipeg Free Press placed the Westgate team No. 7 in the annual “Top 10 Sports Moments of the Year,” ahead of the Jets’ Laine-Dubois trade.

Many members of the ’78 squad watched the championship tournament online and they were delighted to see their athletic legacy replicated.

With pandemic restrictions in place, I was the only school representative allowed to watch the final in person.

No doubt, it would have been near bedlam if the games had been played live before the athletes’ friends and family.

Yet, for me, in my last year before retirement in June, I was heartened to see four sons of my former students make up the starting six, and former student Loriann (Sawatzky) Ludwig on the bench as assistant coach. It is a gift, in my year of many school related “lasts,” to have this “first since ’78” land inbounds before I leave. 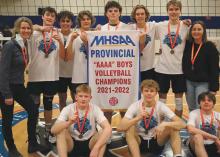