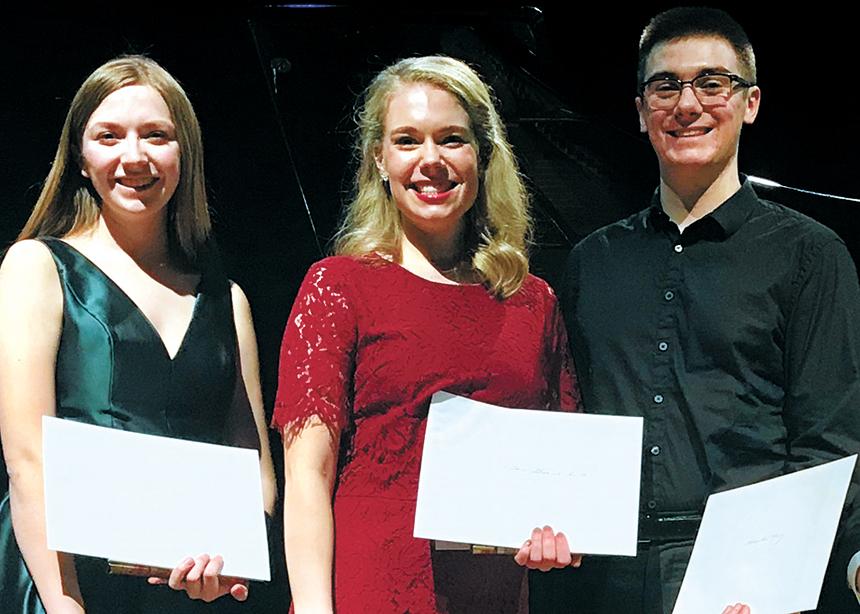 One Westgate Mennonite Collegiate student and two alumni are recipients of scholarships awarded by the Women’s Musical Club of Winnipeg.

These scholarships are three of the six scholarships worth a total of $11,500 that the club presented to up-and-coming musicians at a recital at the Winnipeg Art Gallery on Dec. 30, 2018.

Vic Pankratz, head of the choral department at Westgate, worked with the three recipients through their junior- and senior-high school careers.

“It’s fantastic to see,” he says. “The two Morozes and Christina are incredibly dedicated musicians. They’re very serious about making music. They’ve always wanted to be high-level musicians, and it’s great to see that they’re well on their way to making their dreams come true.”

Pankratz says he’s proud of their accomplishments: “It’s thrilling to be, in a small way, a part of that. They deserve to be highlighted because they’re such amazing musicians.”

Thanisch-Smith, who is studying vocal performance at the University of Manitoba, posted on Facebook after her win: “I’m very thankful for the Women’s Musical Club of Winnipeg and their constant support of young musicians.”

The scholarships are meant to further young instrumentalists’ and vocalists’ musical training. 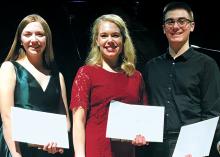