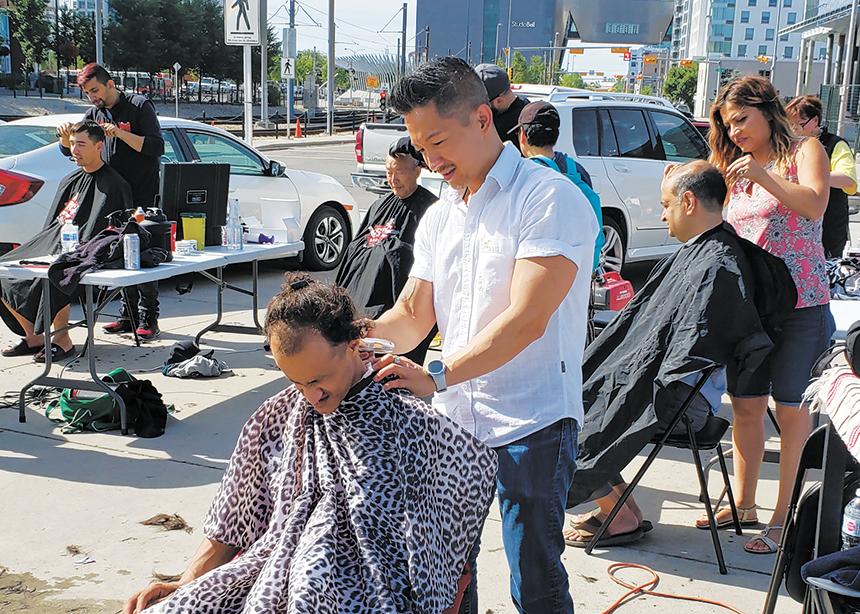 “We need more Peters! He’s only one man,” exclaims ex-offender Kayel Truong, when asked about the Bridges Ministries program run by Mennonite Central Committee (MCC) Alberta to help prisoners of faith successfully reintegrate into the community.

Peter Worsley, MCC’s offender reintegration chaplain, loves his job. “I get to experience the joy of seeing God work in offenders’ lives,” he says. “Over and over again I see them move towards God, towards Jesus, and every success makes me happy.”

According to Worsley, 95 percent of participants in the Bridges program do not re-offend.

Six months before their release, Worsley meets regularly with offenders to talk about a reintegration strategy that includes connecting the person with a faith community where they are then connected to a person willing to walk alongside them upon release.

Some call Bridges a “mentorship” program, but he feels that it is more like a “friendship” program. “I think the volunteer is not really mentoring because you are both learning,” he says. “They are on a path together.”

Once the participant is released, Worsley continues to meet with that person for coffee monthly until the parole date. Some relationships have continued, even up to 10 years. The coffee time provides an opportunity to check in and make sure they have all the community resources they need. It creates space to listen and learn what the real challenges are, so they can be addressed and prayed for. A holistic ministry, Bridges offers spiritual, social and emotional supports.

The present challenge has been to connect with prisoners during the COVID-19 crisis, as institutions are closed to only essential staff. Worsley says that, even though he can call prisoners who will soon be released, it is difficult to build trust over the phone.

Mennonites on the ‘cutting edge’ for how long?

Worsley has been working with MCC Alberta since 2003. In 2001, he had a dream that ended with him waking up and asking, “God, are you calling me to work with prisoners?” Then, when the opportunity opened up with MCC Alberta,  he asked his bishop what he knew about the Mennonites. The bishop replied, “What I do know is that the Mennonites are on the cutting edge of prison work.”

Worsley is afraid Mennonites are going to lose this reputation, as MCC is phasing out prison ministry over the next two years, to focus on international development. Currently, one third of the program is funded by Correctional Services Canada and the rest by donations from Mennonite churches and other faith groups.

Kayel Truong, an ex-offender who is currently working as a hair stylist and personal trainer, has nothing but good things to say about Bridges. “I don’t trust easily,” he says. “Peter was kind and caring. He would pray for me and was practically helpful. He was attentive and it was more than a job for him. There was love in it.”

Truong knows all about the challenges someone in prison has to face once they are on the outside. When he went in, he had power and money. When he came out, he had no power and had to learn to ride the bus. He had to work at repairing the relationship with his family, and he suffered anxiety and panic attacks.

“There was so much change,” he says. “Technology was all new, and I had to face my fears every day. If it wasn’t for my faith and for supports, I wouldn’t have made it.”

One message Worsley tries to pass on during coffee times is that it can be helpful to decrease the focus from all the anxieties of life to how the ex-offender can do good things for others.

Truong definitely found this to be true, as he discovered he could make a difference. While volunteering with a Christian friend in downtown Calgary, he overheard some homeless people talking about job interviews. All he could think about was, “How will they get a job without a decent haircut?”

One Saturday morning he decided to go to the East Village and offer free haircuts—right on the sidewalk. To his surprise, he was warmly received, with one man telling him he was an answer to his prayers.

Now Truong has a team of hairstylists who join him every Saturday to give free haircuts to homeless people. The team has been doing this for two years, having given more than 3,000 cuts so far.

In addition to offering the cuts, when the temperature drops to -35 C at night, he and his crew roam the city, passing out coffee, food and Tim’s cards to help prevent hypothermia and injuries.

“I gravitate towards stuff that touches my heart,” he says. “Getting to play a part in someone’s success gives me a lot of joy.” 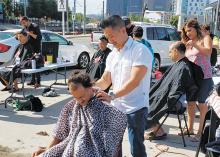 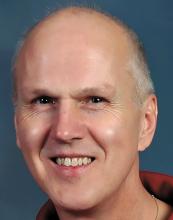