‘We had a huge spike’

Has the COVID-19 pandemic created lasting change for small farmers? 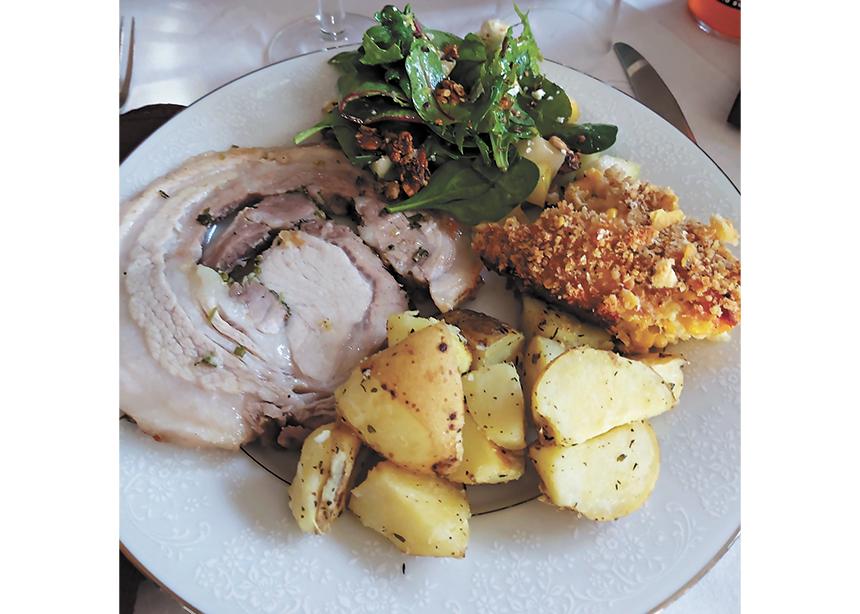 A meal at Grovenland Farm near Lanigan, Sask. (Photo courtesy of Grovenland)

When COVID-19 struck last March, farmers who sell food directly to customers saw a rush on their products.

“It seemed like people were just googling farms to go right to the source,” said Sarah Martin-Mills of Growing Hope Farm in Cambridge, Ont.

“We had a huge spike,” said Ben Martens Bartel of Grovenland Farm near Lanigan, Sask.

David Bunnett and his family raise cattle, pigs, and chickens—for meat and eggs—on about 160 hectares near Havelock, N.B. He said sales “shot through the roof” last spring. People were “unsure” about going to grocery stores, so outdoor pick-up from their porch was preferable. Demand came from existing customers as well as new ones and lapsed ones.

Many farmers sold out of their stock quickly. But if you sell pork, beef or eggs, you can’t ramp up supply in short order. So many direct-marketing farmers had to turn customers away once their existing stock sold out.

That was March and April. To what extent has the spring spike led to a sustained change in attitudes toward food? I asked four Mennonite direct-market farmers in four provinces. The people I spoke with said interest in the food they provide has evened off at a level somewhat higher, but not a lot higher, than in pre-pandemic times.

Martin-Mills said that if demand was at a baseline of three out of 10 pre-COVID, then hit 10 last spring, it would now be around four-and-a-half. She guesses that farms that did not have to turn away as many customers early on due to lack of supply may see greater sustained demand.

The dynamics for vegetable sales are different, in part because there were no local vegetables available in March. Still, many farms that offer a community-supported agriculture (CSA) subscription model sold out their pre-season orders more quickly than in other years. This was the case for the Metanoia Farmers Co-operative on the grounds of Canadian Mennonite University in Winnipeg.

Megan Klassen-Wiebe, who has been part of Metanoia for nine of the 10 years it has existed, said the co-op sold out its CSA boxes after a May newspaper article about increased interest in local food featured it.

She noted that one challenge Metanoia faced last season was the availability of seeds, since there was a rush on seeds as interest in gardening ballooned.

Although it is hard to gauge, she believes there is some increase in demand for local vegetables, but increasing production to match it is complicated, largely by limited growing space.

Other COVID-19-related dynamics that people mentioned include the Canada Emergency Response Benefits payments and reduced travel that resulted in more money for people to spend on food, gaps in availability of farm supplies (like greenhouses), booked-up abattoirs, the pressures of school-aged kids learning at home, and more people in rural areas growing and raising their own food (which, among other things, created a short supply of chicks).

At Growing Hope Farm, the pandemic put a stop to visits to the three-hectare farm. Marten-Mills said they used to have about 30 volunteers a week at the farm—women from a nearby prison, students, people with developmental disabilities and others. COVID-19 interrupted the community-involvement aspect that is a key part of Growing Hope.

Pandemic aside, I asked the four farmers what changes they have observed related to locally grown food over time. In short, the answer is fairly steady, gradual growth.

“Interest in buying local has been a slow, steady increase,” said Martens-Bartel.

Jeanette Sivilay, a former member of the Metanoia Farm, focused her master’s studies on small-scale agriculture in Manitoba. Sivilay, who now serves as coordinator of the Winnipeg Food Council, said there are a lot more CSA farms in Manitoba than there were a decade or so ago. She takes particular encouragement from the fact that a number of young farmers are starting families on the farm, an indication of their confidence.

The pandemic created an opening for advocates of local food to build on this.

“People re-thought a lot of things,” during the pandemic, she said, “including food.” Looking back at a window of dramatically increased interest that is perhaps closing to some extent, she asked: “Did we capitalize on this as much as we could have?” 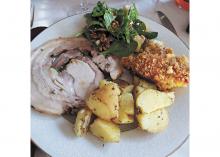 A meal at Grovenland Farm near Lanigan, Sask. (Photo courtesy of Grovenland) 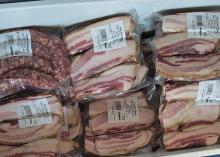 Bacon and sausage from Grovenland Farm near Lanigan, Sask. (Photo courtesy of Grovenland)