‘We are going to need more of each other’ 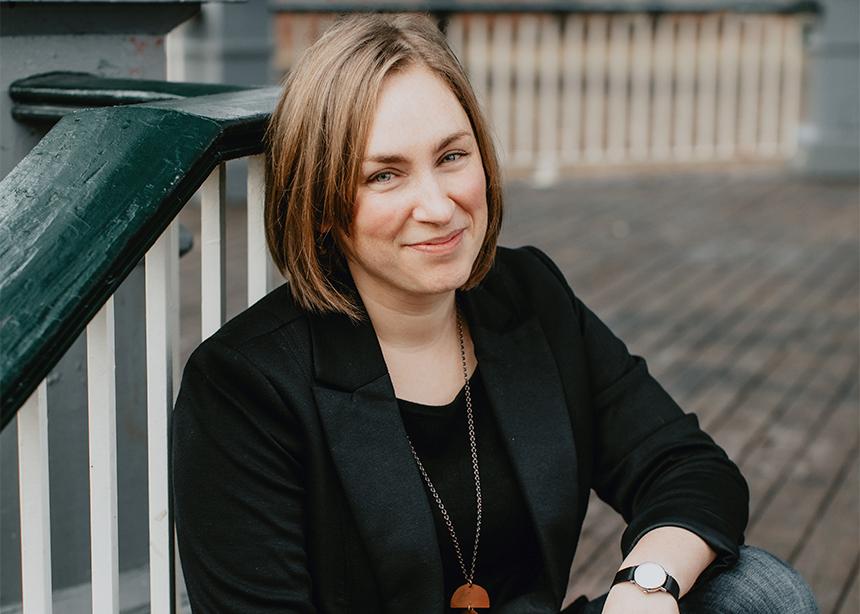 Leah Reesor-Keller, recently appointed executive minister of MC Eastern Canada, says regular opportunities to develop leadership gifts when she was growing up helped to prepare her for this role in the regional church. (Photo by Jacquie Reimer)

Leah Reesor-Keller anticipated that her work as the new executive minister of Mennonite Church Eastern Canada would involve “a lot of talking to people at potlucks.” She was especially looking forward to going to Montreal to eat Haitian food.

While the future of potlucks is unclear, Reesor-Keller is certain that “our need for a strong and supportive community as we journey together will only intensify,” as the church moves into the future. “We are going to need more of each other to walk this journey of faith together,” she says, “but that might not look like the institutional structures that were at the centre of communities . . . in the past.”

Reesor-Keller, 34, represents a younger demographic of church leaders. She feels a strong call to the executive minister position, convinced that “there is a role for my gifts at this time in service of the church.”

She says she is “comfortable navigating complexity and ambiguity.” She says her career in leadership and management in parachurch organizations, as well as her international experiences in Haiti, Jamaica, Nepal and other parts of South Asia, have helped to prepare her for this “kairos moment,” when shifts in church and society are accelerated by the pandemic.

Being forced to detach from “our regular ways of doing things,” is painful, she says. “Yet it also frees us” to try some new things. It calls for courageous imagination, trusting that there is a way forward even if people don’t know what that will look like. To support congregations and partner organizations that are “doing some pretty creative stuff even in the middle of a pandemic is really exciting to me,” she says.

Reesor-Keller, who speaks Haitian Creole, French and English, says that she is “energized by the way that [MC Eastern Canada] is moving to be intercultural. We have a long way to go but we’re taking real steps.” The church needs to do a better job of “listening to all voices in our community, to make sure that we aren’t missing where God might be saying something to us.”

She draws strength in all the change from the promise that God is present, saying, “God continues to act in the world. . . for good,” and people are called to follow God’s lead “to live in shalom with each other and with creation.”

“We are not alone,” she says of the regional church, whose members are one body in the midst of a bigger movement that includes MC Canada, Mennonite World Conference and the wider Christian body of faith.

She names two strong influences that have shaped her. One is her Swiss Mennonite background experience of faith “deeply embedded” in the Markham/Stouffville area near Toronto, with its strong kinship connections. She was further shaped at Mennonite schools and organizations that gave her regular opportunities to develop her gifts.

“Part of why, at 34, I feel equipped and called to take on a leadership role like this is because, since my childhood, I have been offered leadership opportunities in church.”

Her other strong influence comes from international experiences that developed a passion in her for what it means to be part of a global church.

She spent her foundational years between 6 and 9 with her family in rural Haiti, where she saw their village church become a place where people could express their hope in God, tie their experience to the biblical story of God’s faithfulness, and encourage each other in difficult circumstances.

As executive minister, she says, “I get to actually live and further the faith values that have inspired me in my life.”

She is excited that this role allows her to “be involved in so many different facets of church,” such as supporting leadership development, encouraging intercultural sharing and discerning where God is calling MC Eastern Canada now. She plans to share “My View from Here,” a weekly YouTube video blog (vlog) in English and French, as a way to connect across the regional church.

Reesor-Kellor is frank about ministerial sexual misconduct in the church: “This is part of a bigger piece that we are dealing with as a whole Mennonite faith. We are coming to terms with brokenness in our past.” She names the church’s history on racism and the discrimination faced by LGBTQ+ Mennonites as part of that brokenness. “We need to address the harm that happened,” she says. “My heart breaks for the people who have carried the pain of having endured abuse, of harm, of racism, for years and even decades. I am so thankful to those who have come forward to share their stories.”

She says Mennonites need to “look at ourselves, our institutions, our cultures,” to see how they “have been part of causing harm, or have not stopped it.” She is encouraged by the steps that have been put in place at all levels to make church a safe space for everyone.

Reesor-Keller is humbled to follow many dedicated and committed leaders. The regional church “has a long tradition of women in senior leadership positions in the church, she says. “I am grateful to those who have done very hard work before me, [who] make it possible for me to be called into this role and serve effectively.”

“I can see [MC Eastern Canada] thriving in the future,” she says. In her leadership role, she will keep asking, “Where is God doing new things, even as old things are passing away?” 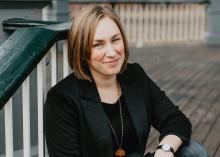 Leah Reesor-Keller, recently appointed executive minister of MC Eastern Canada, says regular opportunities to develop leadership gifts when she was growing up helped to prepare her for this role in the regional church. (Photo by Jacquie Reimer) 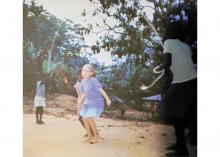 Leah Reesor-Keller, purple shirt in centre, jumps rope with friends in 1993, in Bwadelorens, Haiti, where she lived with her family for three years between the ages of 6 and 9. She credits her international experiences with helping to prepare her to take on the role of executive minister of MC Eastern Canada. (Photo courtesy of Leah Reesor-Keller)