‘Walking together, doing things together’ 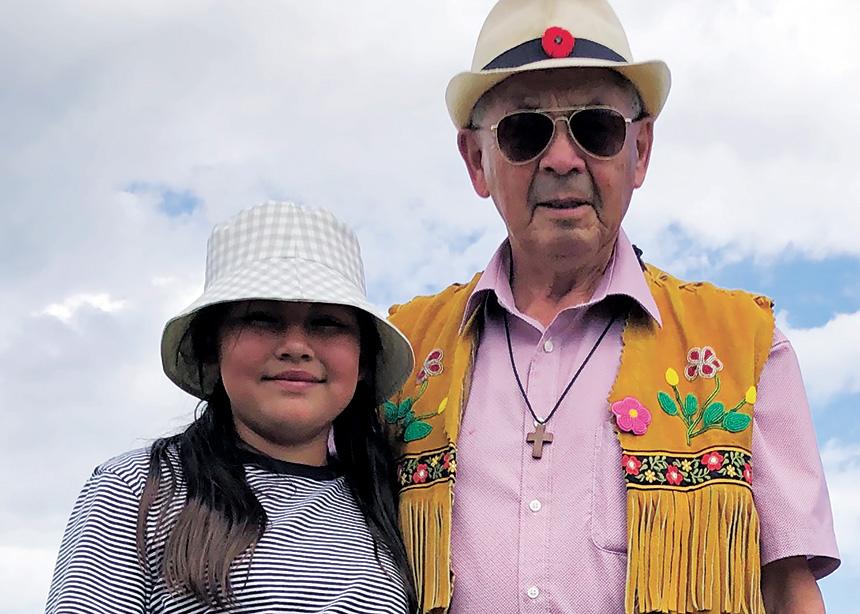 Although the focus was on the Roman Catholic Church when the Pope visited Canada in late July, Mennonites also have a role to play in promoting reconciliation with Indigenous Peoples in this country.

That’s the view of Norman Meade, 78, an Anglican minister and Métis elder-in-residence at the University of Manitoba, who directed the Aboriginal Neighbours program for Mennonite Central Committee (MCC) Manitoba from 2007 to 2012.

“Mennonites can reach out to Indigenous people, ask them to explain their ways, exchange stories,” said Meade.

His interactions with Mennonites go back to the 1960s.

“Menno Wiebe was one of the first Mennonites I met,” he said, noting Wiebe’s involvement with, and advocacy on behalf of, Indigenous Peoples in Canada through his work at MCC Canada. “We became good friends.”

Mennonite congregations can be involved in reconciliation by inviting elders to come and talk, Meade said. “That can help them understand how colonialization affected our people, how we lost our customs, practices, beliefs and ceremonies.”

These kinds of exchanges are a way to do peacebuilding, he said, adding “a lot of good work has already been done in that area. It’s a big part of the reconciliation journey.”

Another way Mennonites and other denominations can engage in reconciliation is by not planting churches among Indigenous people.

Support is always welcome, Meade said, but “don’t be out there to save souls. Help people on their own spiritual walks, however they do it with Creator. Respect the spirituality that is already there. We all pray to one God, Creator. We just have different ways of doing that.”

Meade was among the thousands in Mackwacis, Alta., in late July to hear the Pope deliver his apology. “It was a good and sincere message,” he said. “I felt it in my heart.”

Of great importance to Meade is passing hope to younger Indigenous people. That’s why he brought his eight-year-old granddaughter, Everlee, with him to Alberta. “We need to create a better future for our children,” he said. One way to do that, he said, was by accepting the Pope’s apology and moving on.

His message to young Indigenous people is, “Don’t give up, and don’t live in the past. It’s too painful to live there. Go forward.”

For him, this means “breaking the cycle of anger” over Indian Residential Schools.

“We need to move forward for our children’s sake, to prepare them for the future. The past is not something to stay caught up in.”

Meade didn’t attend a residential school. But his wife Thelma, who died two years ago, did. “Everlee is a second-generation survivor,” he said of his granddaughter.

It will take time, but Indigenous people need to use the apology as a way to start the work of making the world “a better place for our young ones than it was for us,” he said.

He acknowledged the path ahead will not be easy. “It will take time,” he said.

Doug Klassen, executive minister of Mennonite Church Canada, also felt positive about the Pope’s apology. “I was thankful to hear of individual abusive actions of those within the Catholic Church, and for his apology for the church’s collaboration with government on the concepts at the core of residential schools, and for the catastrophic effects that they had on Indigenous culture, heritage and lives,” he said. 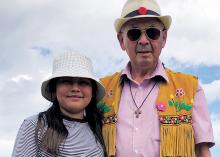 I agree entirely with Mr. Meade. The following nonsense we have been taught to believe is so passé: "I am the way and the truth and the life. No one comes to the Father except through me."; and, "So faith comes by hearing, and hearing through the word of Christ."